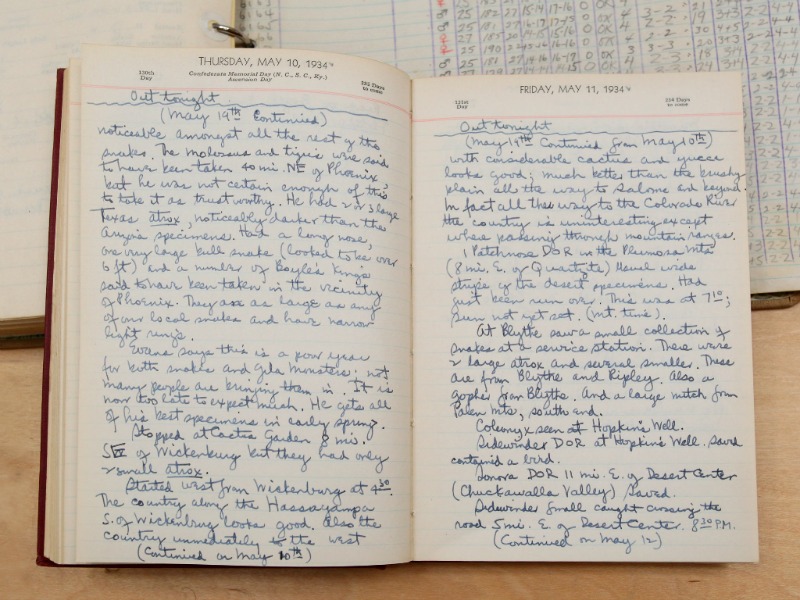 The Klauber Library, the personal herpetological library of Laurence M. Klauber, was donated to the San Diego Natural History Museum in 1967. This extraordinary collection of approximately 2,000 titles relating to the study of herpetology is available to visiting researchers by appointment. 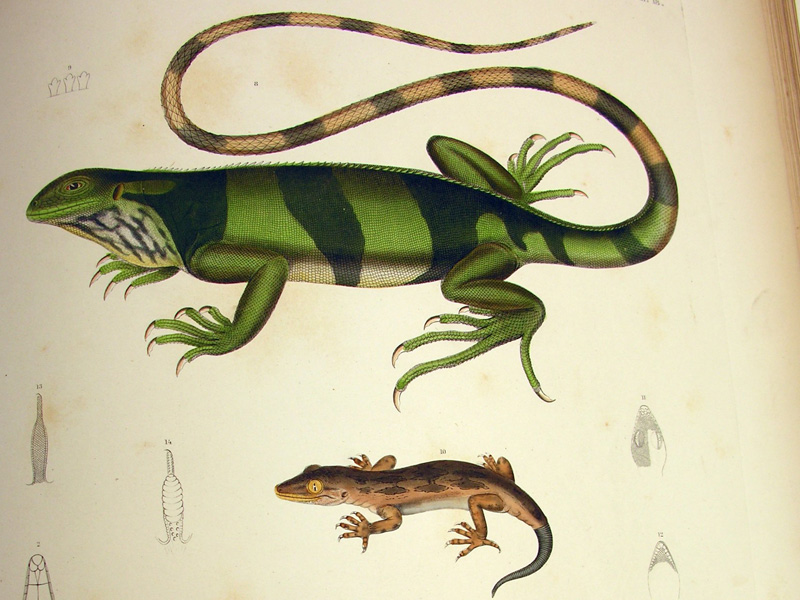 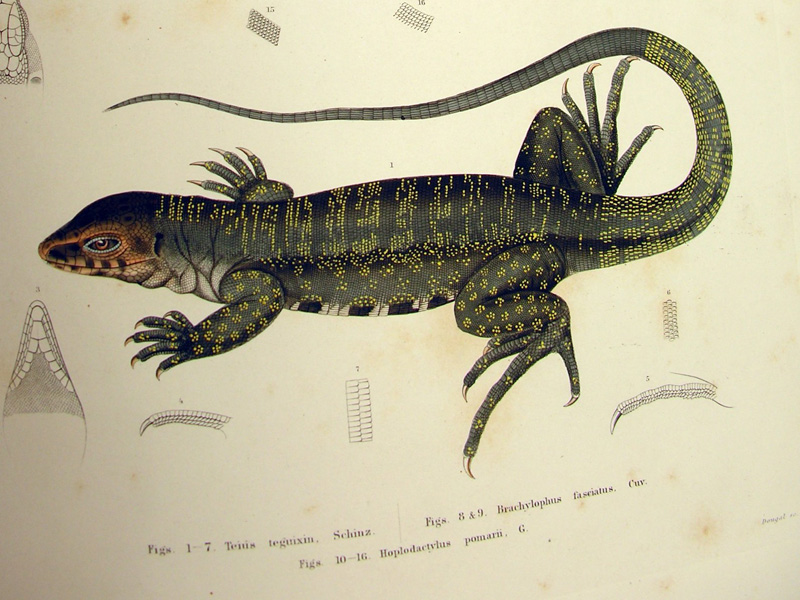 The U. S. Exploring Expedition surveyed the Pacific Ocean and surrounding lands from 1838 to 1842, returning with thousands of plant and animal specimens.  The Atlas of Herpetology (1858) was among the many publications resulting from the expedition.  Above, two images from plate 18: Teiius teguxin, Hoplodactylus pomarii, Brachylopus fasciatus.  Klauber Herpetological Library. 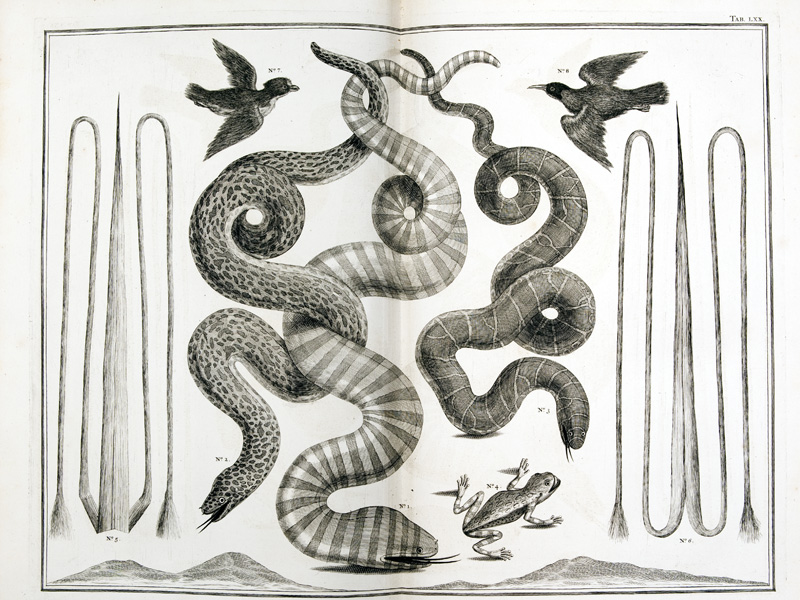 In addition to standard and hard-to-find reference works and journals on herpetology and related topics, the Klauber Library, in keeping with Mr. Klauber's interests as a bibliophile, includes many extremely rare and beautiful volumes on natural history, such as the 16th century Hortus Sanitatis. 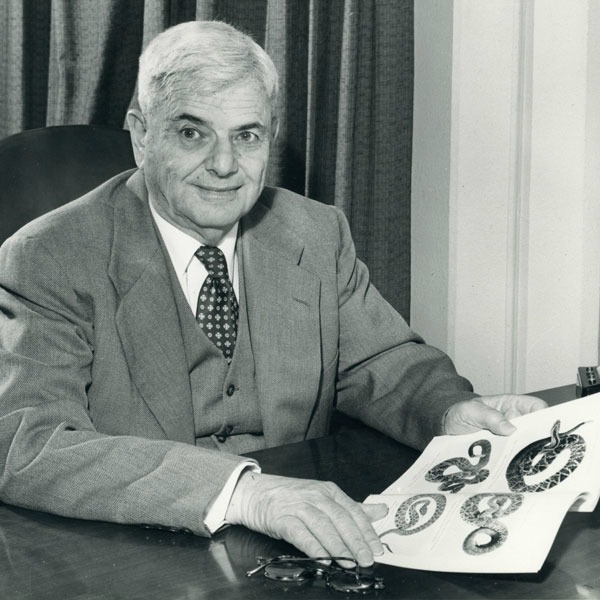 The collection also houses Klauber's extensive field notes and papers, as well as his personal research diaries. This library is one of the most complete collections of herpetological material in southern California.