Documenting how California’s wild places have changed over the last century.

In 1908 the Museum of Vertebrate Zoology at Berkeley mounted an expedition to the San Jacinto Mountain region, pioneering the exploration of southern California’s biology. On the 100th anniversary of this expedition, the San Diego Natural History Museum began a multi-year project to retrace its path to see how the area’s wildlife has changed over the last century.

In 1908, the University of California sent out the first of its expeditions to explore the biology of California—to the San Jacinto Mountain region of Riverside County. Two teams of biologists stayed in the field continuously from May to September, traveling throughout the area, from the valley floor to the mountains’ summit, collecting vertebrates, taking copious notes and photographs, and ultimately publishing their results (Grinnell and Swarth 1913).

This expedition is one of the cornerstones of understanding of southern California’s biology: it, and similar expeditions led by Joseph Grinnell to the San Bernardino Mountains in 1905–07 and along the Colorado River in 1912, were the only intensive surveys of the fauna of any area of southern California before the region was transformed forever by the flood of humanity. The expedition of 1908 thus stands as a unique benchmark, giving us the longest historic perspective possible on how the wildlife of southern California is responding to environmental change.

Over the years, some areas of the San Jactino region, such as Deep Canyon where the University of California maintains a research station, have been studied intensively. But knowledge of the region as a whole had not been kept current—in part because the 1908 expedition was so thorough. Thus the value of that expedition as a benchmark had yet to be realized—that is, until 2008 when researchers from The Nat and MVZ set out to resurvey the area.

On the expedition’s centennial in 2008, the San Diego Natural History Museum, in cooperation with the University of California, Berkeley and Riverside, launched an expedition to retrace the steps of Joseph Grinnell and his associates 100 years earlier. By visiting the same sites, spending a similar amount of time at each, they aimed to make a detailed comparison of how the region’s wildlife had changed over a century. Such a comparison, covering all species of vertebrates, would reveal what species may be of conservation concern on this island of montane forest, isolated by desert and urbanization. And it would allow the effects of multiple factors to be evaluated:

Urban development is encroaching on the San Jacinto Mountains from both east and west. Development of both the San Jacinto Basin to the west and the Coachella Valley to the east has already affected wildlife seriously, as recognized in the establishment of multiple-species conservation plans for both areas. Urbanization and agriculture have already touched some of the peripheral sites surveyed in 1908. The growth of Idyllwild and smaller communities within the mountains may also have affected wildlife. Some species retreat from urbanization, while others are attracted to it.

Wildfire is one of the major factors governing southern California’s biology. Our studies of the effects of the fires of 2002 and 2003 in San Diego County have already revealed many unanticipated effects on wildlife. Large fires have swept parts of the San Jacinto region recently as well. Also, suppression of fires has likely had many effects on wildlife over the past century. In San Diego County, about 25 species of woodland birds have spread south or to lower elevations in the past 100 years, possibly as a result of fire suppression. Has a similar pattern prevailed in the San Jacinto Mountains, whose central forest has not burned in recorded history?

Climate change. In southern California, temperature change so far has been reflected largely in increased winter low temperatures at high elevations and in increased summer high temperatures in the desert (L. J. Hargrove and P. Unitt analysis of U.S. Weather Service data). These changes may be expected to lead to changes in animals’ distribution and life history. At high elevations, mammals may remain active longer or cease hibernating entirely; birds may nest earlier in the year, winter at higher elevations, or dispense with migration; the distributions of thermally dependent reptiles may expand or contract. At low elevations, with higher temperatures, some mammals and reptiles may estivate longer, while other animals of all classes may be so heat-stressed they are unable to reproduce or survive in parts of their former ranges. In the Yosemite region, the scientists from the Museum of Vertebrate Zoology (MVZ) at the University of California, Berkeley, have retraced the paths of another early expedition and found many changes, even in the wilderness. Many of these changes, such as the upslope spread of the pinyon mouse (Peromyscus truei) and the upslope contraction of the pika (Ochotona princeps) and alpine chipmunk (Tamias alpinus), appear linked to climate warming.

Prolonged drought. In the southwestern U.S., another predicted change is decreased rainfall. Prolonged drought is likely to lead to great change in animals’ abundance and ranges as well. Following the extremely dry winter of 2001–02, the nesting of four species of birds near San Diego decreased almost to zero (Bolger et al. 2004), and in areas of San Diego County burned in 2002 and 2003 the abundance of many species of birds and mammals has fluctuated more in response to variations in rainfall than it has to postfire recovery of vegetation (L. Hargrove and P. Unitt 2018).

Coordination of our resurvey of the San Jacinto region with the methods being used by MVZ elsewhere in California would allow changes to be assessed and predictions of future change to be made at an even broader scale.

By replicating the effort of Joseph Grinnell, Harry Swarth, Walter Taylor, and Charles Richardson, our researchers would realize the value of the 20th century biologists' work as a benchmark and establish a basis of comparison for future changes at a critical moment in history. As Grinnell himself wrote concerning the value of his work: “This value will not, however, be realized until the lapse of many years, possibly a century, assuming that our material is safely preserved. And this is that the student of the future will have access to the original record of faunal conditions in California and the West, wherever we now work.” 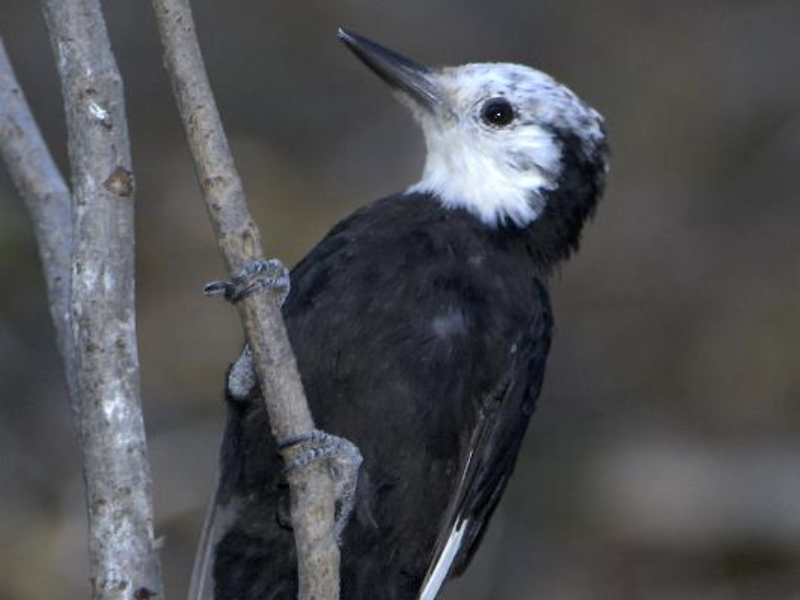 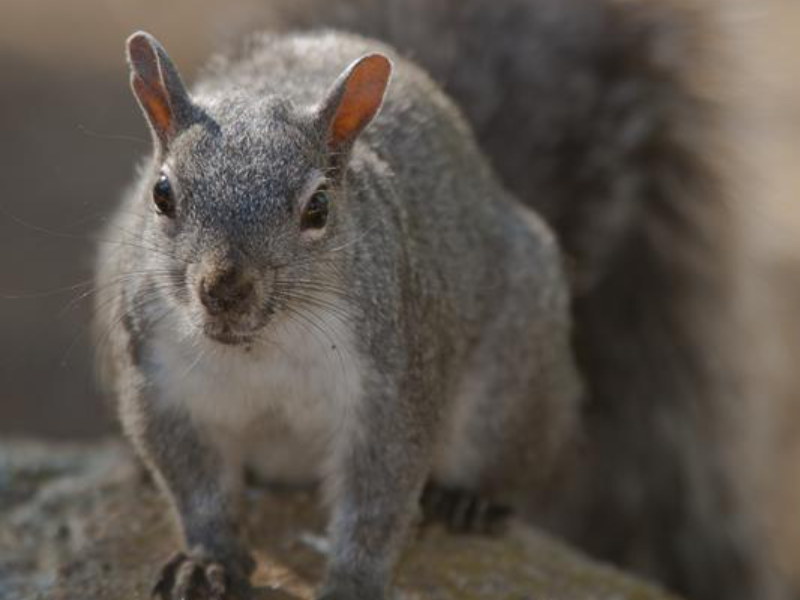 This signifiant effort took six years, has resulted in numerous publications, and has served as a foundation for multiple "offshoot" projects, including a flying squirrel study and a Mojave Desert Resurvey .

A San Jacinto Centennial Resurvey publication is in the works. Drafts of species accounts are nearly all completed, as is site-by-site background information and other general text, and final analysis is underway.

Many publications are coming out of the resurvey as well. One example involves the southward or downslope expansion of certain species. Although many species show northward or upslope range shifts as expected from climate warming, partly on the basis of these resurveys and taking a broader view of range shifts, we identified 52 nesting bird species whose southern California ranges have expanded southward or downslope over the past century. Aquatic species, montane species, and urban adapters account for most of these range shifts in opposition to the force of climate change, facilitated by the importation and management of water, urbanization, and possibly the increasing density of montane forests—factors more directly related to human modification of the environment than to climate change.

Learn more about methods , results and products , personnel and partners , and schedule .