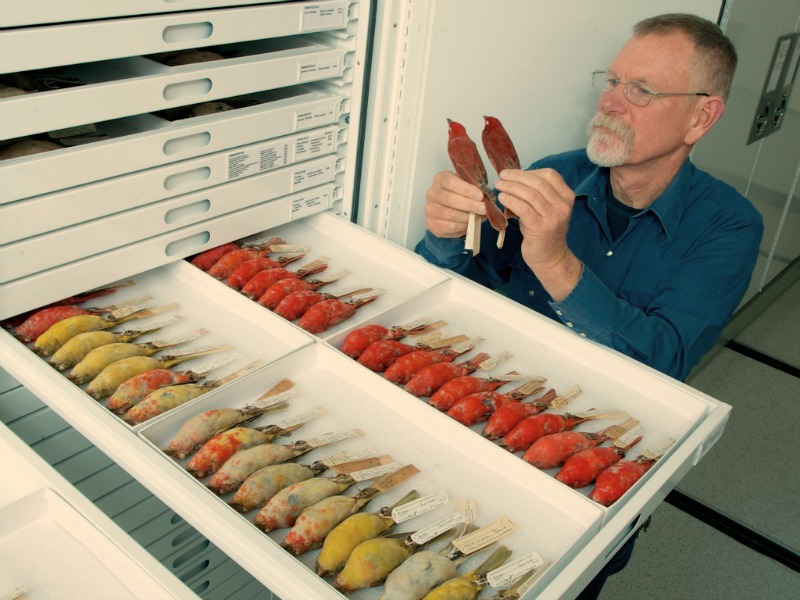 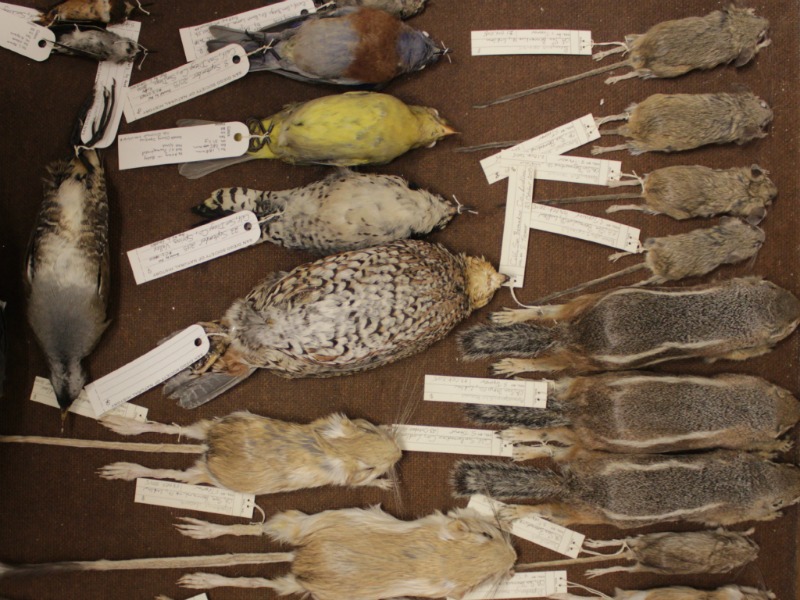 The Museum acquired its first collection of scientific importance when Frank Stephens, the first director of the museum, donated his bird and mammal collection to the museum in 1910. The holdings have continued to grow in size and significance, with subsequent addition of specimens collected by staff members and others, including Laurence M. Huey, Sam G. Harter, May Canfield, J. E. Green, Joseph W. Sefton, Jr., R. C. Banks, J. R. Jehl, Jr., A. M. Rea, S. Tremor, and P. Unitt, as well as acquisitions of important collections, primarily that of Stanley Jewett.

Historic field notes of Stephens, Huey, and other Birds and Mammals collectors are available on the Internet Archive.

Scope of the Bird and Mammal Collection

Taxonomic coverage: Skins of almost all species of North America, including Baja California. The full range of variation (geographic, seasonal, sexual, developmental) of many southwestern species is represented. Passerines with complex geographic variation are covered in greatest depth. The skeleton collection is taxonomically broad, covering over 90% of all bird families. For groups not occurring in western North America, it is based heavily on specimens received through the San Diego Zoo. The waterfowl, parrots, pigeons, starlings, and babblers are among the large families especially well covered.

Mammals: About 23,450 specimens, about 20,000 skins, almost all with accompanying skulls. About 960 complete skeletons, including virtually all species of southern California and a broad variety of marine mammals, both pinnipeds and cetaceans. The mammal collection was first accredited by the American Society of Mammalogy in 1975 and most recently re-accredited in 1995.

The collections are constantly growing on the basis of specimens received through the public, wildlife rehabilitators, the San Diego Zoo, and the department's own research.

The Department of Birds and Mammals makes its collections available to all responsible users. All users must make an appointment with Phil Unitt, Curator, at 619.255.0235, or birds@sdnhm.org. Fees for commercial use of the collections are $100 for the first 2 hours, $200 for four hours, and $400 for all-day use.