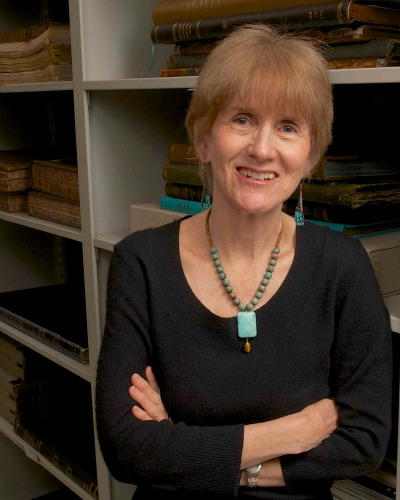 Margaret Dykens became the director of the Research Library in September 1997. Before moving to San Diego, she lived in Ann Arbor, Michigan where she managed two special libraries in the University of Michigan system. She received her MILS from the University of Michigan in 1993 and a Master's degree in Biology from the College of William and Mary in 1980. Her research involved a floristic study in the coastal plain of Virginia. Margi also has more than 15 years of experience as a scientific illustrator.

In addition to maintaining and improving the unique resources of the Library, she serves as registrar for the Museum. She is curator of Extraordinary Ideas from Ordinary People: A History of Citizen Science in the newly renovated library space, which opened August 20, 2016. She was also the curator for the exhibition Plant Portraits: the California Legacy of A. R. Valentien, which toured the United States. Margi also conducts lectures and tours featuring some of the Library's rare books.

We welcome applications for interns and volunteers. Please complete a volunteer application.

Book Conservator Melissa Behar works to preserve our rare books. Here she is shown working on re-constructing one of the large volumes of Flora Londinensis from 1777. 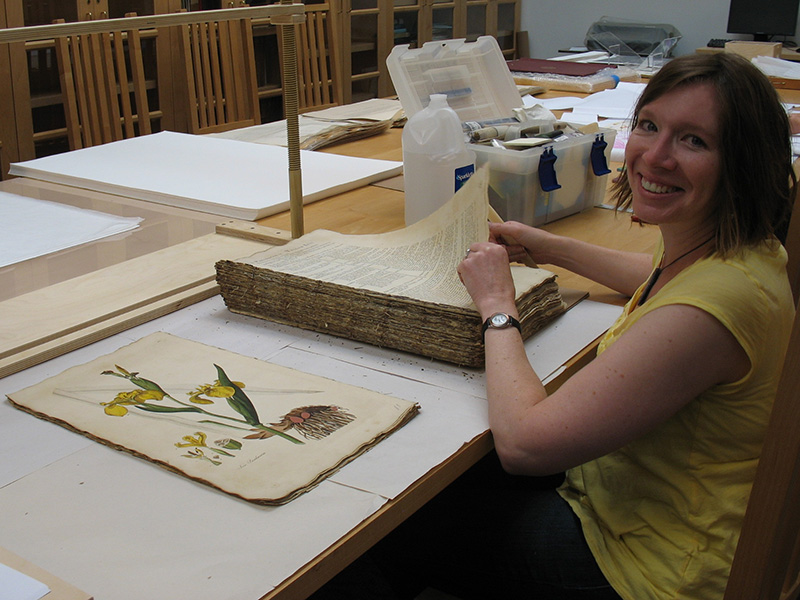