Department staff form the core of our collections care and research teams, with Curator Philip Unitt at the helm. Biologists and ecologists in BioServices, as well as research associates and volunteers, also regularly serve as extensions of our department staff. With this wide network of contacts and cooperative relationships, and expertise in almost every aspect of wildlife biology, we are able to build and customize teams to meet a broad range of research needs and goals. 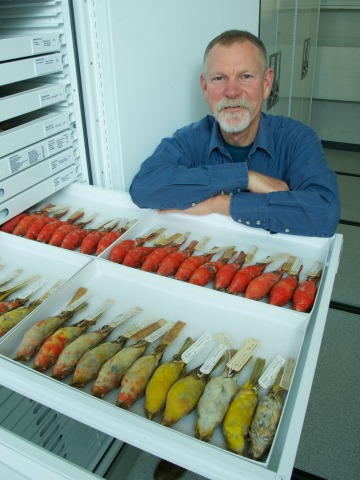 Philip Unitt is the Dennis and Carol Wilson Endowed Chair of Ornithology and curator of the Department of Birds and Mammals. Phil is a specialist in subspecies identification, distribution, and history of distributional change of California birds. He has led large survey projects, organizing hundreds of volunteers; analyzed and interpreted extensive data sets; and prepared more than 4,000 bird specimens.

Phil edits and produces publications on a wide variety of scientific subjects for diverse audiences, both public and professional. He authored The San Diego County Bird Atlas and The Birds of San Diego County, coauthored Birds of the Salton Sea, and is editor of Western Birds, the regional journal of ornithology for western North America. 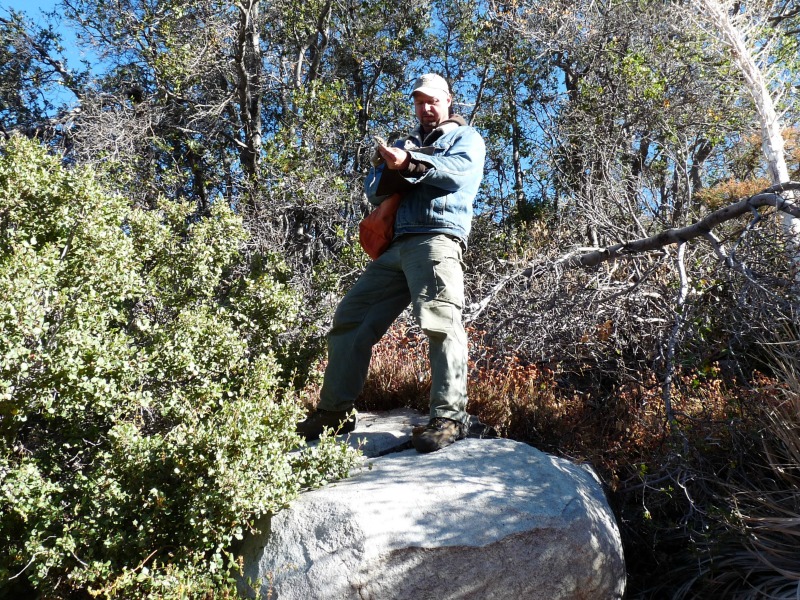 Scott Tremor specializes in surveying for and identifying southern California mammals to the subspecies level. He holds permits to capture California Species of Special Concern as well as federally endangered species (Pacific pocket mouse, Stephens’ kangaroo rat, San Bernardino kangaroo rat). Scott is the principal author and editor of the San Diego County Mammal Atlas. His expertise with mammals, especially rare rodents, spans both Southern California and the Baja California Peninsula. This local experience and relationships with the experts in the region have helped bring this book to completion. 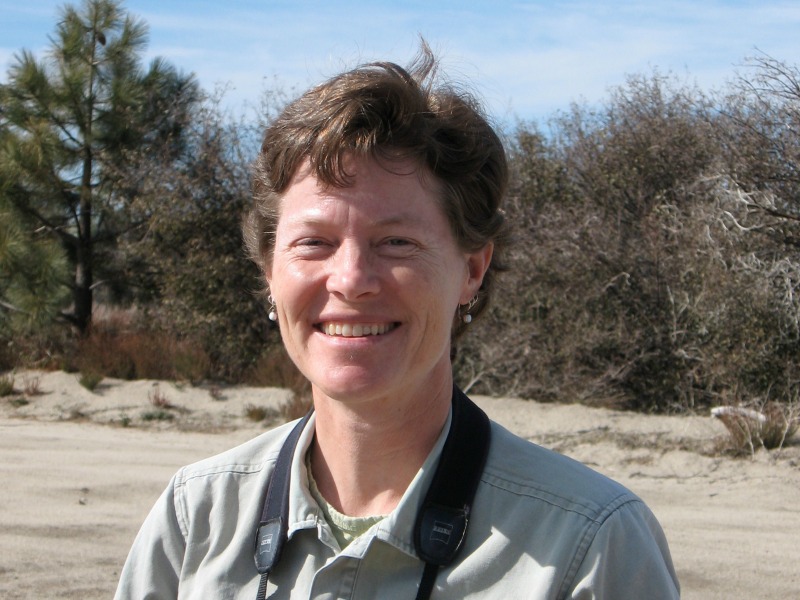 Dr. Lori Hargrove specializes in bird monitoring and ecological analyses. One focus of her research has been on elevational shifts of bird species and the mechanisms involved, including response to fire and climate change, and she has several recent manuscripts published or in review. She has worked with endangered species, conducted binational expeditions, and developed monitoring protocols such as those for riparian birds covered by the Coachella Valley Multiple Species Habitat Conservation Plan. She has performed extensive community-level analyses of complex ecological data and has creatively adapted ordination methods for temporal as well as spatial gradients. 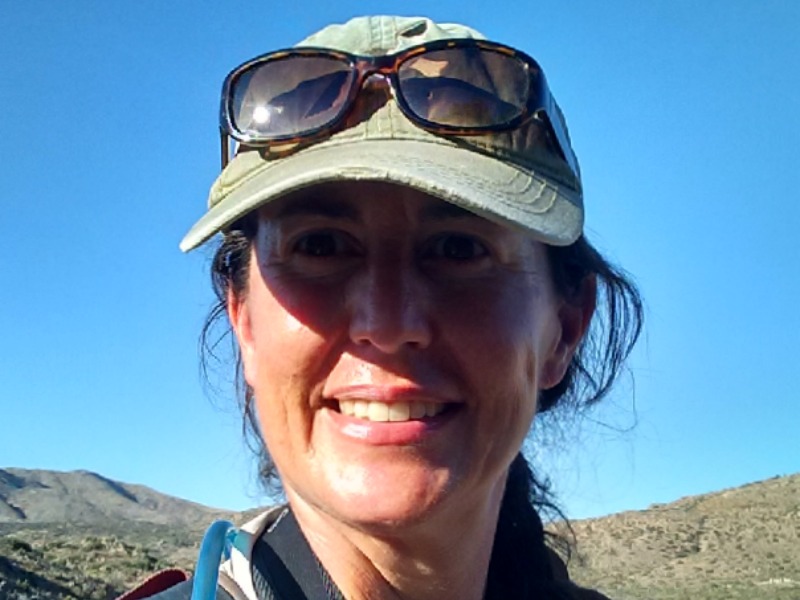 Lea Squires specializes in avian surveys including presence/absence surveys, point counts, nest searching, and banding. She has been a lead surveyor and nest monitor for California Least Tern and Western Snowy Plover in San Diego County for more than 16 years, and has performed fieldwork in support of the Coachella Valley Multiple Species Habitat Conservation Plan. She is proficient in mist net setup and bird extractions, preparation of museum study skins of birds and mammals in lab and in the field, and preparation of museum-quality mounted display specimens.

Dr. James Diffendorfer , research ecologist with the U.S. Geological Survey, is an applied ecologist working at the Geosciences and Environmental Change Science Center. He currently works on science related to the energy-environment nexus, ecosystem services, and applied ecology.

Dr. Marilyn Fogel is a professor of biology at UC Merced. Professor Fogel is internationally recognized as a pioneer and leading scientist in the use of stable isotopes for understanding fundamental processes in ecology, ecosystem science, paleoecology and paleoclimatology, astrobiology, biogeochemistry, and marine science.

Dr. Jeffrey L. Lincer directs the non-profit Researchers Implementing Conservation Action. His background includes 40 years as a scientist, educator, scientific advisor, and administrator in environmental research and management, and is most well-known for his work with raptors and other threatened and endangered species.

Dr. Michael A. Patten , associate professor with the Oklahoma Biological Survey at the University of Oklahoma, studies evolutionary ecology and biogeography or North American birds.  He is coauthor, with Philip Unitt and Guy McCaskie, of Birds of the Salton Sea: Status, Biogeography, and Ecology .

Dr. Amadeo M. Rea , a former curator of the Birds and Mammals Department, is emeritus Professor of Biology at the University of San Diego.  He has authored numerous publications on the birds and mammals of the southwest, including:  Once a River: Bird Life and Habitat Changes on the Middle Gila, Wings in the Desert: A Folk Ornithology of the Northern Pimans, and Folk Mammalogy of the Northern Pimans.  A recent compendium honoring his career was titled “Explorations in Ethnobiology: The Legacy of Amadeo Rea.”

Dr. Wayne Spencer is director of conservation assessment and planning for the Conservation Biology Institute. Dr. Spencer is a wildlife conservation biologist with over 30 years of professional experience in biological research and conservation planning.  He specializes in the practical application of ecological and conservation science to resources management, design of nature reserves, and recovery of endangered species.

Christopher Swarth is project scientist for the Sierra Nevada Research Institute, and Director of the Vernal Pools Grasslands Reserve. His research interests include waterbird distribution and population abundance on estuaries; patterns of songbird reproduction; turtle population structure, home range, diet, and habitat use; and nutrient dynamics in freshwater tidal wetlands.

Dr. Howard Thomas , emeritus professor of biology at Fitchburg State University in Fitchburg, Massachusetts, is an expert on the squirrels of North America. He has authored five “Mammalian Species” accounts sponsored by the American Society of Mammalogists. He has conducted mammalian research in numerous locations throughout the world.

Dr. Gorgonio Ruiz Campos is an associate professor and researcher in the Department of Biology at the Autonomous University of Baja California. His specialties include taxonomy, systematics, and biogeography of fishes in northern Mexico; distribution and taxonomy of birds from northwestern Mexico; and taxonomy, ecology, and conservation of native trout.

Dr. Jennifer Gee is the director of the James San Jacinto Mountains Reserve at the University of California, Riverside. Her research interests include speciation and hybridization, with much of her study focused on natural populations of California and Gambel’s Quail.

Richard A. Erickson , associate/biologist at LSA Associates, Inc., is a recognized expert on birds of western North America, especially their status and distribution in California and Baja California. With his extensive field experience with terrestrial vertebrates and rare species, he has regularly served as a technical advisor, and published and edited widely.

Dr. Sergio Ticul Álvarez-Castañeda , researcher at the Centro de Investigaciones Biológicas del Noroeste in Baja California Sur, Mexico, is an expert in the systematics, ecology, and conservation of Mexican mammals. Amongst many publications, he co-authored Keys for Identifying Mexican Mammals , the only complete identification guide to Mexico’s mammalian species.

Samantha Marcum is the coastal program regional coordinator with the U.S. Fish and Wildlife Service. She coordinates research on a wide range of species, including birds and bats throughout California and southern Oregon.

Volunteers in the Birds and Mammals Department assist with many tasks associated with maintaining the extensive collection. This includes specimen preparation, assembling and numbering skeletons, entering records in the Department's database, and checking the collection for pest activity. The Department prefers volunteers with a science background and openings are limited. You must be at least 18 years of age. If you are interested in this or other volunteer opportunities, please complete an online application. The Director of Volunteers will contact you to schedule an interview or invite you to an introduction to the Museum.