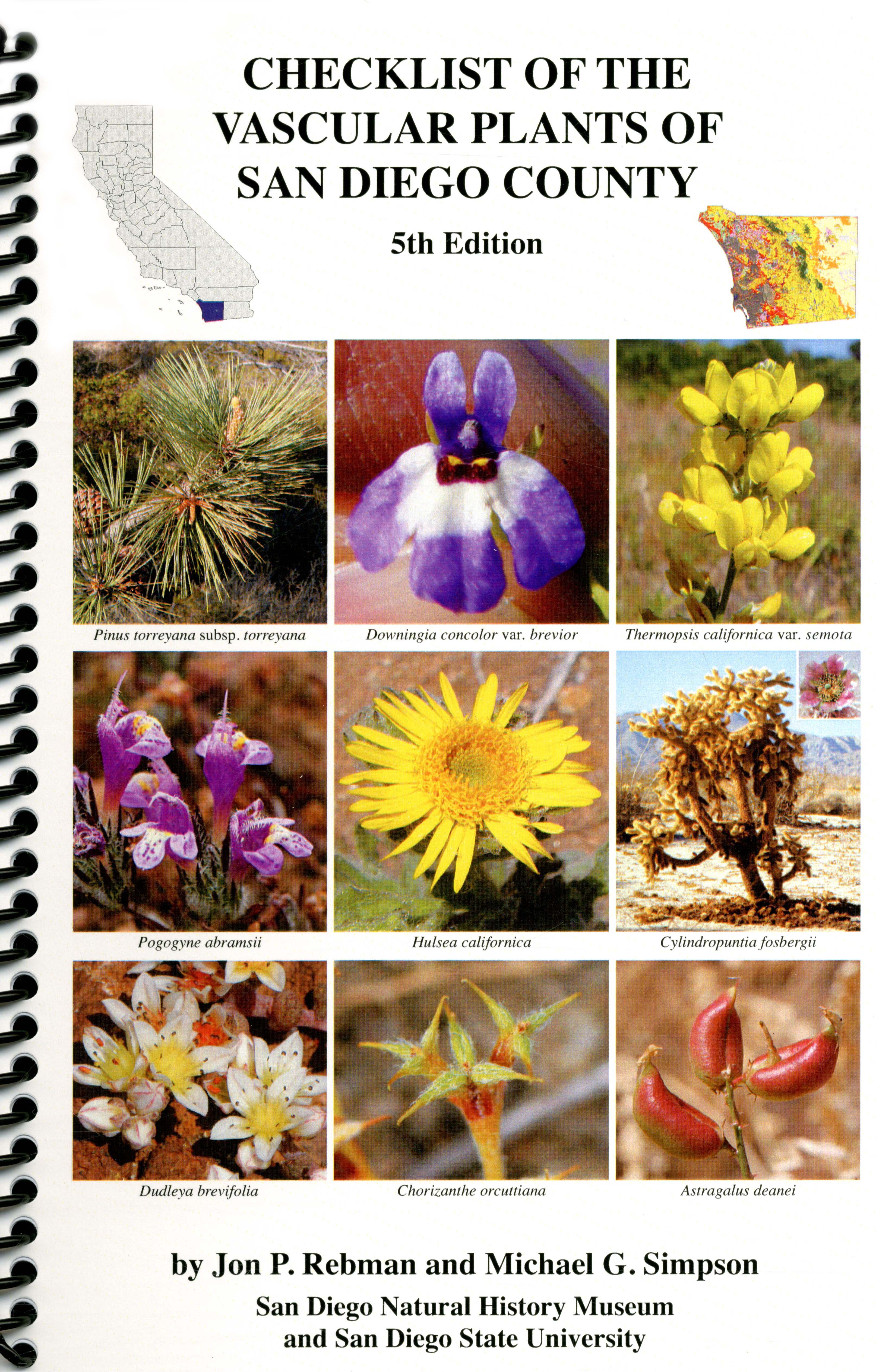 This is the fifth edition of the Checklist of the Vascular Plants of San Diego County (here referred to as simply the “Checklist”), which catalogs all native and naturalized vascular plants known to occur in San Diego County, California, U.S.A. (Note that "naturalized" refers to non-native plants that grow, persist, and reproduce in natural, non-cultivated habitats.)

This edition supersedes the four previous editions of the Checklist (Simpson et al. 1995, 1996; Simpson and Rebman 2001, Rebman and Simpson 2006). The need for this revision of the Checklist arose with the publication of The Jepson Manual: Vascular Plants of California, ed. 2 (Baldwin et al. 2012, referred to here as Jepson II, which replaced the earlier Hickman 1993 edition, Jepson I), resulting in many nomenclatural changes to the plants of California. In addition, some 358 taxa new to the County  have been discovered since the 2006 edition and some misidentifications have been corrected.