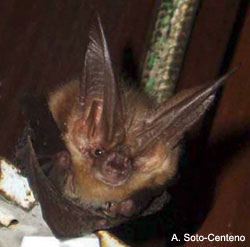 Little is known about bats’ responses to fire, yet we expect they will respond strongly, because many species require unique microsites for roosting and an abundance of insects for food. As highly mobile animals, most bats likely escaped the fire. However, roost sites may have been destroyed, preventing their return to burned areas. Even if roost sites were not destroyed, the increased energetic demands of flying long distances to unburned sites to forage could reduce subsequent survival or reproduction in burned areas far from the perimeter. We anticipate an abrupt decline in bat diversity and abundance on the burned sites immediately after the fire, followed by rapid recolonization and recovery closely tracking temporal changes in vegetation and, hence, insect abundance. 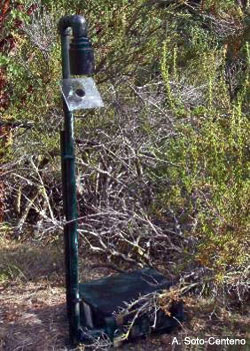 We sample bats each summer by using a combination of fixed (passive) ultrasonic monitoring stations (UMS) and roving (active) surveys. We sample 36 passive UMS stations (>1.5 km apart) for three consecutive nights each: 12 in the burned area’s interior (>3.5 km from the perimeter), 12 near the fire’s edge (<3.5 km from the perimeter), and 12 in unburned chaparral. Each UMS station includes an ANABAT detector coupled with a CF ZCAIM storage unit, which together record bats’ echolocation calls issued within ~50 meters. Active surveys use UMS equipment coupled with a GPS unit on a vehicle traveling at 5 miles per hour along transects 4 km long. 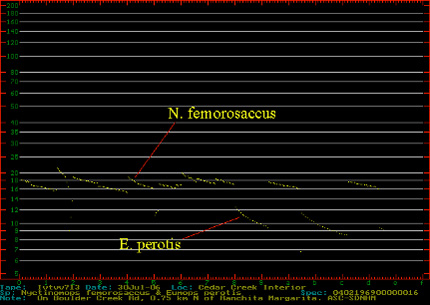 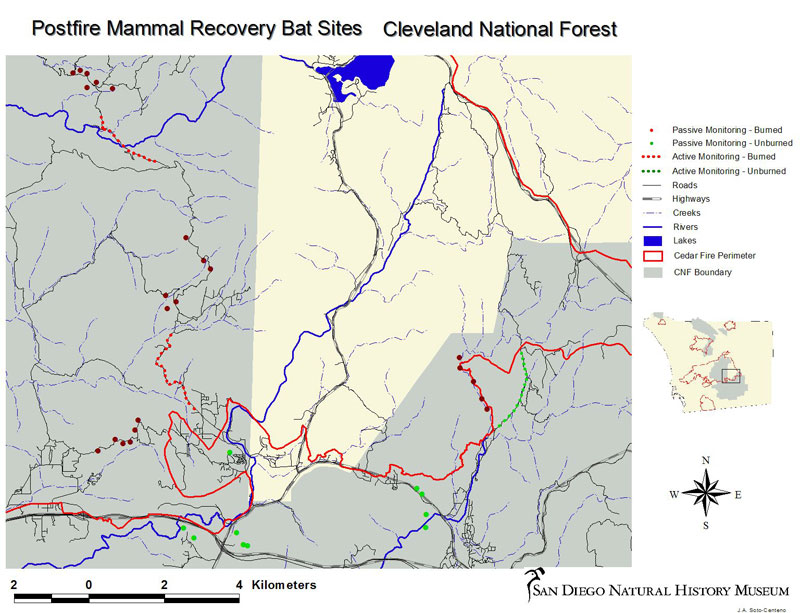 We are currently analyzing the data. Results will follow.