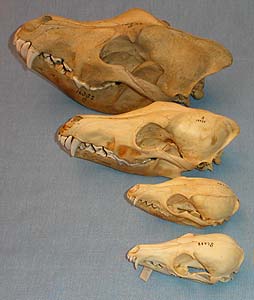 Here are skulls from four kinds of canids (members of the dog family).

Skeletons must be cleaned and preserved to maintain their research value over time. Read more about how to properly prepare specimens. 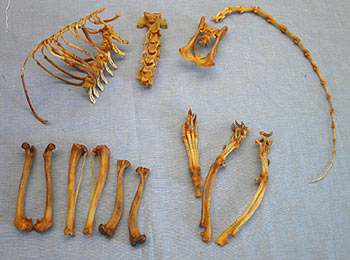 This partial skeleton of a gray fox shows the results of careful cleaning. 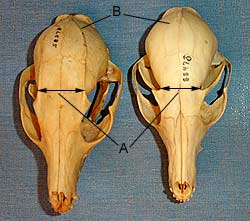 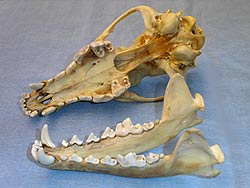 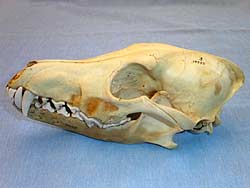 Skulls from older animals often show extensive tooth wear. Which of these two lower jawws is from the older coyote?. 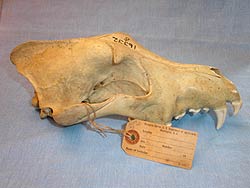 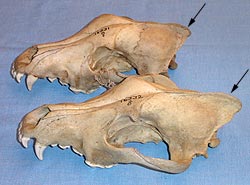 The male wolf skull (left) specimen was collected in 1925 in Oregon. The male skull is 252mm long while the female skull is 227mm long. Note the difference in the size of the sagital crest as well.