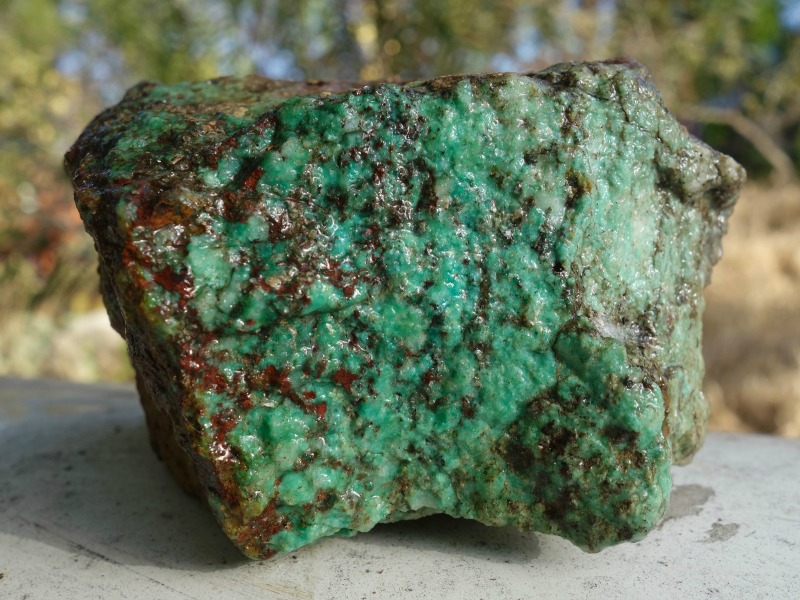 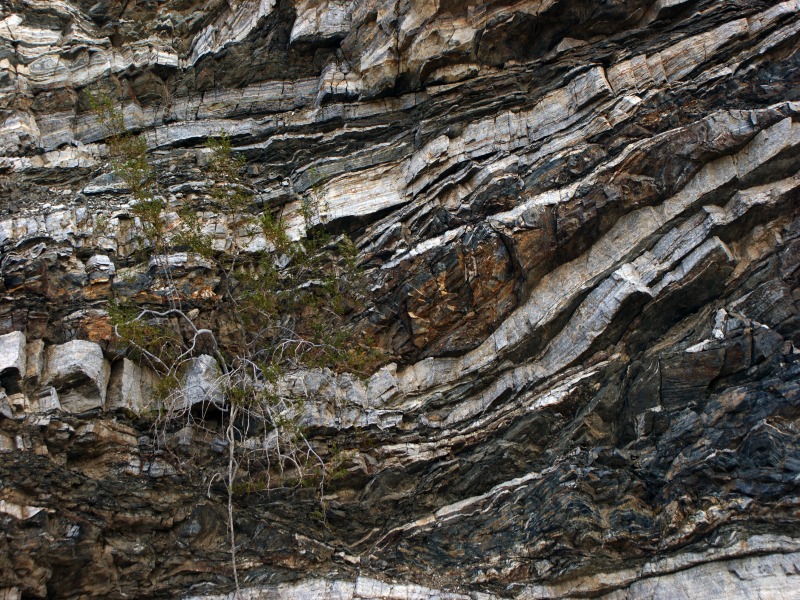 Minerals are the building blocks of rocks. Of the thousands of known minerals, about 100 or so are so common that they make up more than 95% of the Earth’s crust. Rocks occur naturally on Earth in a few ways. They can come from hot magma under the earth, and form in streambeds from layers of material on top of the Earth, but all the rocks we know were created eons ago. Rocks are grouped into three families based on how they were formed. San Diego County has all three families of rocks.

Igneous rocks form when a molten mixture of minerals and dissolved gases cool into crystals. The molten mixture is called magma and can be thought of as a super-hot soup of fast-moving atoms and molecules that have an electric charge (ions). As the magma cools, the ions slow down and are attracted to one another, and then settle into stable mineral structures. In San Diego County, the most common type of igneous rocks are granite and pegmatite that cooled slowly under the earth.

Sedimentary rocks are composed of solid bits of material that have been moved and then deposited by air, water, or ice. Most sediments are fragments of rock, but bits and pieces of plants and animals can also be found in sediments. The materials settle in layers that solidify over a long period of time. In San Diego County, some common sedimentary rocks are sandstone and rock salt.

Metamorphic rocks get their name from the Greek words meta, meaning “change” and morphs meaning “form.” A metamorphic rock has literally been changed from its original form by environments significantly different from those in which it was originally formed. In general, changes in rock can be caused by heat, pressure, and chemical activity. Common metamorphic rocks in San Diego County are schist, gneiss, and quartzite.

Where do rocks come from?

Basically, rocks come from other rocks. Rocks are constantly changing from one type to another in a never-ending rock cycle. But of course the rock cycle really did start somewhere. There is much evidence that Earth was originally totally molten. No solid rock existed; there was only magma. Therefore, the rock cycle started with igneous rock.

What is a geode?

A geode is a hollow, rounded rock where the inside cavity is lined with crystals. A geode begins as a bubble in volcanic rock or a hollow in sedimentary rock. Eventually, the outer shell hardens as a rock. Minerals begin to form inside, and over thousands of years, many layers of crystals appear inside the geode. Geodes can be found all over the world, but you are most likely to find one in deserts, volcanic ash beds, and regions containing limestone formations. In Southern California, the best concentrations of geodes can be found in Riverside and Imperial counties. 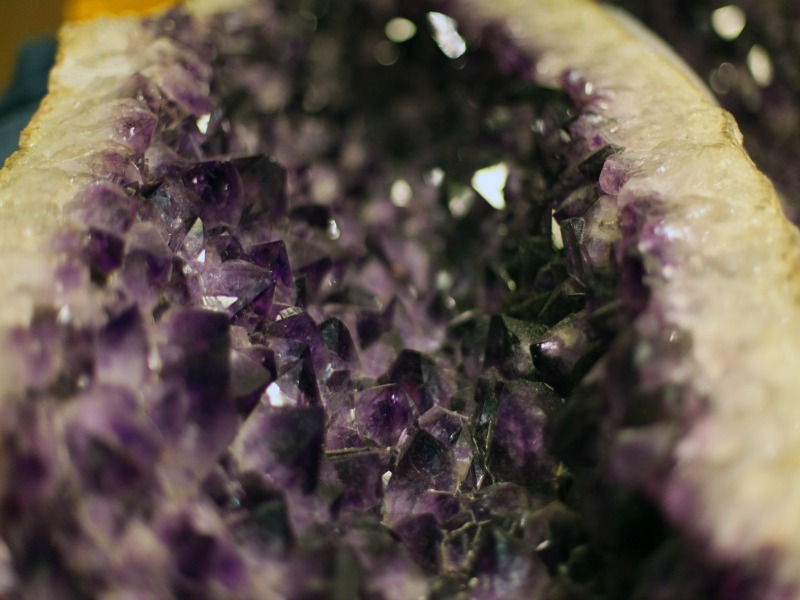 What about space rocks?

Asteroids and meteors are types of space rocks. However, the difference between the two depends on how close they are to Earth’s surface. An asteroid is a small rocky body orbiting the sun. Sometimes one asteroid can smash into another. This can cause small pieces of the asteroid to break off. Those pieces are called meteoroids.

If a meteoroid comes close enough to Earth and enters the Earth’s atmosphere, it vaporizes and turns into a meteor: a beautiful streak of light in the sky. Because of their appearance, some people call these streaks of light “shooting stars.” Sometimes, the meteoroid rocks don’t vaporize completely. In fact, they survive their trip through Earth’s atmosphere and land as rocks on the Earth’s surface. Those rocks are called meteorites.