Established January 2010. Housed in the San Diego Natural History Museum, SDZL has access to the most extensive collection in San Diego County, with over 51,000 bird specimens and 25,250 mammals. Our collections contain 90% of bird families worldwide represented by 1,725 species, including 7,328 complete bird skeletons, and over 1,686 partial skeletons. The collections house over 290 mammal species represented by over 1,200 complete skeletons and over 20,000 skulls. The collections are growing continuously. The SDZL is further served by the expertise of in-house scholars specializing in paleontology, marine invertebrates, entomology, herpetology, and botany. SDZL is directed by Susan Arter and Dr. Aharon Sasson. In 2012, Susan and Aharon received the City of San Diego Historical Resources Board (HRB) Award of Excellence for History.

To serve as a research center for zooarchaeological studies and to furnish zooarchaeological services to scholars, research institutions, government agencies, and cultural resource management and environmental firms in and around San Diego County, the western United States, and the ancient Near East. 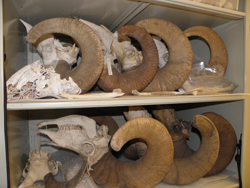 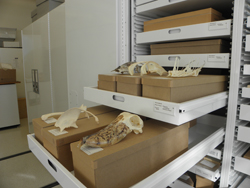 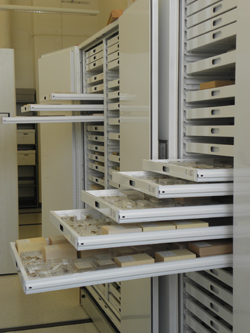 To identify and study faunal assemblages from archaeological sites in San Diego County, the western United States, and the ancient Near East—using the San Diego Natural History Museum’s scientific collections

To provide interpretation and perspective on the use of animals in antiquity and on the natural history of the San Diego region.

To collect and document zooarchaeological information (specimens and literature) for use by the scientific community.

To educate, inform, and communicate with the general public on zooarchaeological research in our region.

To train and teach students and volunteers zooarchaeological techniques and methods.

To foster cooperative efforts in zooarchaeological research throughout our region.

To provide dynamic leadership in the prehistoric and historic zooarchaeological research of our region through publications, lectures, and field studies.