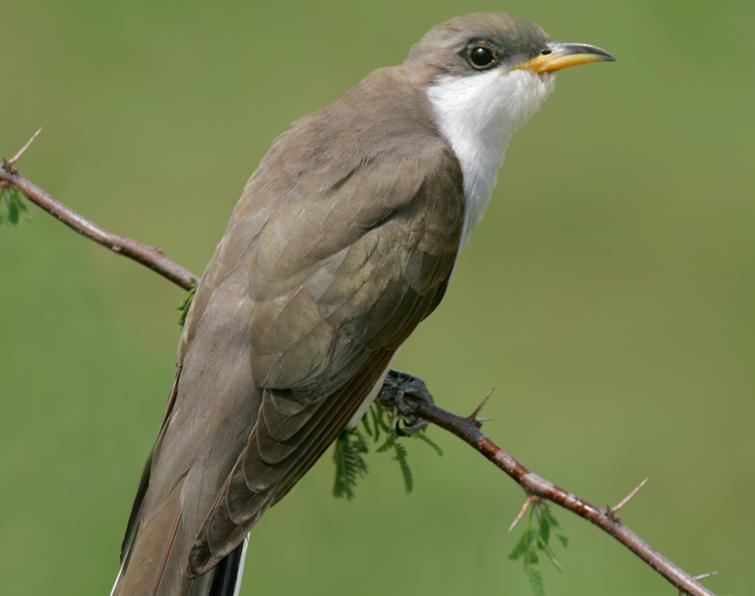 The Distinct Population Segment of the Yellow-billed Cuckoo occurring in the western United States and northern Mexico is listed as an endangered species by the U.S. Fish and Wildlife Service.  In 2012, during monitoring for Least Bell’s Vireo in the Otay River Valley in southern San Diego County, a Yellow-billed Cuckoo was repeatedly seen over eight days, apparently acting territorial and searching for a mate. This sighting led to an effort to synthesize the known occurrences and biology of the species in southern California. This research was published in 2014 in the journal Western Birds: 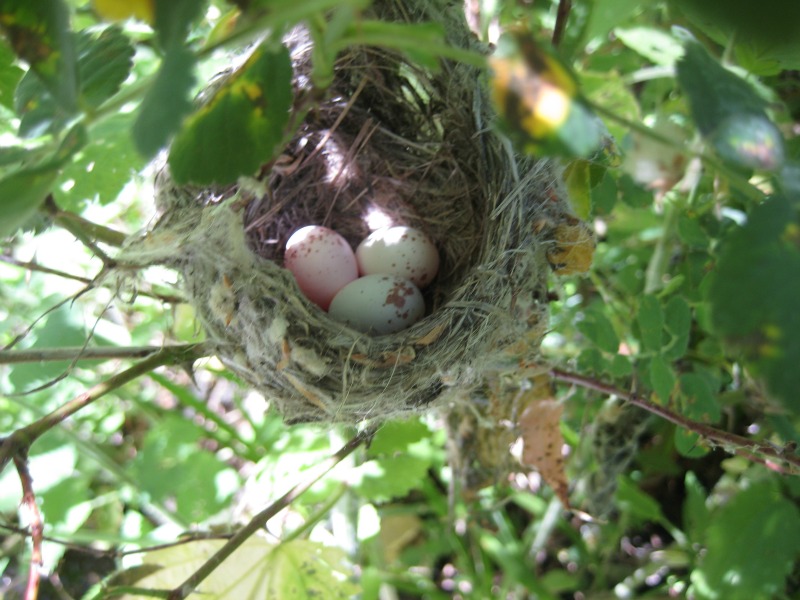 The Southwestern Willow Flycatcher was listed as endangered in 1995 due to extensive population declines throughout its range in the southwestern United States and northwestern Mexico. The catalyst for this listing was the publication in 1987 of a comprehensive analysis of specimen records and population surveys that revealed that Willow Flycatchers breeding in southern California were the same subspecies as those breeding in the desert southwest, and that this entire subspecies had undergone a catastrophic population reduction during the 20th Century.  This paper was authored by Philip Unitt, curator of the Department of Birds and Mammals:

Endangered Southwestern Willow Flycatcher Population Survey and Reproductive Success at the San Luis Rey River, San Diego County, CA- The population of Willow Flycatchers at the upper San Luis Rey River was identified as the endangered subspecies extimus through the research published in 1987 mentioned above, and has since been revealed to be the largest population of the subspecies in California. This project sought to determine the population status and reproductive success of this population.  We confirmed that this is the largest population in the state, and updated the status and distribution of the breeding adults.   Out of the 20 nests located, we could infer whether or not cowbird parasitism had occurred in 10 nests, of which 3 were parasitized, giving a minimum rate of 30%. Project partners included the Cleveland National Forest. 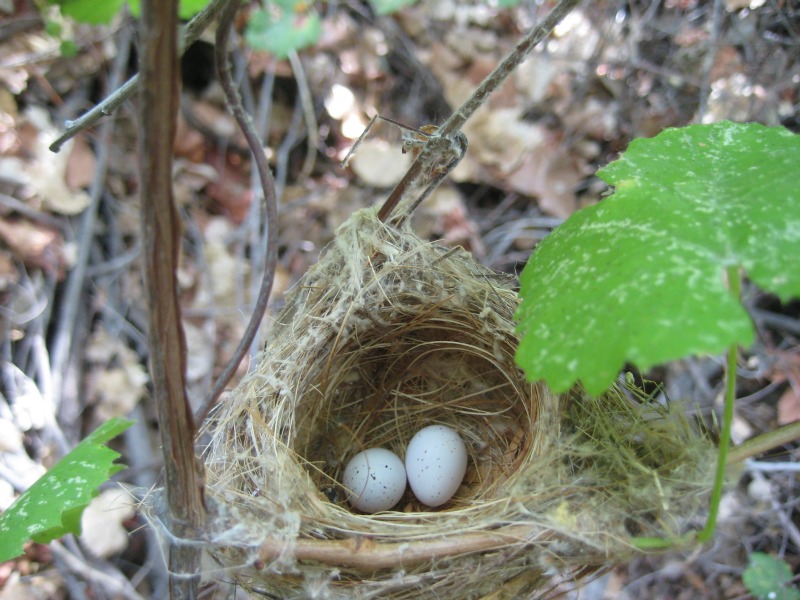 The endangered least Bell’s Vireo has undergone a remarkable recovery over the last 30 years, from fewer than 300 pairs in the early 1980s to nearly 3,000 pairs today. This increase is a result of a concerted effort by many landowners and groups to reduce the impact of Brown-headed Cowbirds in parasitizing the nests, as well as protection and restoration of riparian habitats. SDNHM has been involved in numerous survey, monitoring, and research projects over the years to increase our understanding of this endangered bird. 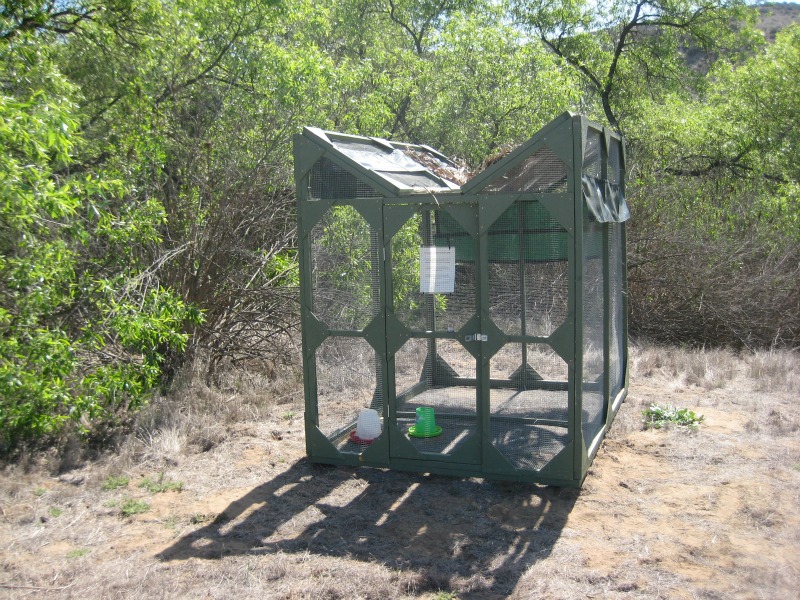 The Brown-headed Cowbird is a keystone species in southern California in that its population affects literally dozens of other bird species through its behavior of parasitizing nests of other birds.  Understanding the biology of this species is paramount in managing for rare and declining passerines in the region. SDNHM traps cowbirds to control the population adjacent to endangered bird breeding sites, but also to better understand the movement patterns of this species. Some of the recent findings include several examples of the Great Basin subspecies artemisiae both wintering and presumably breeding here. SDNHM trapping and banding efforts have also explained the highly localized movement of male cowbirds, with banded birds being repeatedly re-trapped in relatively small areas both within the same breeding season and between breeding seasons. 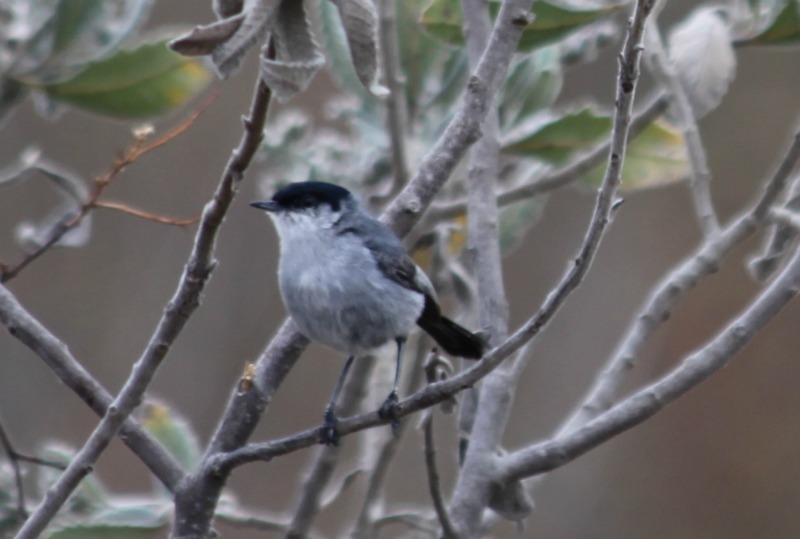 The goal of this project was to map the suitable habitat available and census the population of this threatened species.  The entire 23,000 acre installation was assessed for suitable habitat, and 4,000 acres were surveyed.  Project partners included Marine Corps Air Station Miramar, Naval Facilities Engineering Command Southwest, and Tierra Data, Inc.

The goal of this project was to survey all suitable habitat on the installation and census the population of this threatened species.  An intensive nest monitoring program was also undertaken to determine reproductive rates and evidence of nest parasitism. Over 20,000 acres of habitat was surveyed for the California gnatcatcher.  Over fifty nests were also monitored to assess nest success, predation rates, and cowbird brood parasitism.  Project partners included Marine Corps Base Camp Pendleton, Tetra Tech, Inc., and Busby Biological Services, Inc. 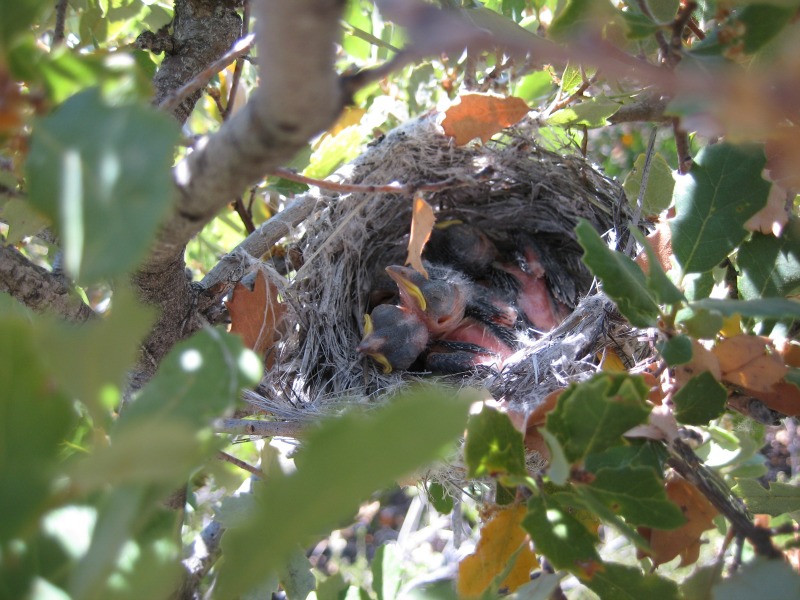 One key finding of the Museum’s centennial resurvey of the San Jacinto Mountains is that the Gray Vireo, one of California’s more obscure birds, is on the verge of disappearing from our state. Though Frank Stephens, our Museum’s first director, found the Gray Vireo in Campo in 1876, it was not until Joseph Grinnell and Harry Swarth explored the San Jacinto Mountains in 1908 that the species’ habits and chaparral habitat were truly understood. Grinnell and Swarth estimated its population density in that area at 16 pairs per square mile over 30 square miles, for a rough total of 960 birds.

A century later, in spite of intensive search of proper habitat, we have found only two territorial males in the same area. Currently, San Diego County supports the largest known population of the Gray Vireo in California, and we have a good idea of its distribution because of our work from 1997 to 2001 for the San Diego County Bird Atlas.

In 2012, the California Department of Fish and Wildlife and Cleveland National Forest provided funding to investigate the status of the Gray Vireo and reasons for its decline in southern California.  We found the distribution further reduced, especially in northern San Diego County. We found 95 nests, checked them at intervals, and deployed video cameras on 30. The rate of nest failure was extremely high: only 17 nests fledged any young, and the probability of success was only 9 percent, insufficient to sustain the population. Of the 77 failed nests, 10 were parasitized by cowbirds. In each case, the vireos abandoned the nest soon after the cowbird laid eggs in it. Of the 30 video-recorded nests, only seven were successful. Three nests were parasitized and the remaining nests were destroyed by predators, primarily Western Scrub-Jays, or in two cases, a bobcat and a gray fox.  Click here and search for “Gray Vireo” to see a full report on this study.