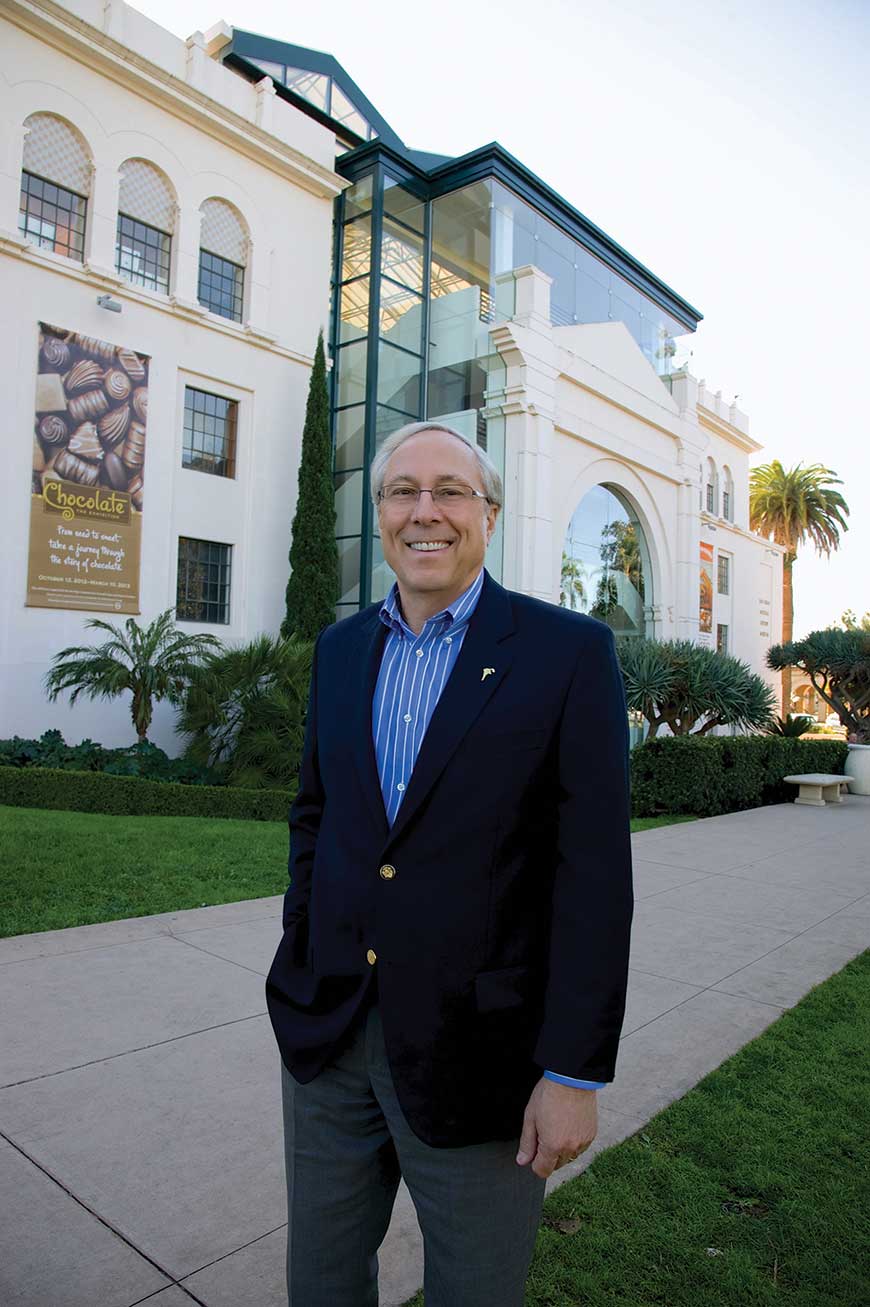 Past President and Chief Executive Officer

Dr. Michael W. Hager began his museum career in 1965. He was a Professor of Geology at Augustana College (1973–78), the Director of the Museum of the Rockies (1978–89), Director of the Virginia Museum of Natural History (1989–91), and served as President and Chief Executive Officer of the San Diego Natural History Museum from 1991-2016. Dr. Hager is President of CinemaCorp of the Californias, an educational film production company (1998–Present).

Dr. Hager led Strategic Planning efforts in 1991-92 that, subsequently, led to focusing the Museum's programs on Southern California and Baja California, the founding of the  Environmental Science Education Center  and the  Biodiversity Research Center of the Californias , and a Capital Campaign for the construction of a Museum renovation that more than doubled its original size. He is also the Executive Producer of  Ocean Oasis , a $5 million large format film about Baja California. Ocean Oasis is the recipient of several awards including the Wildscreen Film Festival “Panda Award,” the Jackson Hole Wildlife Film Festival “Best Theatrical Program Award,” the International Film & Video Festival Conservation Award, the Houston Wildlife Film Festival Platinum Award, and the SEASPACE/PADI Project Aware—Environmental Awareness Award (2003).

Dr. Hager earned a B.A. in biology from Grinnell College and a Ph.D. in geology from the University of Wyoming. His academic specialty is paleontology and his administrative specialty is strategic planning and development.