Francis X. Williams was hired part-time to work on Hymenoptera. He became Associate Curator of Entomology. Harbie was still the curator, but also worked in many other departments of the Museum. 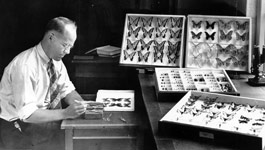 Harbie went on collecting expeditions to Clipperton Island and Barro Colorado, coming back with 6000 new specimens. In 1959 the Entomology Department received the Lee Passmore collection of spider and wasp slides. 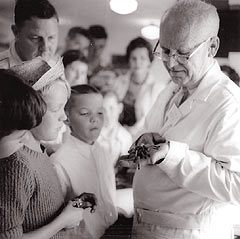 By this time, the Entomology Department had 373,000 specimens.

F.X. Williams died in 1968 and donated his scientific reprints and library.

Harbie officially retired. From 1969-73, Harbie was the only active member of the department.