The Laurence M. Huey Field Notes Collection contains many of Huey's collecting notes, documenting his work in the field for over 47 years.  The collection includes Huey's handwritten field notes and some typescripts, dating from 1913 to 1960. It also includes some field notes by museum associates and other naturalists who accompanied him on  expeditions throughout California, Arizona, and Baja California. These colleagues included Donald Ryder Dickey, Samuel G. Harter, Lee Arnold, and Ernest H. Quayle.  The Laurence M. Huey Field Notes Collection is available on the Internet Archive, and we continue to add to the collection with material from the archives.

Below are excerpts from Huey’s 1926 trip to the Trinidad Whaling Station in Humboldt County, California.

On the Road to Trinidad, July-August 1926

In company of Mr. A.B. Howell I left Santa Barbara at 3:30 this afternoon bound for a month at the Trinidad Whaling station in northern California. We camped for the night about 20 miles south of Kings county after having driven until nearly midnight. 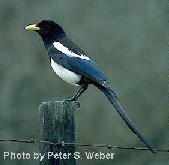 Was awakened at the first streak of gray dawn by the call of a yellow-billed Magpie. The bird was perched on top of a nearby telephone pole inspecting the camp.We arrived in San Francisco about 2 p.m. & immediately took the Sausolito ferry and were on our way. The general aspect of the county changed fast and soon the beautifully paved highway was completely overhung with the interlocked branches of hedge trees.

The day was uncomfortably warm. We reached Ukiah about 7 p.m. where dinner was obtained.

Driving on we camped by the roadside, making a total of 330 miles for the day.

Breakfast in Willetts [Willits] this morning and left paved roads behind us tho the graveled highway was well graded; it was rough & cut our speed.

About ten a.m. we dropped down a short steep grade & saw the first Redwoods. Our course was now more westerly and followed the river. We were soon passing thru large groves of huge redwoods, some of them being over 20 feet in diameter.

They followed US Hwy 101 from Santa Barbara to Trinidad. Hwy 101 was actually commissioned in 1926, the year of this expedition. North of Ukiah, 101 is called the Redwood Highway. 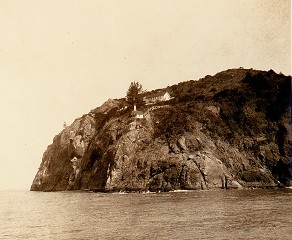 Mr. Howell searching about thru the massive trees, found one that had a large cave burned out in its base and on the floor several pieces of small white egg shells & bird droppings were discovered. Obtaining his flashlight we searched thoroughly & found that a nest of Vaux Swifts had been hatched earlier in the seasons. There was no opening to this side from above as described by other writers and the parent birds had had to descend within 4 ft off the ground to enter.

We arrived in Eureka about 3 p.m. where we had our lunch, then down on to Trinidad, our destination, a distance of 24 miles. We arrived at Trinidad about sundown & finally after some trouble rented a small cabin about a mile from town. We set a short line of traps nearby this evening.

We went to the whaling station this morning to look over the ground of our future work. Made the acquaintance of Mr. Dedrick, the manager of the plant, who proved to be most hospitable.

Many of the modern whalers in the Pacific Northwest were Norwegian, like Frederick Dedrick. As the head of the California Sea Products Company, he initiated construction of the Trinidad whaling station in 1920. The photos on this page were taken on several different days during Huey's visit.

We learned that three small steam vessels were being used for the whaling & all the boats were equipped with modern equipment, gun harpoons & bombs.

After the whales are captured they are pumped full of air & lashed alongside with their tails towards the bow of the boats & towed to the station. On arrival the dead animals are moored to buoy & the station crew then takes charge. The whale is then towed to the base of a large slanting chute by means of a powerful steam winch & large rope. At this point they fasten a large steel cable to the flanks of the beast & haul it up the platform into the cutting shed. 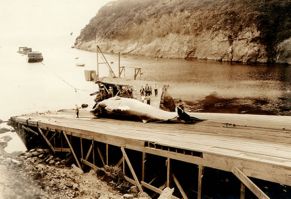 The blubber is then removed in four huge slices from head to tail by powerful winches.

Next the head is severed, then the adominal cavity & all the intestines thru the huge tail muscles are pulled from the vertebrae.

Nothing now remains but the vertebrae which is hauled to the side & pulled to pieces. The blubber goes thru a machine that slices it all into fine pieces, then by an endless belt it goes to the rendering tanks where the oil is taken out by steam heat. The residue is made into fertilizer.

The head, intestines, all bones and blood are made into fertilizer while the large muscles & larger portions of flesh about the head are cooked in pressure cookers for chicken feed.

We set our traps near a trickling rill in the dense redwood forest this evening. 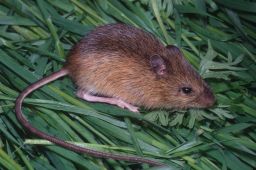 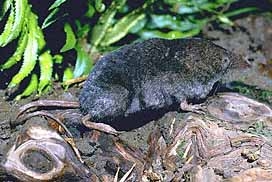 Much aplodontia sign was seen & plans were made to set for them later.

Saw a Varied Thrush this a.m., was in dense woods near rill.

First Finback whale captured during our stay was brought in this morning. The beast was 53 feet long & the estimated weight was 53 tons. The whalers figure, whales in good condition over 35 feet in length, to weigh a ton per foot in length.

We were not down in time to see the animal hauled in nor the first sheet of blubber taken off.

Many visitors were present & most of the women were holding their noses with their handkerchiefs, as truly the place smells vile.

The traps were not reset tonight.

Traps did not do so well this morning & held but a couple of shrews.

A 52 ft Finback whale was brought in last night & at 8:30 this morning the large tail muscles & viscera were still steaming with animal heat.

Measurements are assumed to be estimates. Like most of the Finbacks caught near Trinidad that year, this was a young whale – adult Finbacks range from 60-70 ft in length. More Finback whales were caught in the 20th century than any other whale species, and although they are believed now to be “generally abundant in the North Atlantic and North Pacific”, they are protected as an endangered species worldwide.

This animal had been feeding on shrimp-like crustaceans about half an inch in length & its stomach contained about 2 barrels of them. 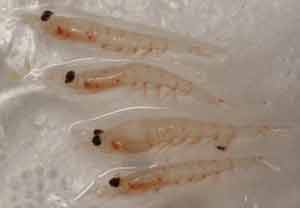 At the time of this expedition, whale experts thought that Finbacks had a regular migration route. Researchers currently cannot identify any such migration paths, and have found Finbacks at a broad latitudinal range throughout the year. Experts do not know if Finbacks fast during winter months, like migratory whales. Huey & Howell identified the Finback stomach contents as Euphausia pacifica hansen. All of the Finbacks they observed during this expedition had either these shrimp or small “mackerel-like” fish in their stomachs.

We counted the baleen plates & found 328 rows on one side of the mouth. These strainer plates only occur on the upper side of its mouth and in this whale extended about 7 ½ feet along the outer edge on lips. These plates were very short near the front end of the mouth & at the back were about 15 inches in length – being larger towards the outside & shorter towards the place where the tongue should be. The tongue in this species is very rudimentary and indicates that the food is obtained by opening the mouth wide, taking in a large school of small fish or shrimp at the same time, extending the gular pouch. Closing the mouth the gular region is contracted & the food strained from the water by the baleen plates. This operation does not necessarily have to be close to the surface. 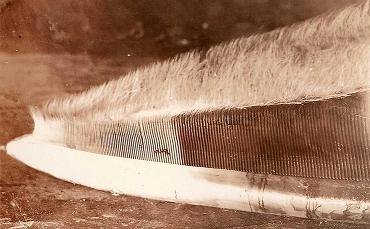 Baleen is composed of keratin, which is also found in hair, feathers, horns, and fingernails. Finbacks have between 260 and 480 baleen plates on each side of their jaw. Oddly, the left side of a Finback's jaw is black, while the right side is white. This photo shows the right side (the jaw is upside-down) - note the white coloration of the forward-positioned plates.