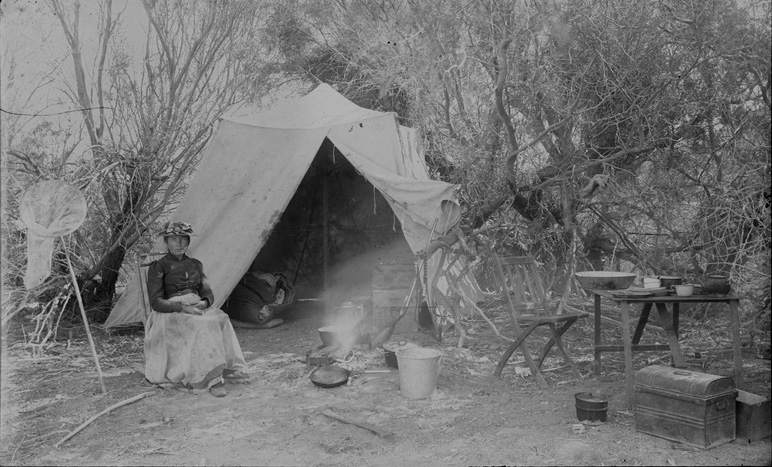 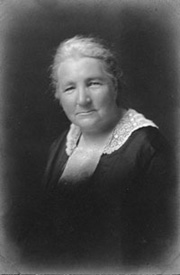 Katherine "Kate" Stephens (née Brown) was a nationally recognized naturalist and paleontologist who served as Curator of Collections for the San Diego Society of Natural History and later as Curator of Mollusks & Marine Invertebrates.

Born in England, Kate's interest in natural history was cultivated by frequent visits to the museums of London. She worked for a time at the British Museum of Natural History and in 1890, she left England to live with her cousin in San Diego County. Kate taught school in Witch Creek (between Ramona and Julian) and became interested in the shells of San Diego. She collected and studied both terrestrial and marine mollusks of the San Diego region and was regarded as a resident authority on the subject. In August 1898, Kate married mammalogist and ornithologist Frank Stephens. The two shared a great interest in natural history.

In the early 1900s, Frank was an active member of the San Diego Society and an accomplished Pacific Coast mammalogist. In 1910, the Society hired Kate as curator for its collections, wherein she assumed responsibility for the care and conservation of specimens. For eleven years, Kate and Frank collaborated to create the original museum exhibits and together they did much of the work expanding and caring for the collections.

Due to Frank's poor hearing and reputation as a careless driver, Kate forbade her husband to make collecting trips alone. She traveled with Frank on many, if not all, of his collecting trips after they were married. During the trips she would assist as his secretary recording their travels and specimen collections. For two years (1927-28) she worked on the fossil shells of San Diego County in connection with a paleontological study conducted by the Society and under the direction of U.S. Grant IV and Frank Stephens.

Kate continued working at the San Diego Natural History Museum cataloguing numerous collections and in 1920 assumed the position of Curator of Mollusks & Marine Invertebrates. She prepared numerous exhibits featuring small shells, sponges, gorgonians or sea fans, and fossil shells of the chambered nautilus. She also taught natural history to the local children of San Diego. Students who were given their first taste of natural history by Kate Stephens included Laurence M. Huey, who later became the Museum's Curator of Birds and Mammals, as well as Carl L. Hubbs. Hubbs became a world-class ichthyologist and biology professor at Scripps Institute of Oceanography, in addition to a Trustee for the San Diego Society of Natural History.

In 1936, after 30 years of service to the museum, Kate retired from her curatorial position. In all, she served as the Society's Curator of Collections, Assistant Director, Secretary, Librarian, and as Curator of Mollusks and Marine Invertebrates. The Museum's  Bulletin  (February 1936) claimed that "In fact, it can be truly said that were it not for the devotion of Mrs. Stephens and her husband, Frank Stephens, there may be no Natural History Museum in San Diego today."

Kate once claimed that "Frank taught me all I know of Natural History as a science." In her own right, she possessed a considerable knowledge of general natural history with a focus on marine invertebrates. Kate was fully acquainted with living mollusks, both marine and non-marine and developed an expertise in the fossil field, not only of mollusks but also of invertebrate paleontology in general.

Although retired, Kate remained active in her conchology research well into her 90th year. Over 100 years old at the time of her death, she was the Society's oldest living member both in years and length of membership. The personal collections of Kate and Frank Stephens were donated to the museum posthumously in 1955.

1907—Took part in a University of California expedition to Alaska

1927—February, relabeled collections to correspond with the new nomenclature.

1928—Summer, prepared exhibit on ammonites or fossil shells of the chambered nautilus group.