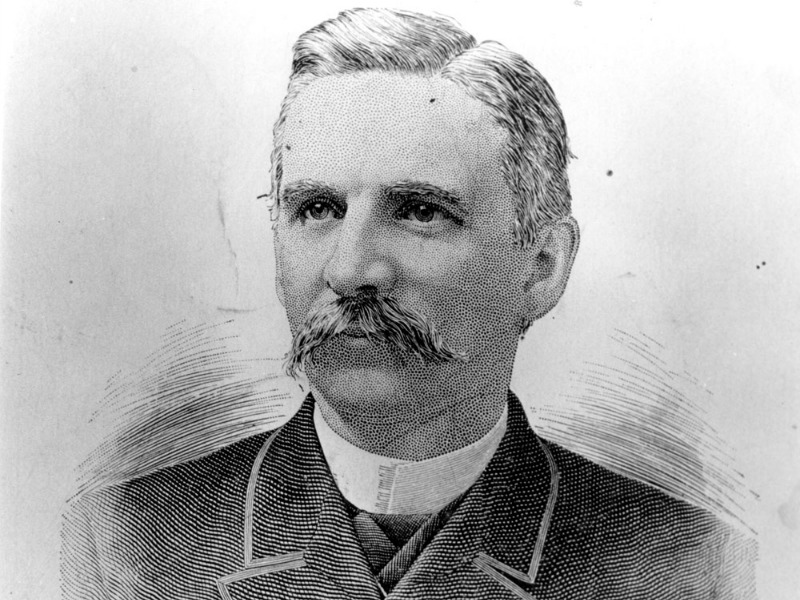 Born on March 21, 1838 in Poughkeepsie, New York, Daniel Cleveland came from a family of lawyers. This included his father, a well-known attorney in New York, as well as his brother, William. Daniel himself was admitted to the bar in 1859 and later practiced law alongside his brother in San Antonio, Texas throughout the Civil War.

Early on, Daniel became a civic leader in San Antonio. He served as mayor of the town and helped transform it from a place saddled with bankruptcy to a city free of debt. After living in San Francisco for a short time, he settled in San Diego in 1869, along with Alonzo Horton and other important civic leaders. He opened and maintained a downtown law office in the Commercial Bank building at the intersection of 6th Avenue and E Street.

Daniel Cleveland was a mover and a shaker in the early years of San Diego, and had many areas of influence. He was involved in all areas of civic life of San Diego, and instrumental in establishing the foundations for the first public library as well as banks, a hospital, schools, playgrounds, and charities. He seemed to find time to delve into every aspect of community life and made significant contributions to establishing the city as an up-and-coming place in the West.

Despite his daytime occupation as a busy attorney, Cleveland had a great personal interest in botany and exploring the new plants he found all around him in San Diego at the time. He became friends with Oliver Sanford, a local surveyor, who had an avid interest in collecting and identifying beetles. They realized the region offered no end of interesting plants, animals, and new habitats to explore, describe, and learn about. Together the two men, in a very far-reaching move, decided to form a society whose purpose would be to discuss local natural history.

On October 1, 1874, they met with seven other men in Cleveland’s office to form the nascent organization named the San Diego Society of Natural History. In order to do so, they drew up formal articles of incorporation, and met again one week later. On October 15, 1874, the articles of incorporation were officially filed and publicly announced in the San Diego Union newspaper.

When it began, the purpose of the Society was not just to study nature, but to educate others about it and to preserve local natural history collections as well. The group held weekly meetings, began to collect donations of plants, animals, and fossils, and initiated an outstanding scientific library. From the beginning, Cleveland stressed the importance of the organization remaining fiscally conservative, an attitude that was not always supported by other members but proved to be very important over the long run.

While Cleveland had little interest in functioning in an administrative capacity, he nevertheless believed in the importance of the Society. As such, he served as president for two terms, from 1888 to 1890 and from 1894 to 1904. Participating in the organization for some 40 years, he finally resigned in 1914 over a controversy involving whether or not to purchase the downtown Hotel Cecil for use as a future meeting and exhibit space.

Cleveland’s contributions go far beyond his role as a founder and administrator. He was the first person to make a systematic study of plants of the San Diego area after the Mexican-American boundary survey of 1850, which stretched along the 2,000-mile border between Mexico and the United States.

Cleveland had a particular interest in ferns as well as other plants, and began collecting local species, many not previously known to science. Most importantly, he initiated a very significant correspondence with Professor Asa Gray of Harvard University, which lasted almost 20 years, from 1871 to 1890. Gray, a nationally renowned botanist, helped Cleveland by classifying the plants he collected and encouraging him to continue his research and field work.

His plant collection formed the initial nucleus of our herbarium collection in the Botany Department. We currently house more than 1,500 of his herbarium specimens, the majority of which were collected in San Diego County. The earliest Cleveland specimen dates to 1874.