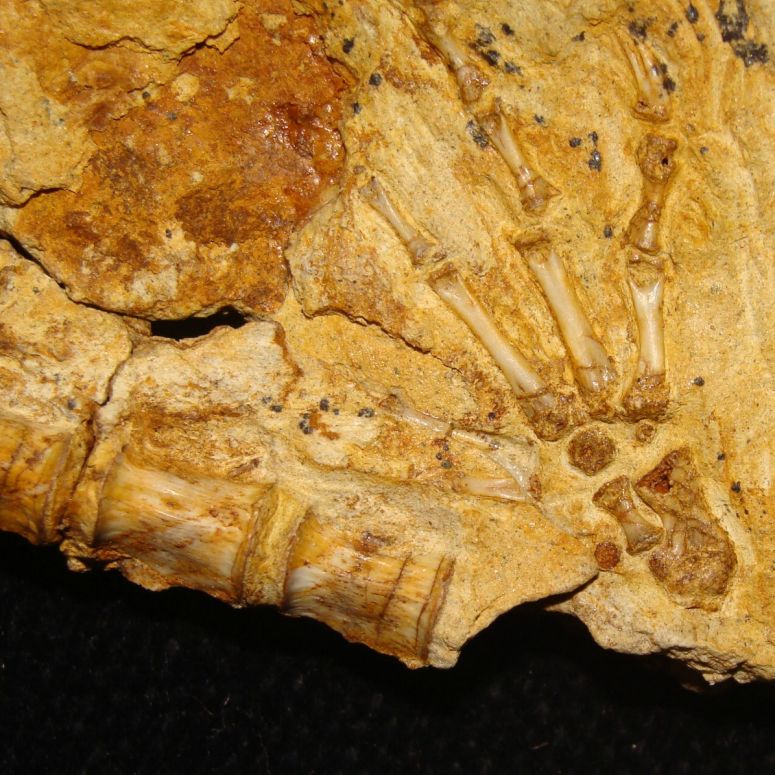 The best paleontological discoveries are not always are made in the field. Actually, new fossils are often found in the laboratory.

Recently, while splitting slabs of fossil plants in the lab, our preparators discovered a partial fossilized skeleton of an ancient crocodile. The specimen included the bony armor that ran along the back of the animal, portions of the front limb and foot, lumbar and tail vertebrae, and ribs, making it the most complete fossil crocodile known from San Diego. Previous discoveries in the region are restricted to only isolated teeth and bony armor.

This animal is believed to belong to the genus Borealosuchus, which is distantly related to modern crocodiles and alligators. The specimen, along with a rich deposit of fossilized leaves, was discovered in 46-million-year-old sedimentary rock that was unearthed during development of a new phase of the Black Mountain Ranch neighborhood here in San Diego.

This specimen will eventually be studied by researchers and might be used to improve our understanding of this animal’s biology and evolutionary relationship with other North American crocodilians. Additionally, this find tells us the geographic range of this taxon is larger than previously documented. Every discovery like this is one piece of a bigger evolutionary picture, giving us a better understanding of the Eocene environment in San Diego more than 46 million years ago.