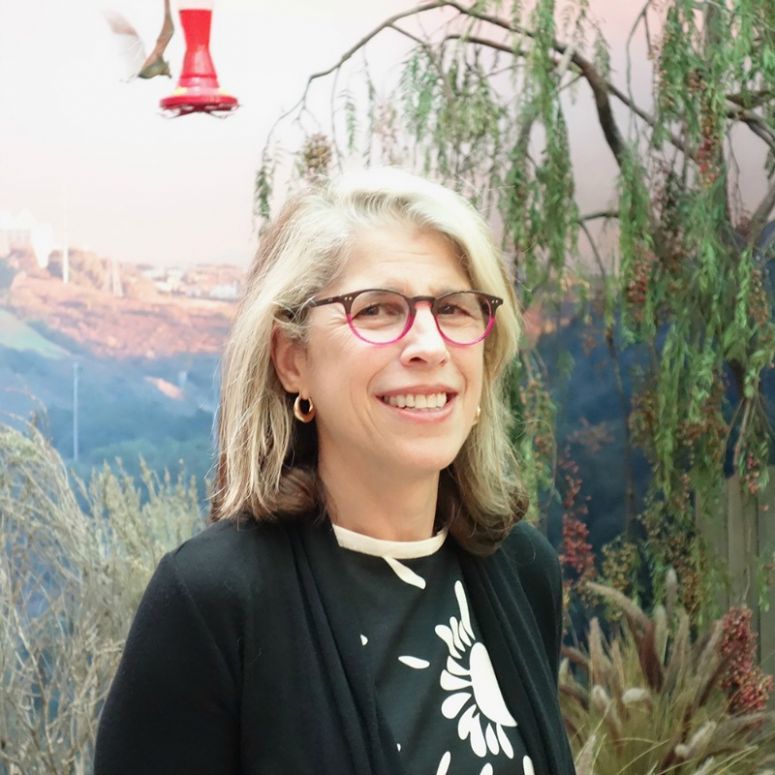 SAN DIEGO—The San Diego Natural History Museum (theNAT) today announced that Judy Gradwohl has been selected as the Museum’s new president and CEO. Gradwohl, who comes to San Diego after 30 years with the Smithsonian Institution, will assume the role on July 1, 2016 at the start of the Museum’s new fiscal year.

“TheNAT is a gem—it has superb staff and collections and is the best possible visitor center for the natural world in San Diego County and Baja,” said Gradwohl. “This role is a perfect fit, as it brings together my work in field biology, environmental conservation, digital outreach, education, and museum management at the Smithsonian. It also represents a homecoming of sorts; not only am I returning to southern California, but getting back to natural history where my career began. I am delighted and honored to join such a respected institution.”

Gradwohl replaces Dr. Michael “Mick” Hager, who will retire June 30 after 25 years at the helm of the 142-year-old institution.

“I can think of no one better to lead this beloved museum. While I have focused on building the Museum’s infrastructure and unifying our research and programs under our mission, Judy can expand these accomplishments into our community through public engagement and increased access,” said Hager. “I have always felt that the next leader for the Museum would need to focus on dissolving our walls and getting our research out into the public. Her skills are exactly what is needed to move our shared vision for the Museum forward as a leader in the 21st century.”

Gradwohl has held various leadership positions within the Smithsonian Institution. In 1985, she started at the National Zoo focusing on animal behavioral research, education, and exhibits, and then went on to establish the Smithsonian’s Office of Environmental Awareness where she curated large traveling exhibitions and raised major funding toward operations and projects. Gradwohl developed the Smithsonian’s first exhibition website, after which she joined the National Museum of American History, the Smithsonian’s third largest museum. There, she supervised the development of the museum’s web presence and, in 2004, became part of the senior leadership team, assuming her most recent role as MacMillan Associate Director for Education and Public Engagement.

A native Californian, Gradwohl spent much of her youth connecting with the natural world by hiking and camping throughout the state. It sparked a passion for the environment and prompted her to pursue a Zoology degree at UC Berkeley. During her undergraduate studies she was awarded a fellowship to conduct research on tropical forest birds at the Smithsonian’s Tropical Research Institute in Panama, which solidified her interest in ornithology, and formed the basis of her Bachelor’s and Master’s degrees. In addition to having developed innovative programming at several museums within the Smithsonian Institution, Gradwohl is a published author and exhibition curator.

“Judy cares deeply about scientific research, education, and the environment,” said Virginia Crockett, chair of the search committee and past board chair. “We are delighted that Judy will assume leadership of theNAT and believe her unique combination of leadership ability, curatorial background, and public engagement skills is central to the board’s vision of a sustainable future for the Museum.”

Gradwohl’s appointment is the culmination of a comprehensive nationwide search, which involved input from stakeholders inside and outside the San Diego Natural History Museum. Caldwell Partners, an international firm specializing in searches for board directors as well as chief and senior executives, helped lead the search.

The San Diego Natural History Museum (theNAT) is the second oldest scientific institution in California and the third oldest west of the Mississippi. Founded in 1874 by a small group of citizen scientists, the Museum’s mission is to interpret the natural world through research, education and exhibits; to promote understanding of the evolution and diversity of southern California and the peninsula of Baja California, Mexico; and to inspire in all people respect for the environment. The Museum is located at 1788 El Prado, San Diego, CA 92101 in Balboa Park. For more information, call 877.946.7797 or visit sdnat.org. Follow theNAT on Twitter and Instagram and join the discussion on Facebook.