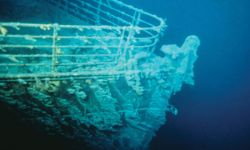 Titanic rests in an incredibly hostile environment, 2.5 miles below the sea on the bottom of the Atlantic Ocean. Over time, human-made objects will be consumed by bacteria, abraded by sediments, and corroded by salt and acids. Even the Ship itself is slowly being destroyed by iron-eating microorganisms, and will one day collapse on the ocean floor. Artifacts that are not recovered from the wreck site will eventually be lost.

During eight research and recovery expeditions conducted between 1987 and 2010, RMS Titanic, Inc., recovered more than 5,500 artifacts. These artifacts range from a massive 15-ton portion of the ship’s hull to a delicate child's marble, measuring only one-half inch in diameter. RMS Titanic, Inc. maintains a comprehensive digital archive of these recovered and conserved artifacts, as well as photographic data from the wreck site.

RMS Titanic, Inc. is committed to recovering, conserving, and exhibiting artifacts from Titanic ’s wreck to help preserve the memory of the people who perished in the disaster and also preserve the physical memory of the Ship. These recovery efforts have allowed people all over the world the opportunity to see three-dimensional objects that bore witness to the sinking and to gain new insights into the human dimensions of the tragedy.

Preserving Titanic artifacts requires a collaborative team of conservators, curators, registrars, archaeologists, historians, and other experts to provide continual care and maintenance of the collection from the moment of recovery onward. By strictly following these procedures, RMS Titanic, Inc. can safely share these unique artifacts with the public, while respecting their historical context as reminders of the RMS Titanic legacy.