The Log from the Sea of Cortez:
Marine Life Images by Raúl Gonzalez

The Log from the Sea of Cortez: Marine Life Images by Raúl Gonzalez focuses on the marine life in the Gulf of California, also known as the Sea of Cortez, which is a major research and conservation area of the Museum.

Sixty plates illustrate the magnificent marine life that John Steinbeck and naturalist Edward Ricketts chronicled during their historic journey there in 1940. Steinbeck’s book of the excursion, The Log from the Sea of Cortez, remains a tribute to Baja California and an important scientific study of marine biodiversity that is used by travelers and biologists alike. 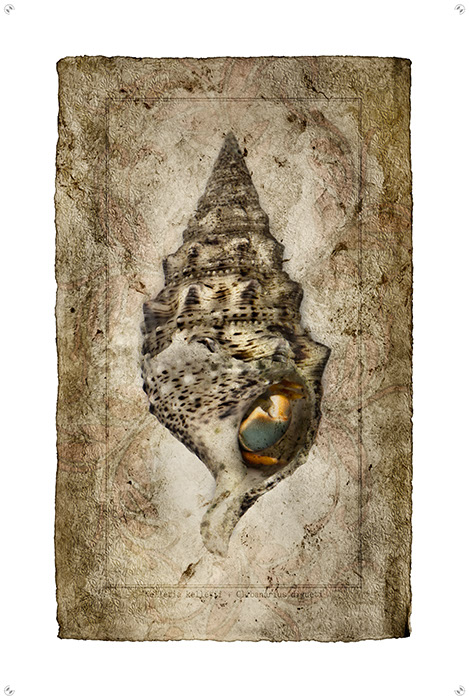 However, the seminal publication lacks photographs or drawings, an oversight lamented by Steinbeck. As Gonzalez explains:

Perhaps the first time that I thought to illustrate Steinbeck´s classic, “The Log from the Sea of Cortez,” was after reading a small fragment of his adventure which appears quite early on in the novel:

…during low tides we all collected; there was no time to dry hands and photograph at the collecting scene. Later, the anesthetizing, killing, preserving, and labeling of specimens were so important that we still took no pictures. It was an error in personnel. There should be a camera-man who does nothing but take pictures.  (Steinbeck)

As a photographer and microscopist, Gonzalez uses the tools of science for the production of artwork, amplifying images such as sand, marine algae, snowflakes and butterfly wings up to 10,000 times.

Learn more about Gonzalez’s project, The Log from the Sea of Cortez.

The exhibition is produced in collaboration with National Geographic and sponsored by Sony Electronics Inc.