The Cockles of Your Heart 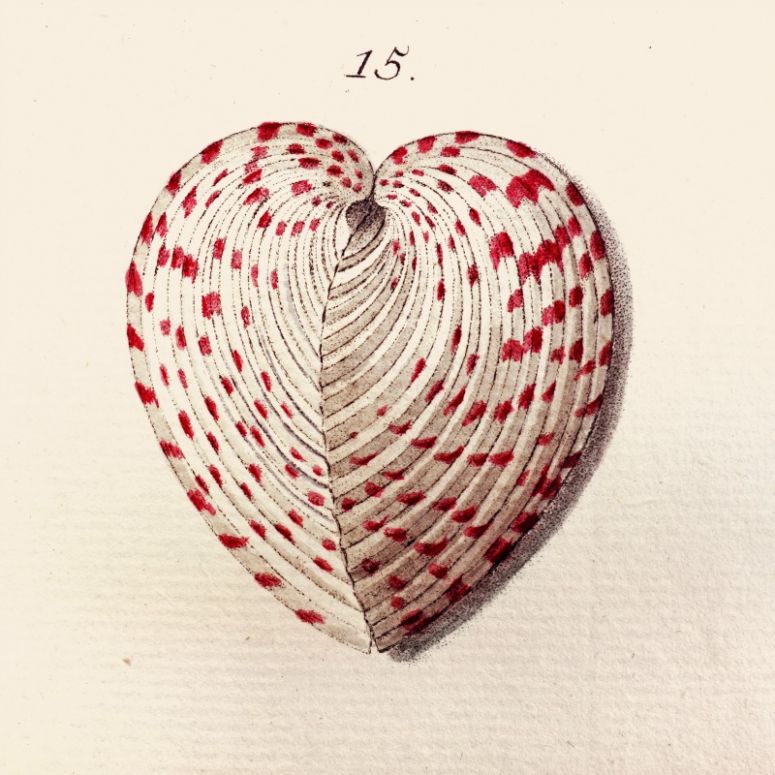 In February, the symbol of the heart is everywhere. The origin of the ubiquitous heart symbol, which can be traced back to earliest times in many different cultures, is cloaked in mystery and we will never be sure how it got started. Nor is it clear how that particular shape got linked to the human heart, an organ that is not especially “heart-symbol shaped.”

But one link between the heart shape and the concept of romantic love may have originated with the vegetal symbolism among the ancient Greeks and Romans of ivy, grape, or fig leaves associated with eternal love or love beyond death, decorating vases or graves.

One intriguing theory of the association of the heart shape and physical or romantic love has to do with an extinct species in the plant genus Silphium, in the same family as fennel. This species of Silphium or silphion had been used medicinally since ancient times in Egypt, Libya, and Greece, and was such an extremely important plant economically that it was represented on ancient Libyan coins from the 6th and 7th century BCE. It apparently served as an aphrodisiac and contraceptive; indeed, other members of the celery family (Apiaceae) are known today to have abortifacient properties. The fruits of this plant were represented in a very stylized form on Libyan coins, the shape being identical to our current heart symbol. This relative of fennel may have been in such demand for its uses that it was driven to extinction.

According to the Doctrine of Signatures, a concept which may have originated in ancient Asia or Egypt but was popularized in Europe during the Middle Ages, plants were marked by either shape, color, texture or some other feature to reveal their medicinal use so that mankind could deduce how to treat disease with herbal concoctions. Thus, the three-lobed leaf of the Hepatica plant was viewed as a “sign” that this plant was good for treating liver disease, and the ancient Hindus reportedly used turmeric, with its yellow color, to cure jaundice. The representation of the fruit of the extinct Silphium species on coins in Libya was suggestive of the male gonads and some authors have posited that the coins themselves served as effective advertising for the aphrodisiac qualities of the local plant. Now, that’s marketing!

Regardless of how the heart symbol evolved, we can say for sure that this shape occurs frequently in nature, whether in the form of heart-shaped leaves, heart-shaped flowers, or seashells such as the heart cockles, of the appropriately named genus Cardium, shown in our illustration. This latter allusion explains in part an otherwise mystifying meaning to the commonly-used phrase, which originated in the 1600s, “warming the cockles of your heart.” Or were the shell-like chambers of the human heart considered to be equivalent to the coquille, or shell, in French? Regardless of this and other etymological and historical mysteries, may your Valentine’s Day warm the cockles of your heart!

Posted by Director of the Research Library Margi Dykens.