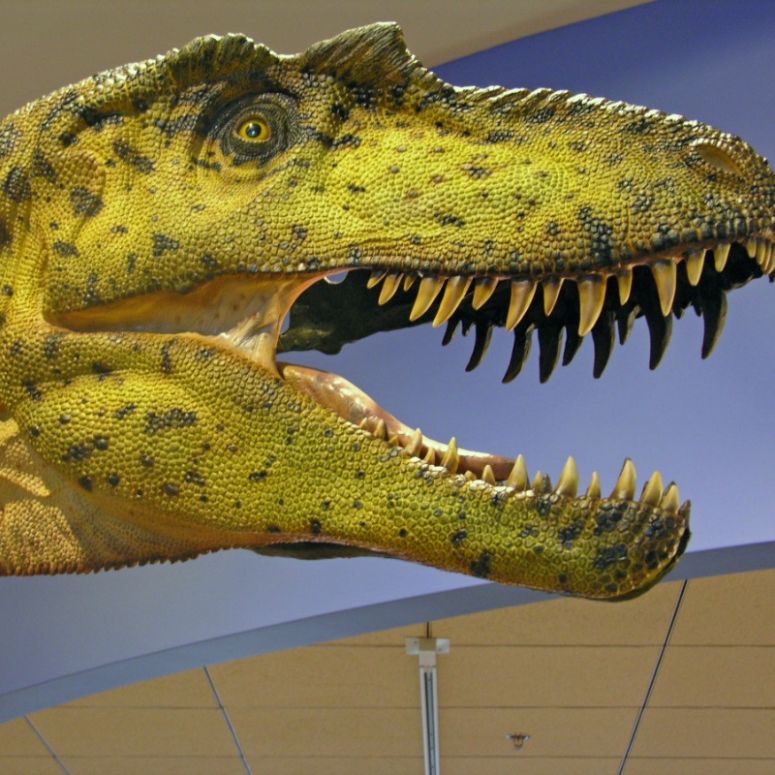 Two recent scientific papers published by a South Korean paleontologist were made possible in part through dinosaur fossils from The Nat’s collection and our digital 3D fossil modeling project.

The papers were published by a Dr. Chan-gyu Yun, who specializes in tyrannosaurid dinosaurs—a group (or clade) of theropod dinosaurs that lived during the Jurassic Period and Cretaceous Periods on what are now the continents of North America, South America, Europe, Asia, and Australia.

Dr. Yun was interested in tyrannosaurid specimens that are part of The Nat’s Sternberg fossil collection. Pioneer fossil hunter Charles Sternberg collected the fossils, which are 76-77 million years old, from the Dinosaur Park Formation in the southern portion of Alberta, Canada, and the Museum purchased them from Sternberg in 1921. (Charles Sternberg and The Nat go way back. He lived in San Diego from 1921 to 1939 and served as honorary Curator of Vertebrate Paleontology at our Museum—learn more here.)

The first paper describes a metatarsal foot bone from a juvenile individual of Gorgosaurs libratus (the species of dinosaur on display at the entrance to Fossil Mysteries). Yun points out it is from the smallest known individual of this species. This specimen helps us better understand how skeletal elements change as the animal grows.

Dr. Yun viewed the 3D models of our specimens online and produced scale replicas of these specimens using a 3D printer and files we sent him. He was able to make examinations, take measurements, and write descriptions on our fossil specimens without ever needing to travel to our Museum or risk shipping the specimens to him. This demonstrates the importance of digitizing scientific collections and shows how 3D modeling is becoming a vital tool in scientific research.

Our Paleontology collection houses nearly 1.5 million fossil specimens, all of which are online. So far, 130 of them are available in 3D, and can be manipulated and rotated by simply moving one’s computer mouse. The specimens were imaged and compiled by museum volunteer Gabriel Vogeli, and the user interface was developed by web programmer Ray Garcia. View the 3D collection here.

The physical specimens in our collection provide tremendous value, and digitizing them increases that value exponentially. It makes these resources easily searchable, providing access to students, researchers, and paleontology aficionados around the world.