Random Questions for Our Library Director and Their (Sometimes) Surprising Answers 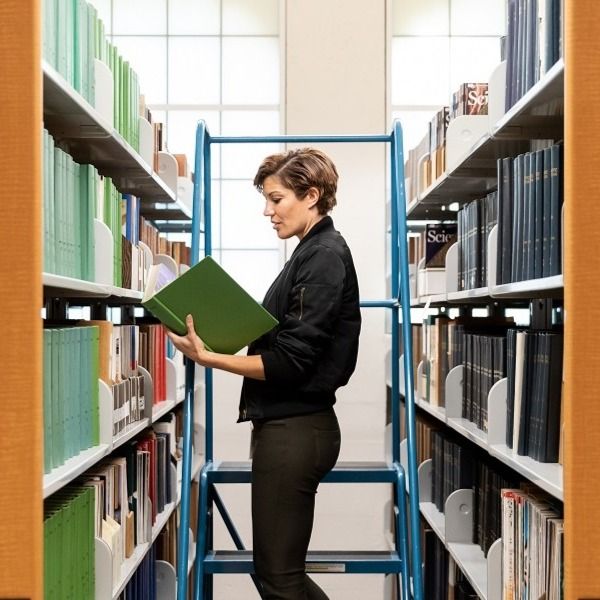 As the Library Director & Curator at the San Diego Natural History Musuem, I get a lot of weird questions.

I’m the person that scientists, staff, and the public turn to if they get stuck while doing natural history research. Helping people find answers to things they’re curious about is one of the best parts of my job—and also the most surprising. Since The Nat specializes in all things creepy, crawly, and cool, the questions people ask can get very random, very fast.

Here are some of the best questions I’ve been asked, along with the answers I’ve uncovered:

Yes! Some insects can hear! What they hear varies, because insects detect sound in different ways from us and from each other, but some of them definitely translate sound waves into brain signals.

For example, mosquitos and fruit flies have antennal ears. When particles pushed by sound waves hit these, the vibrations send signals to the insect’s brain. Katydids and crickets have drum-like ears just like us, except theirs are on their legs! They’re called tympanal organs, and can crop up in different places on different insects. Male praying mantids have a single tympanal organ right in the middle of their chest!

What’s really interesting is that these "ears" have all evolved independently of each other, suggesting that hearing is beneficial to many different insects.

“What are the best conditions for butterflies to reproduce, especially in Baja California?”

This is a surprisingly difficult question to answer! Different butterfly species all reproduce at different times and under different conditions. Some need to wait for certain plants to grow, so that their larvae (caterpillars) have the right food to eat. Others are affected by humidity—if it’s too dry, the eggs will shrivel and die, but if it’s too wet, the eggs will get moldy.

As far as I can tell, no one has compared reproductive conditions for butterflies in Baja California yet, but that would make a cool project! You might even focus on species in a single family, like the skipper butterflies (Hesperiidae), if the topic still seems too broad.

“Do you want to see a black widow?”

(Asked by our Animal Care Associate, Stacey Vielma, who proceeded to pull a jar containing a live black widow from her pocket)

I think it is! Male black widows differ quite a bit from their female counterparts—a phenomenon known as sexual dimorphism. Males don’t have the large rounded abdomen or the red hourglass underneath. They aren’t even always black! They can range from black to brown to grey, and have slender abdomens, often with light-colored dots. Females often consume males after courtship, but if there is a skinny spider with dots next to a female black widow, there’s a good chance that it’s a male black widow.

“What plant is this?”

Well, the umbrella of yellow flowers (an inflorescence), and the thin feather leaves makes me think it’s a member of the fennel or carrot family (Apiaceae). I’m not 100% sure about the species though.

One of the best ways to find out is to take a picture and upload it to the website iNaturalist. It runs the picture through its AI algorithms to make a prediction about what species it is. Other people may also see your picture and make suggestions, and once it’s up there your picture might even contribute to some scientific studies!

Once you get an idea of what the plant might be, you can go even further by looking up the suggested species in the San Diego County Plant Atlas and see if it matches what you saw.

“What is the story of the first flowers?”

It seems simple, but this is yet another surprisingly complex question! The general consensus is that the Triassic was dominated by gymnosperms (plants with unprotected seeds, such as ginkgo trees, pines, and junipers), and that angiosperms (flowering plants with protected seeds) arose in the Jurassic. However, some experts question this timeline.

One reason is that gymnosperms in the Triassic, called the bennettitales, have primitive "flower-like" reproductive structures, with leaves curving slightly around the ovary. However, molecular studies have not found any genetic connection between these plants and the angiosperms. It's tough to know these answers for sure because plants decay so quickly that they rarely get fossilized, but this is what we know so far.

“At what age can snakes reproduce?”

Well, it depends. Sexual maturity for reptiles isn’t dependent on age at all. Body size, nutrition, and overall health are much bigger factors in reaching sexual maturity, as are things like rainfall and stress. Thus, instead of saying “reproductive age” for snakes, it’s better to think of a “reproductive threshold.”

Under optimal conditions, many snake species can reach sexual maturity at around 2-3 years, but it's hard to generalize even this fact. Even within one family or genus, species grow and reproduce at totally different rates.

While a lot is known about common species, such as the Black Rat Snake (which reaches sexual maturity at 7 years for males, 9 for females) or Timber Rattlesnake (between 4-10 years for either sex), there are many species out there which are still understudied.

“How have amphibians been around for so long, despite being so sensitive?”

Amphibians are actually really great survivalists! After the mass extinction at the end of the Cretaceous era, amphibians took advantage of the ecological niches left behind by dinosaurs and created by flowering plants. Many are also able to hibernate until the weather gets better—sometimes for years.

That said, amphibians are in great danger right now. Chytrid fungi are a particular threat, as they attach to the skin, making it hard for amphibians to breathe. Chytrid has driven some species to extinction, majorly reduced numbers in others, and grows on every continent with amphibians.

“Can you sort a bunch of pictures of dead whales for us? We need to compare the patterns on their skin to study subspecies.”

Seriously? I mean, I know it’s for science, but . . . Well, I guess this picture of whale intestines is actually kind of interesting. And this one has a different rostrum (nose) compared to that one. And if you look closely, you can see that the dorsal fin on this one. . . OK yeah, I guess I can look through them!

“I saw this weird, blue jelly thing on the beach the other day. Is it a jellyfish? Can I touch it?”

I saw those too! It’s called a velella, it’s a distant cousin of jellyfish and, no, you probably shouldn’t touch it. It floats on the water like a little blue lifeboat with a clear sail that points up in the air. That’s how it got its nickname, the “By-the-wind sailor.”

A velella has short tentacles like jellyfish, and follows a polyp-and-medusa reproduction cycle like jellyfish, but its sting doesn’t harm humans unless it gets near your eyes. Since it’s a wild creature, I don’t recommend touching it, but if you come in contact with one, make sure to wash your skin after and definitely don’t touch your eyes! 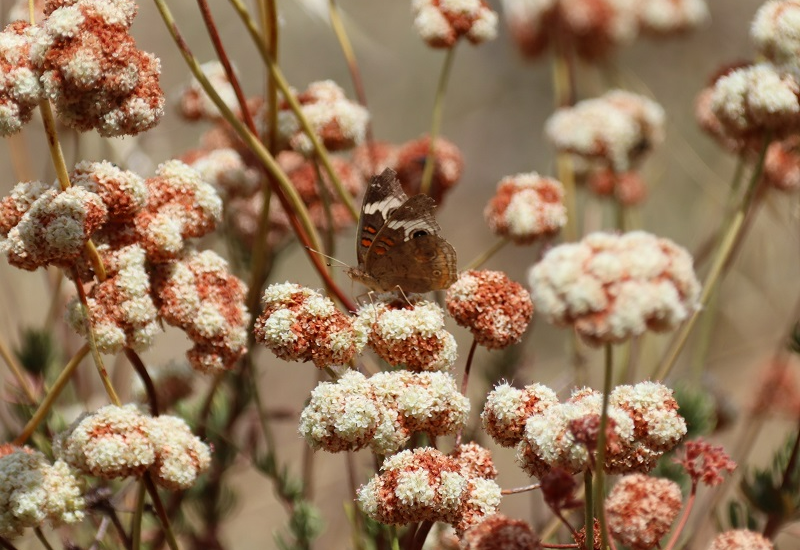 It turns out that butterflies differ widely in their environmental needs when it comes to reproducing. 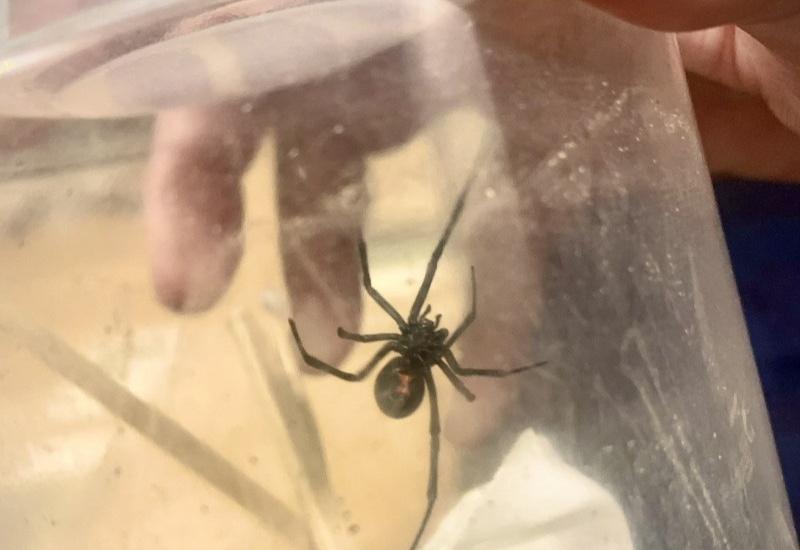 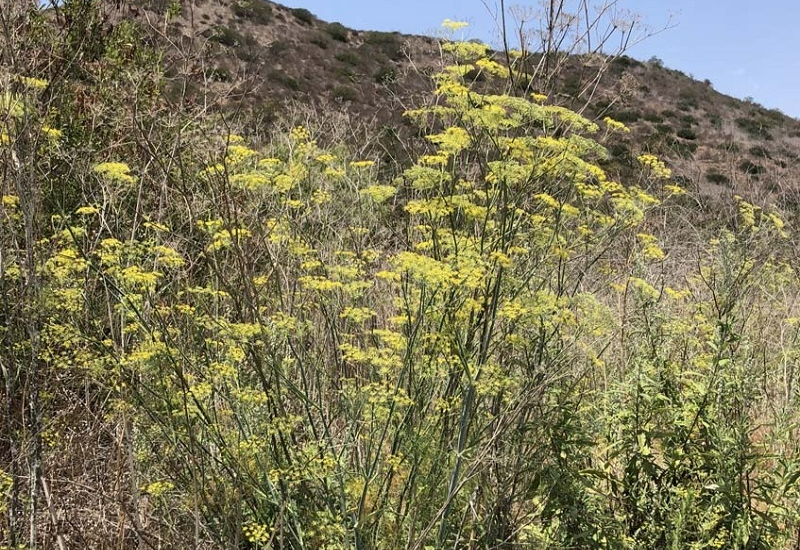 Our Research Library is a helpful resource for identifying plants, but other useful guides include the iNaturalist app and The Nat's online Plant Atlas for San Diego County. 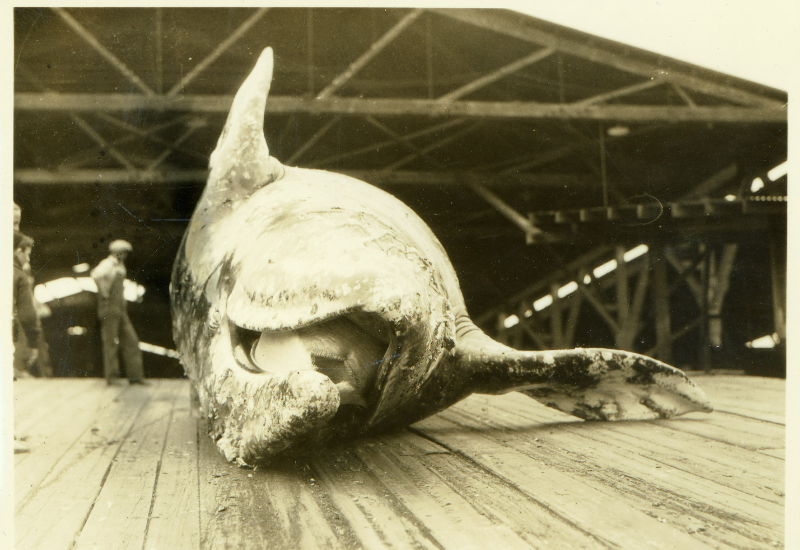 In addition to lots of books, our Library holds thousands of historic photos, which are still useful for research even decades after they were taken. 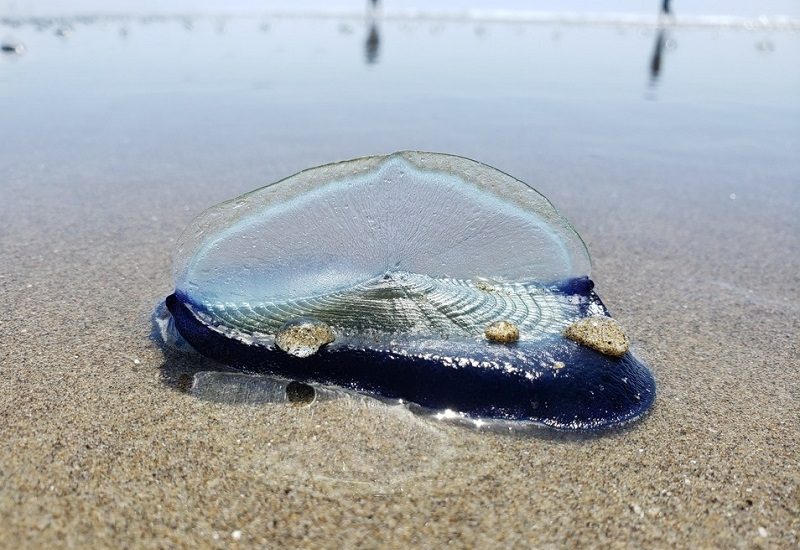 If you find something in nature you'd like to know more about, ask us! Members of the public are welcome to bring their natural history questions to The Nat's research experts.