Off The Wall: The Devil is in the Details 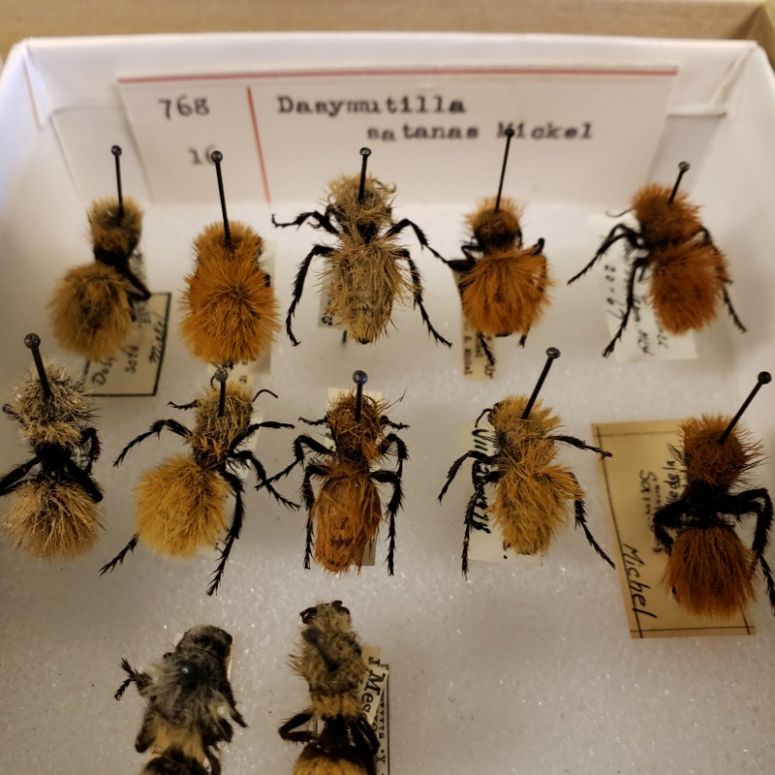 Halloween. Dia de los Muertos. National Deviled Egg Day. This time of year, it is hard not to think about the underworld and its ruler, Satan. He goes by many names: Prince of Darkness, Lucifer, Beelzebub, Al Pacino…the list goes on and on.

In addition to having many names, the devil has a surprising number of species named after him. Patronyms, scientific names for species that are named for someone, are typically used to honor that person. For instance, I long ago named Solomonius schaeferi, a species of stinkbug (a dubious honor), for my Ph.D. advisor, Carl Schaefer.

That said, patronyms are sometimes bestowed with the tongue planted firmly in the cheek. For instance, in 2017 an entomologist made headlines for naming a moth Neopalpa donaldtrumpi because it looked like it was wearing a blond toupee. So, what is the story with satanic scientific names? Are they meant as an honor to the Lord of Flies? Are these species evil? Or is the satanic scientific name somehow biologically meaningful? While it would make a bizarre premise for a movie, I am not aware of a satanic cult of taxonomists out there in the world that are looking to honor the Dark Prince. And the truth is, no matter how much you hate mosquitoes, species are not intrinsically good or evil. Instead, a lot of devilish scientific names are rooted in the biology and structure of the critter in question.

There are a variety of satanic scientific names for animals that live in caves (i.e., the underworld). For instance, the scientific name of a cave-dwelling centipede from Europe, Geophilus hadesi, roughly translates to Hades’ Earth-lover. Similarly, there is a genus called Satan that contains a species of blind catfish, Satan eurystomus, that lives exclusively in caves in south Texas. So, it is factual to say, Texas is the home of Satan. Sorry Texas.

Most nefarious names, however, refer to the “diabolical” appearance or behavior of the species being named. The name, Diabolicoris, of a small spiny assassin bug from New Caledonia translates to “devil bug.”  Barbucca diabolica, a fish from Malaysia has “glowing red eyes and a spiked tail.” Aphistogoniulus diabolicus, a species of giant fire millipede from Madagascar, has horns on its reproductive organs. Yikes. A diabolically darkly colored bat with fierce disposition from Vietnam was named after the Lord of Flies, Murina beelzebub.

There are about 1.1 million species on Earth to which scientists have given scientific names. In truth, very few are devilishly named. If there is anything truly “evil” going on in the world of taxonomy, it is that we are in the middle of a mass extinction event and there are at least another 2-3 million species that are undiscovered or don’t yet have names. We are ignorant and losing species that we have never gotten to know. In the words of Socrates, “there is only one good, knowledge, and one evil, ignorance.” Don’t be evil. Support biodiversity and taxonomy research. Support The Nat.

Posted by VP of Science and Conservation Dr. Michael Wall.