For the Birds: When to Trim Trees to Minimize Impact on Nests 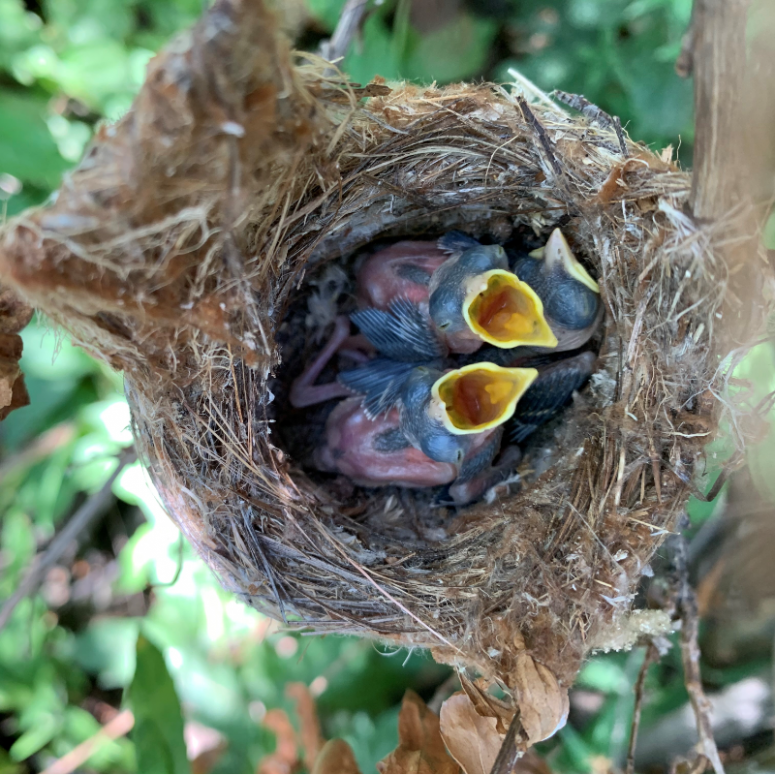 For homeowners, being fire safe usually means pruning trees and bushes around homes. But this also has a potential downside—disturbing or harming bird nests. Every year, our partners at Project Wildlife get birds that are casualties of tree trimming, and there are sad episodes of live nestlings having been found in dumpsters after foliage has been pruned. And relocating nests is not a good option. Since birds did not evolve in a situation where nests are relocated, they are unable to recognize a nest as theirs if it is moved.

So, when is the best time to trim trees in San Diego? When birds aren’t breeding.

Phil Unitt, curator of birds and mammals and author of The San Diego County Bird Atlas, explains that nesting seasons vary by species and year. In wet years, the season expands so that birds begin nesting earlier and continue later. In extremely dry years, most land birds in native habitats forgo nesting entirely.

The year typically starts in the second half of December with the first nests of Anna’s Hummingbird. Birds of prey also start early, refurbishing their nests in December and January and laying in February. In some years the Barn Owl may start nesting as early as December. Traditionally, most chaparral birds start laying their first clutch of the year in the third week of March. So, there is a rather low chance of disruption of bird nesting through February, though pruning of trees with hawk or owl nests shouldn’t be done later than mid-January.

Most birds will nest repeatedly through the spring and early summer, laying a second or even third clutch if their first one is successful, and an indefinite number of times after failures. In an average year, the season winds down in mid-July, by which time almost all young birds should be out of the nest, even if they are still being fed by their parents. In years of severe drought, nesting may cease in early June, if it takes place at all.

This means that August to November is the best time for tree trimming and vegetation control, or up to the first substantial rain in December.

Of course, there are exceptions to this rule. Occasional birds such as the Lesser Goldfinch and California Thrasher will nest at atypical times of year. A newly colonizing invasive species, the Scaly-breasted Munia, nests through the fall—probably one reason why it is increasing so aggressively. And another new colonist around San Diego, the native Allen’s Hummingbird, may also nest practically year-round. With climate change, some birds may be nesting earlier. Locally, our strongest evidence for this change is with the House Wren, but data adequate for a rigorous statistical analysis do not exist.

For these reasons, there’s not always a perfect time to prune. But to minimize the impact on nests, August to November is best.