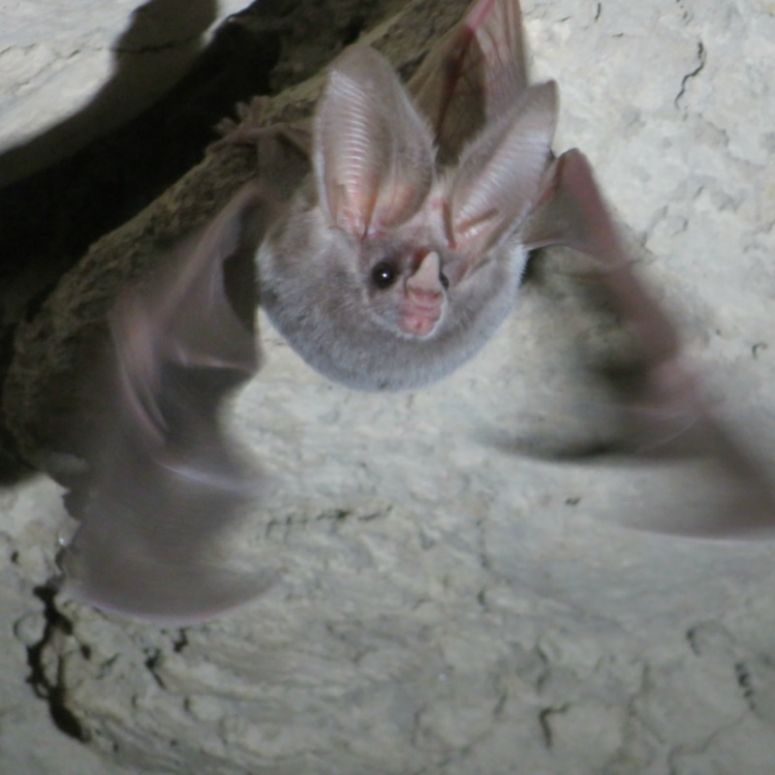 There are dozens of different bat species living in all 50 states, including at least 20 bat species in Southern California. Why do bats matter? Bats are incredibly valuable to our environment because they perform jobs like eating insects, pollinating plants, and providing high-quality fertilizer (bat guano—or bat poop—is one of the best organic fertilizers known to farmers).

Did you know a single bat can eat approximately 1,000 mosquitos a night? Due to their voracious appetites, bats are largely responsible for the control of major agricultural pests (it is estimated bats save the agricultural business billions of U.S. dollars in pest control annually).

Bats are also indicators of biodiversity. They can tell us about the state of the environment, as they are top predators of common nocturnal insects and are sensitive to changes in land use practices. More and more, people understand the importance of protecting all bats because of the many benefits they provide to humans.

Bats use bridges day and night for roosting and raising their pups. These structures provide great homes for bats because they keep temperatures stable and have deep crevices for safe hiding.

Highway bridges all over the United States host bat colonies, but with many of them aging and structurally deficient, what happens when bridges need repair? That’s where we come in. Our museum scientists are often called upon to assess which bridges house bats, and how to conserve them when the construction work needs to be done.

This is an area of specialty for scientists at the Museum. In fact, one of the few bat experts in Southern California, Drew Stokes, is a field biologist at The Nat, and heads up many of the bat relocation projects in the county.

Bat exclusion is the primary method our scientists use to safely remove bats from bridges. This involves attaching netting over the entrance to where bats get in, and allowing the bat to safely exit the structure, but not re-enter. Once the bats have been safely excluded, the crevices can be filled with expandable foam to prevent the bats from re-inhabiting the structure.

At the same time, a special bat house can be built nearby to provide a safe and attractive roost for the bats that have been displaced. Many larger bat houses are multi-chambered nursery style houses made of plywood (pine or cedar) and painted using a non‐toxic weatherproof paint. Newer designs consist of simple panels of wood or concrete sheet rock placed under and along the sides of bridges.

With proper accommodation and scheduling, bat colonies can be safely harbored nearby while a project is completed. While bridge construction projects are complicated enough, maintaining healthy bat numbers is important for pollination, pest control, and healthy ecosystems. Bottom line: bats matter.