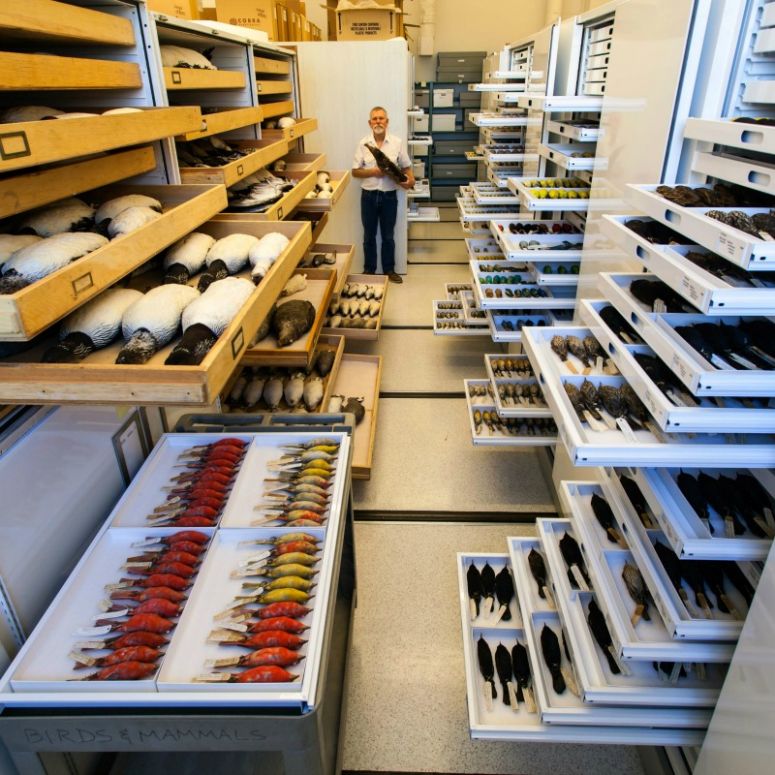 Have you ever wondered what goes on behind the exhibits in The Nat’s building? The building looks bigger from the outside than inside because it holds 8 million specimens in storage areas underground and behind gallery walls. The Museum is giving visitors a rare peek behind the scenes when they open Unshelved: Cool Stuff from Storage on November 18. The exhibition, which is included with paid admission and free for members, will remain on view for two years.

As visitors enter Unshelved, they will feel as though they have been given an all-access pass to the Museum. The entry is dominated by a giant sperm whale jaw that demonstrates the sheer size of this remarkable mammal. Visitors will also see an impressive display of specimens from all over the world: brilliant gems and minerals, an emperor penguin, massive bats, a 20 foot long anaconda skin, pinned bugs and insects, a wall of skulls, and a variety of vintage taxidermied birds. The specimens chosen for this exhibition demonstrate the Museum’s long history of collecting and the magnificent diversity of life on Planet Earth.