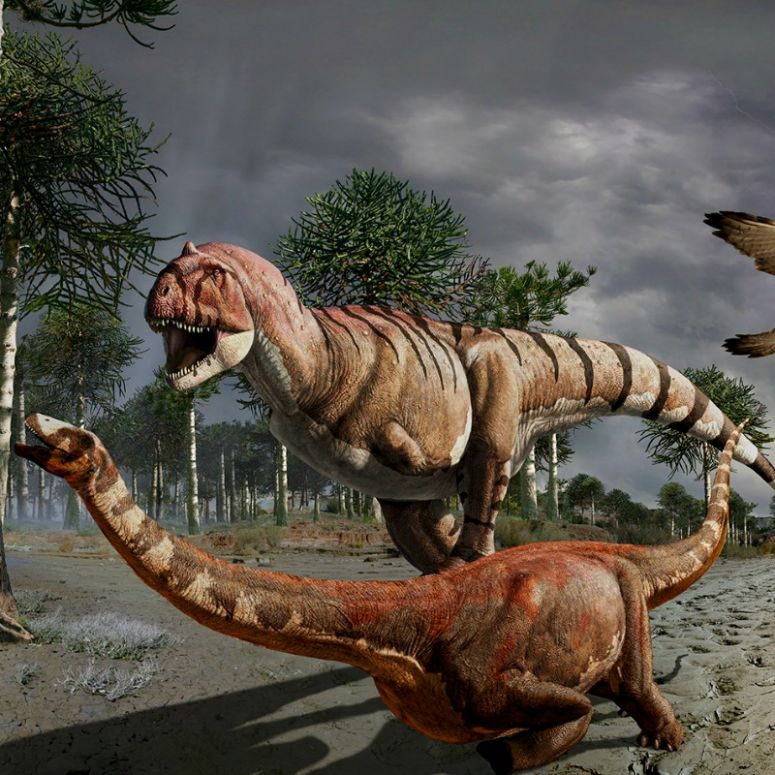 Based on groundbreaking research from scientists around the world, Ultimate Dinosaurs reveals a new breed of dinosaurs that evolved in isolation in South America, Africa, and Madagascar—dinosaurs unfamiliar to popular imagination and virtually unknown to most North Americans.

Cutting-edge, 21st century technology puts a new twist on these prehistoric creatures, bringing them to life like never before. Through the use of augmented reality technology, full-scale dinosaurs are transformed into flesh-covered animated beasts. This same technology highlights the continental drift that altered the landscape of the ancient world, setting the stage for the evolution of these bizarre creatures.

Feel the exciting and intimidating presence of these exotic creatures as you wander among 16 life-size casts and numerous prehistoric specimens. From the tiny Eoraptor to the massive Giganotosaurus (T. rex's bigger, badder cousin), Ultimate Dinosaurs is a fascinating study of species you haven’t met before.

Ultimate Dinosaurs was created and produced by the Royal Ontario Museum, Toronto. Toured by the Science Museum of Minnesota.

Complimentary Passes for Media
We offer free admission and tours to journalists on assignment only. Please call April Tellez at 619.944.5993 in advance of your planned visit to make arrangements. Enter through the north entrance (by the Moreton Bay Fig Tree) and check in with our Admissions Desk.