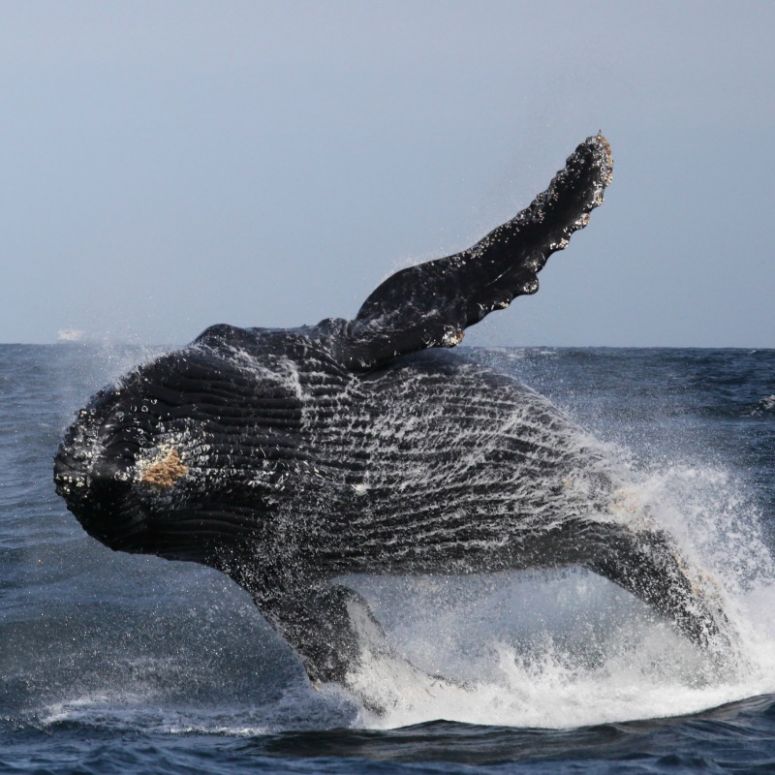 SAN DIEGO—The San Diego Natural History Museum (The Nat) is providing leadership on regional biodiversity and conservation by hosting a trio of science-based events this spring: the State of Biodiversity Symposium and Nat Talk, the City Nature Challenge 2018: San Diego, and the 10th anniversary Balboa Park BioBlitz. Combined, these three initiatives will convene conservation practitioners and educate the public on the biodiversity of San Diego County and the Baja California Peninsula.

Held on February 20, following the State of the Union, State of the State, and State of the City addresses, The Nat will host the inaugural State of Biodiversity Symposium, and its accompanying Nat Talk. The symposium will bring national and regional scientists together to discuss the latest conservation science, emerging threats, and management success stories. Together, the symposium and Nat Talk will provide a forum for environmentalists, land managers, and the public to explore the status of regional biodiversity conservation and research.

The symposium will include morning and afternoon concurrent sessions, on the following topics: 1) Emerging Threats to Biodiversity, 2) Genomics and Conservation, 3) Conservation Stories of Success and Struggle, and 4) Biodiversity and Landscape. Each session will feature four researchers either from the Museum or external organizations. In the evening there will be a public Nat Talk moderated by Michael Wall, Ph.D., vice president of science and conservation at The Nat, featuring representatives of the day’s symposium and Michael Soulé, Ph.D., professor emeritus at UC Santa Cruz, and recognized as the father of conservation biology.

“Very seldom are conservation biologists afforded the opportunity to gather as a community to discuss the state of biodiversity in our region,” Wall remarked. “This symposium will shed light on the ongoing and emerging threats to our local species of plants and animals, while also celebrating our successes. It’s going to be a thought-provoking event, and one we plan to continue on an annual basis moving forward.”

The primary audience for the symposium will consist of conservation biologists, researchers, naturalists, and land managers, but a closing moderated panel discussion at 7 PM will be geared toward the general public and presented as a Nat Talk. This program has been generously supported by the San Diego Foundation. The Nat Talk is made possible with support from media partner KPBS.

The City Nature Challenge 2018: San Diego is a global competition to see which city can record the greatest number of observations of their local flora and fauna over a 4-day period. From April 27-30, The Nat is spearheading a local effort to get San Diego residents and visitors to document as many species as possible using the iNaturalist app.

The City Nature Challenge begins Friday, April, 27 at 12 AM PT and ends Monday, April 30 at 11:59 PM PT. Results will be announced on Friday, May 4 by organizing institutions, the Natural History Museum of Los Angeles County and the California Academy of Sciences.

“San Diego County is one of only 35 global biodiversity hotspots, areas that host highly diverse flora and fauna and have lost at least 70 percent of their original habitat,” said Lauren Marino Perez, citizen science manager at the San Diego Natural History Museum. “Our hope is that by hosting City Nature Challenge for San Diego, we can show the world that San Diego is a leader in biodiversity, and that we also have the most nature-loving and -conscious residents.”

On April 27-28, in concert with the City Nature Challenge 2018: San Diego, is the Balboa Park BioBlitz, a 24-hour effort to use iNaturalist to document as many species of plants and animals as possible in Balboa Park.

The Nat’s last Balboa Park BioBlitz occurred in 2008, making this year’s event the 10-year anniversary of the program. Both professional and community scientists are invited to join the Museum in documenting the species found in Balboa Park. Observations submitted to this iNaturalist project will automatically be fed into the City Nature Challenge 2018: San Diego tally thereby contributing to the region’s overall species count.

“While the Balboa Park BioBlitz will undoubtedly be a fun activity, observations collected during this event have a deeper purpose,” said Judy Gradwohl, president and CEO at the San Diego Natural History Museum. “The images submitted to our iNaturalist projects inform scientists how the distribution of species in our region has changed over the past 10 years. We were founded by citizen scientists 144 years ago, and projects like these invite community members to continue working with our scientists on biological conservation.”

The Balboa Park BioBlitz begins Friday, April 27 at 2 PM and ends on Saturday, April 28 at 2 PM. The Nat will have educators and scientists inside and outside the Museum on Saturday, April 28 from 11 AM to 3 PM to help participants get up to speed with the iNaturalist app and answer questions. There will be a species count reveal at 3 PM on the Museum’s south steps. This program has been generously supported by SDG&E.