Science Takes Center Stage at The Nat this Spring 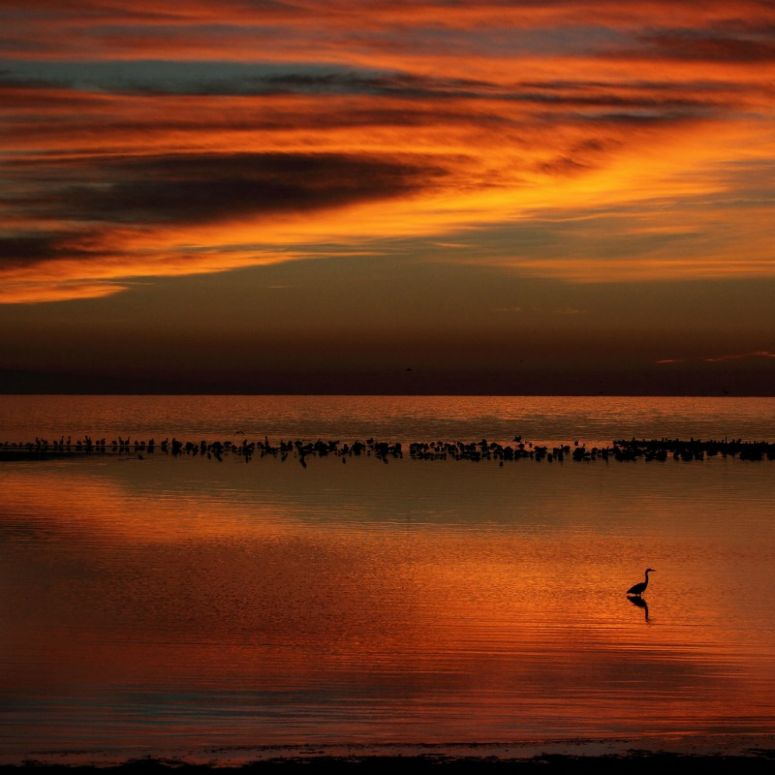 SAN DIEGO, CA—The San Diego Natural History Museum (The Nat) is providing leadership on regional biodiversity and conservation by hosting a trio of science-based events this spring: the State of Biodiversity Symposium and Nat Talk, the Border BioBlitz, and the City Nature Challenge 2019: San Diego County. Combined, these three initiatives will convene conservation practitioners and educate the public on the biodiversity of San Diego County and the Baja California Peninsula.

The symposium will include morning and afternoon concurrent sessions. Each session will feature four researchers from the Museum or external organizations. Topics include:

On Tuesday, February 12, there will be a public Nat Talk by Michael Wall, Ph.D., vice president of science and conservation and curator of entomology at The Nat. Dr. Wall will share highlights from the symposium and summarize the State of Biodiversity in our region. Together, the symposium and Nat Talk will provide a forum for environmentalists, land managers, and the public to explore the status of regional biodiversity, conservation, and research.

“We are delighted to bring the conservation community together for a second year in a row,” Wall remarked. “This year, we will focus on how climate change impacts biodiversity, the importance of education, efforts to save species on the brink of extinction, and new ways scientists are using to identify unique habitats. It’s going to be a thought-provoking event.”

This program has been generously supported by the Alan G. Lehman and Jane A. Lehman Foundation. The Nat Talk is made possible with support from media partner KPBS.

On March 2 and 3, The Nat will take part in a binational effort to document as many species of plants and animals as possible along the U.S.-Mexico Border using iNaturalist, a social network of naturalists, citizen scientists, and biologists.

The public is invited and encouraged to join this effort, which will be co-hosted by the Next Generation Sonoran Desert Researchers, to explore the stunning diversity of the borderlands at several key sites. Border Field State Park will serve as the meeting location both days.

Observations can be made via a smartphone or digital camera, and all photographs taken can be uploaded to iNatutalist—all photographs shared as a part of this effort will be open source and made available to researchers and other iNaturalist users.

For the second year in a row, The Nat is organizing San Diego’s participation in the City Nature Challenge, a global competition to see which city can record the greatest number of observations of their local flora and fauna over a 4-day period.

From April 26-29, The Nat is spearheading a local effort to get San Diego residents and visitors to document as many species as possible using iNaturalist. Last year, more than 1,000 San Diegans participated, placing the city in the top three in the world for all categories: species, observation, and participant counts—records the Museum hopes to break this year.

“San Diego County is home to thousands of different plants and animals. In fact, we have more mammals and plants documented than any other county in the United States,” said Lauren Marino Perez, citizen science manager at the San Diego Natural History Museum. “Our hope is that by hosting City Nature Challenge, we can show the world that San Diego is not only home to an astonishing number of wild plants and animals, but that it is also full of amazing folks committed to their love of nature.”

The City Nature Challenge, generously funded in part by San Diego Gas & Electric, will take place from Friday, April 26 at 12 AM PT to Monday, April 29 at 11:59 PM PT. The program is organized by Natural History Museum of Los Angeles and California Academy of Sciences.

ABOUT THE SAN DIEGO NATURAL HISTORY MUSEUM (THE NAT)
The San Diego Natural History Museum (The Nat) is one of California’s oldest and most respected cultural and science institutions. Founded in 1874 by a small group of citizen scientists, the Museum’s mission is to interpret the natural world through research, education, and exhibits; to promote understanding of the evolution and diversity of Southern California and the peninsula of Baja California, Mexico; and to inspire in all a respect for nature and the environment. The Museum is located at 1788 El Prado, San Diego, CA 92101 in Balboa Park and is open daily from 10 AM to 5 PM. For more information, call 877.946.7797 or visit sdnat.org. To stay up to date on Museum news, follow The Nat on Instagram and Twitter and join the discussion on Facebook.