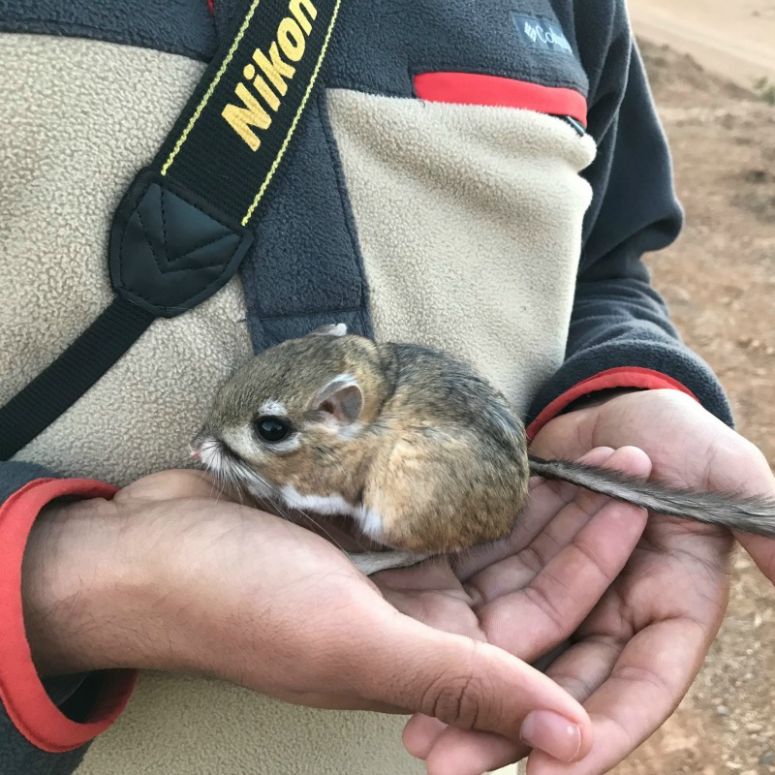 This past summer, San Diego Natural History Museum scientists working in Baja California resurrected a species from the ashes of extinction, and are now working with local agencies on a conservation plan. The discovery did not require Jurassic Park technology, just good old-fashioned research and perseverance.

The San Quintin kangaroo rat (Dipodomys gravipes) was held as an example of a modern extinction due to agricultural conversion in the San Quintín area of Baja California (Mexico). The animal had not been seen since 1986 until this past July when Mammalogist Scott Tremor and Research Associate Sula Vanderplank captured it—to their surprise—during their general inventory trapping. The animals were captured in live traps, observed and measured, and released unharmed.

The team is now working hand in hand with local organizations on a conservation plan for the animal, which they have since found to also persist inside a natural reserve just south of San Quintín, which is owned and managed by the local non-profit organization Terra Peninsular A.C. This reserve is recognized as a voluntary natural protected area and will protect the future of the species into perpetuity.

This sort of research might seem low-tech and last-century, but the first step in saving a species from extinction is knowing that it exists.

This is the third mammal thought to be extinct that Museum staff have rediscovered in Baja in recent years. These finds speak to hope and resilience in a changing natural world impacted by human activity.

The discovery will be highlighted in an article in the Bulletin of the Southern California Academy of Sciences.