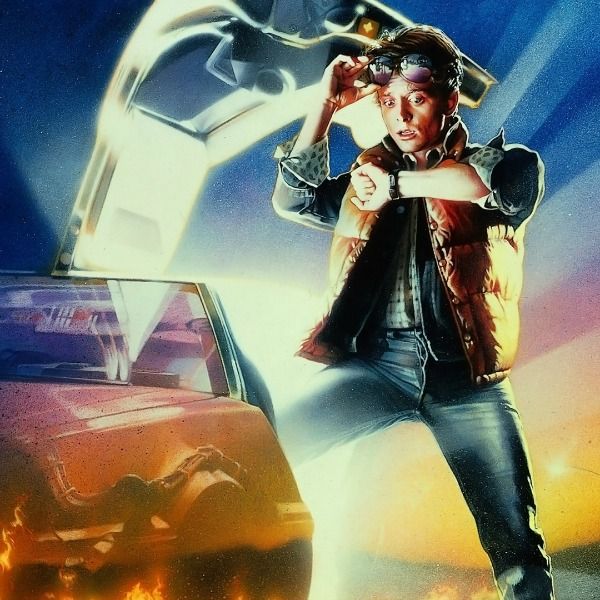 SAN DIEGO, CA–On the heels of its successful inaugural launch, the second edition of the acclaimed film series Reel Science is set to debut a new slate of cult science-fiction movies every Friday in May 2018. Featured films will be paired with a local scientist who will provide contextualized and corrective feedback about the scientific themes presented following each screening.

The series, a collaboration between San Diego Natural History Museum (The Nat), Digital Gym Cinema, and the Film Geeks San Diego, hopes to create a thoughtful, informative, and dynamic dialogue between experts and audience members to promote the importance of empirical scientific processes and representations. The films will screen at The Nat and Digital Gym Cinema on alternating Fridays. Each screening will be ticketed with general admission set at $12 and a member rate of $9.

Back to the Future

In this 1980s sci-fi classic, small-town California teen Marty McFly (Michael J. Fox) is thrown back into the '50s when an experiment by his eccentric scientist friend Doc Brown (Christopher Lloyd) goes awry. Traveling through time in a modified DeLorean, Marty encounters young versions of his parents (Crispin Glover and Lea Thompson), and must make sure that they fall in love or he'll cease to exist.

Michael Murphy (Manhattan) stars as James Lesko with Nigel Davenport (A Man For All Seasons) as Dr. Ernest Hubbs, scientists in search of answers to an evolutionary shift in the ant population that’s adopted a hive mentality allowing the ants to team with others of their species to create a super colony. In an effort to better understand the intelligent and powerful new life form, Lesko and Hubbs are faced with the choice of either communicating with, or eradicating their antagonists.

Introduction and contextualized and corrective commentary will be provided by The Nat’s Vice President of Science and Conservation and Curator of Entomology Dr. Michael Wall. Visit The Nat’s website to purchase tickets.

In Christopher Nolan’s enigmatic and iconic crime thriller, a man is determined to find justice after the loss of a loved one, even though he is incapable of fully remembering the crime. Leonard (Guy Pearce) is a man who is struggling to put his life back together after the brutal rape and murder of his wife. But Leonard's problems are different from those of most people in his situation; he was beaten severely by the same man who killed his wife. The most significant manifestation of Leonard's injuries is that his short-term memory has been destroyed; he is incapable of retaining any new information, and must resort to copious note-taking and Polaroid photographs in order to keep track of what happens to him over the course of a day. With the help of some unlikely individuals, he sets out to find his wife’s murderer.

A theatrical blockbuster at the time of its release in 1999, The Matrix proved to be a mind-blowing advancement in cinematic visual effects. Set in the 22nd century, The Matrix tells the story of a computer hacker (Keanu Reeves) who joins a group of underground insurgents fighting the vast and powerful computers who now rule the earth. In addition to amazing effects, the stellar cast, including Laurence Fishburne, Carrie-Anne Moss, Hugo Weaving, and Joe Pantoliano, helped make The Matrix a modern sci-fi classic.

Introduction and contextualized and corrective commentary will be provided by USD physicist Daniel Sheehan. Visit The Nat’s website to purchase tickets.

Parking is limited at both venues so please arrive early. Press can access additional materials here.

About the San Diego Natural History Museum (The Nat)

The San Diego Natural History Museum (The Nat) is the second oldest scientific institution in California and the third oldest west of the Mississippi. Founded in 1874 by a small group of citizen scientists, the Museum’s mission is to interpret the natural world through research, education, and exhibits; to promote understanding of the evolution and diversity of Southern California and the peninsula of Baja California, Mexico; and to inspire in all a respect for nature and the environment. The Museum is located at 1788 El Prado, San Diego, CA 92101 in Balboa Park and is open daily from 10 AM to 5 PM. For more information, call 877.946.7797 or visit sdnat.org. To stay up to date on Museum news, follow The Nat on Instagram and Twitter and join the discussion on Facebook.