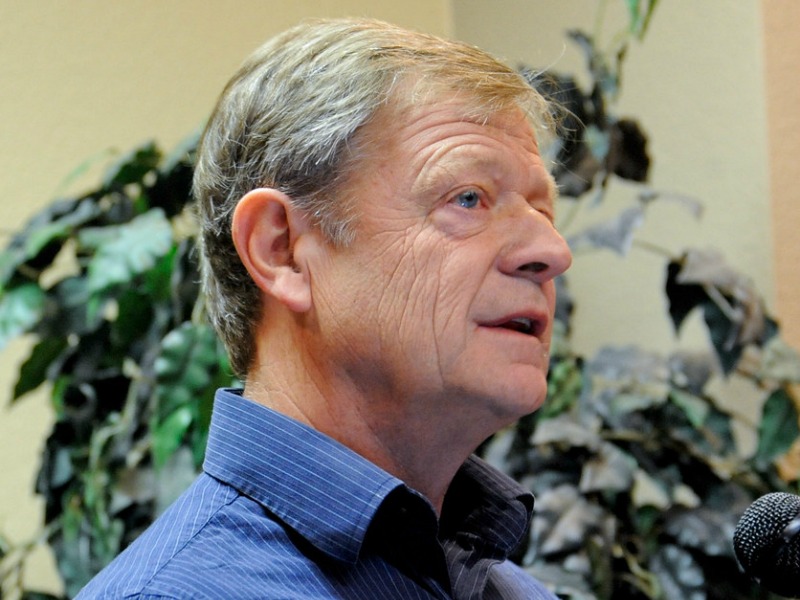 Todd Keeler-Wolf is an ecologist specializing in vegetation classification and mapping. A true Californian, Todd was born in Oakland and received his B.S. and Ph.D. from the University of California Santa Cruz. He was the Senior Vegetation Ecologist at the California Department of Fish and Wildlife for 25 years, where he lead the Vegetation Classification and Mapping Program. During this period, he studied the vegetation and flora of virtually every terrestrial ecosystem in the state. Todd is the author of numerous books and publications. He co-developed the “Sawyer and Keeler-Wolf classification system” and along with John Sawyer and Julie Evens, the Second Edition of A Manual of California Vegetation, with its accompanying online database. This guide features over 485 descriptions, 352 vegetation maps, fire/flood data, restoration and management considerations, and more. Todd also has traveled widely working outside of the State in The Caribbean, Australasia, South America, and East Africa, and has been a long-time active member of the Ecological Society of America’s Vegetation Classification Panel.

As an “experienced” ecologist having studied the interdependence of plants, animals, and their environments for several decades, Todd offers a California-based perspective on biodiversity. What is unique about the state’s biodiversity? How does adversity shape the kind of biodiversity we have here? What similar patterns of diversity exist here and elsewhere? What are the most vulnerable habitats to loss of biodiversity? What do we have to know about species to assess their vulnerability? And what kind of hope is there for restoration, protection, and recovery of the loss of biodiversity?

Session A: Implications of Black-Market Biodiversity 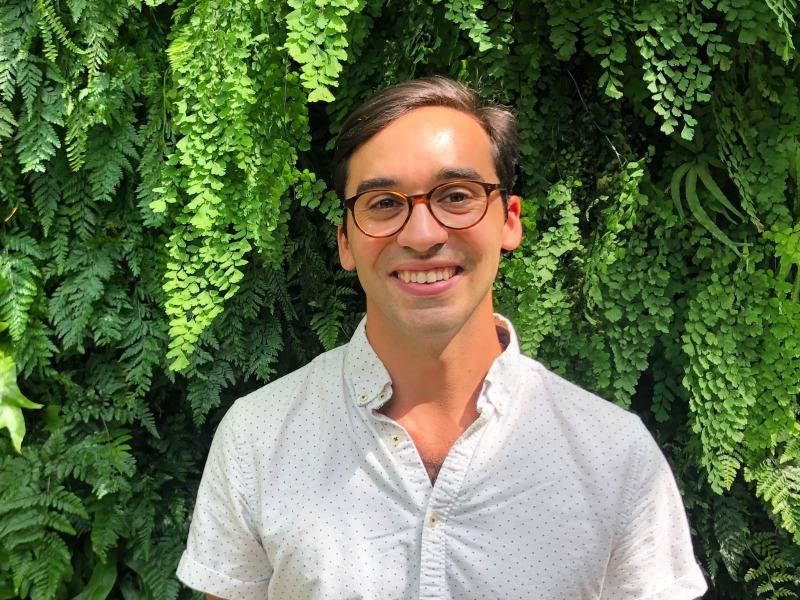 Dr. Jared Margulies is an Assistant Professor of Political Ecology in the Department of Geography at the University of Alabama. Previously, Jared was a postdoctoral researcher at the University of Sheffield with the BIOSEC project, a 4-year research effort to understand the increasing linkages between biodiversity and securitization through the study of illegal wildlife trade. Jared is currently studying the global illegal trade in succulent plants and is writing a book on the subject. 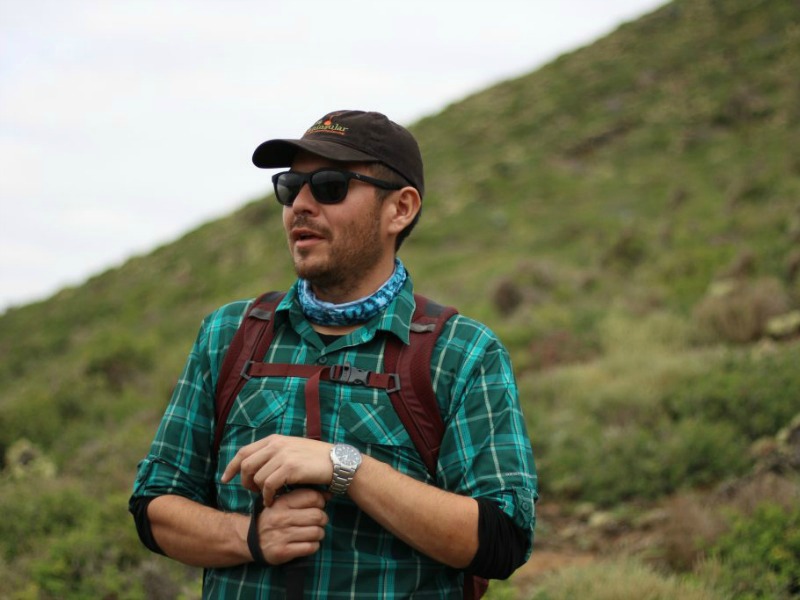 César Guerrero Ávila is the Executive Director of Terra Peninsular, a non-profit organization dedicated to environmental conservation in Baja California. He has been leading one of the most important private land conservation projects in the Mediterranean region of Baja California for the past six years: a project that supports the conservation of over 57,000 acres of biodiverse habitat. César holds a B.S. in Biology from the National Autonomous University in Mexico, and an M.S. in Marine Ecology from the Center for Research and Higher Education at Ensenada. 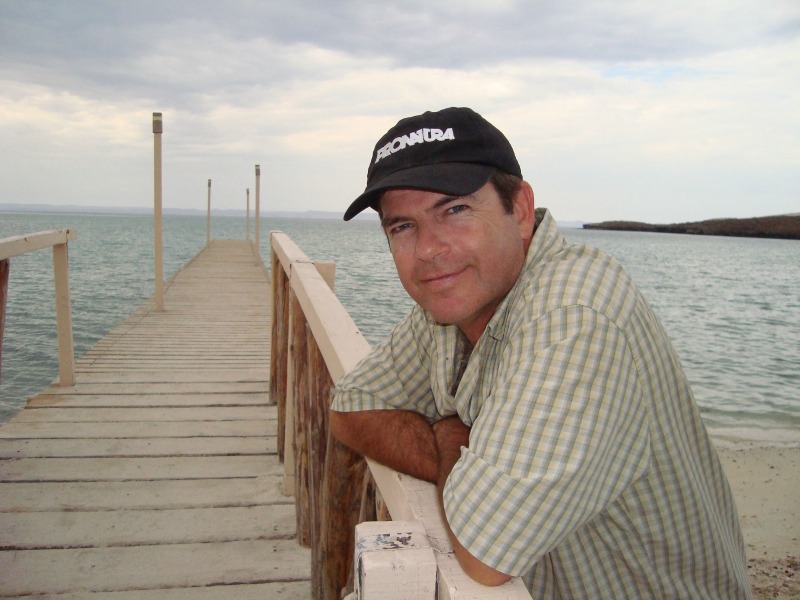 Gustavo D. Danemann initiated his career as a marine biologist in 1984 studying birds, fish, wetlands and natural protected areas in NW Mexico; his further professional development focused on policy analysis and natural resources administration. In July 2007, he was designated as Executive Director of Pronatura Noroeste AC where he leads marine and coastal conservation, sustainable fisheries, marine protected areas, shorebirds, education and communication projects. He is also a member of the Binational Advisory Board of the San Diego Natural History Museum. 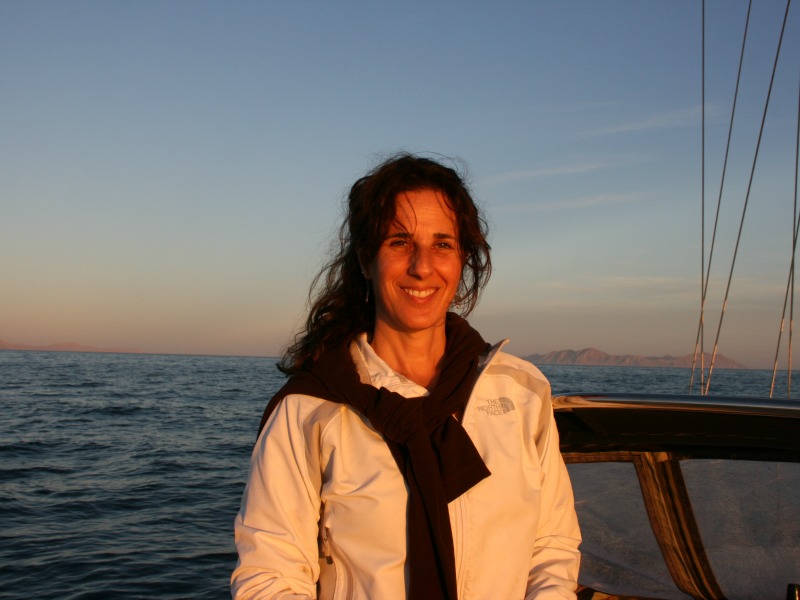 Sarah Mesnick is an ecologist at NOAA Fisheries’ Southwest Fisheries Science Center, and an adjunct professor and co-founder of the Center for Marine Biodiversity and Conservation at Scripps Institution of Oceanography, UC San Diego. Sarah has worked in the Gulf of California since 1986 and been involved in vaquita conservation for much of this time. Currently, her work is focused using market-based incentives to eliminate vaquita bycatch in gillnet fisheries. She works strategically with fishers, chefs, and seafood buyers as well as government agencies, NGOs and academia to create a culinary conservation approach to sustainable fisheries. Sarah received her Ph.D. from the Department of Ecology and Evolutionary Biology at the University of Arizona.

Session B: HCPs for Conservation and Discovery 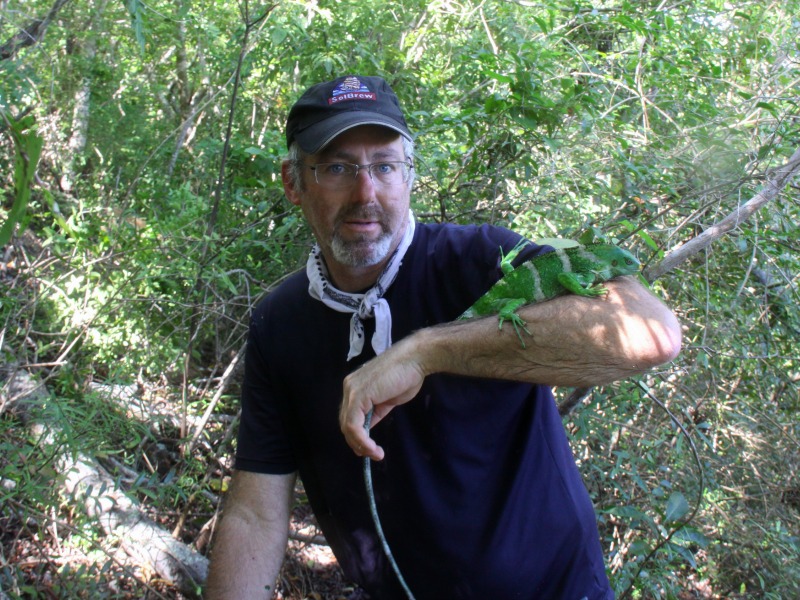 Dr. Robert Fisher is a conservation biologist with the US Geological Survey’s (USGS) Western Ecological Research Center where he focuses on changes in the resiliency of ecological integrity and biodiversity of species in response to the Anthropocene. He also specializes in the ecology and conservation of amphibians and reptiles in southern California. In April of 2019, Dr. Robert Fisher received the Herpetological Conservation Award for his outstanding contributions to the field. He holds a B.A. in Biology, and M.S. in Zoology, and a Ph.D. in Population Biology. 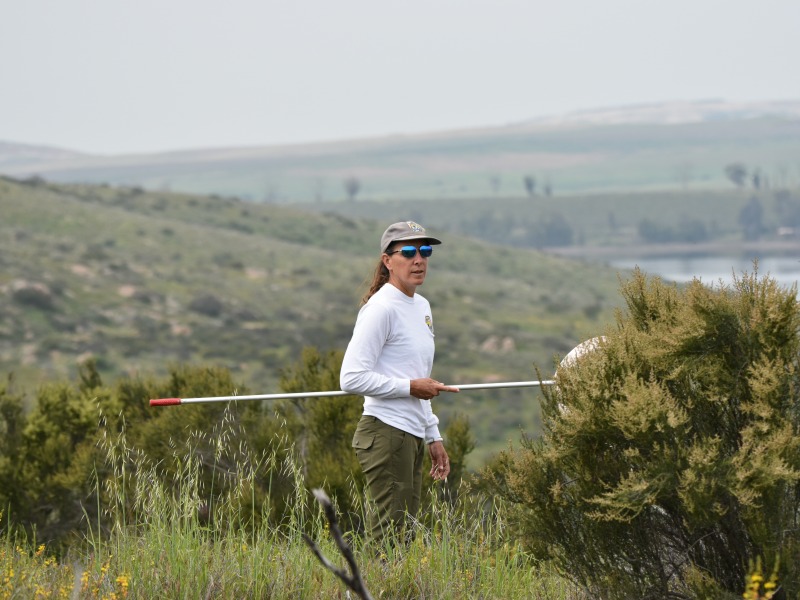 Susan Wynn is a biologist for the United States Fish and Wildlife Service (USFWS) Carlsbad office. In her work at USFWS, Susan is involved in the development and implementation of regional multiple species habitat conservation plans, as well as recovery work for listed species. She is also one of the lead biologists on the Quino checkerspot butterfly augmentation project on the San Diego National Wildlife Refuge which includes captive rearing and releasing in hope of creating a self-sustaining population of the rare species. 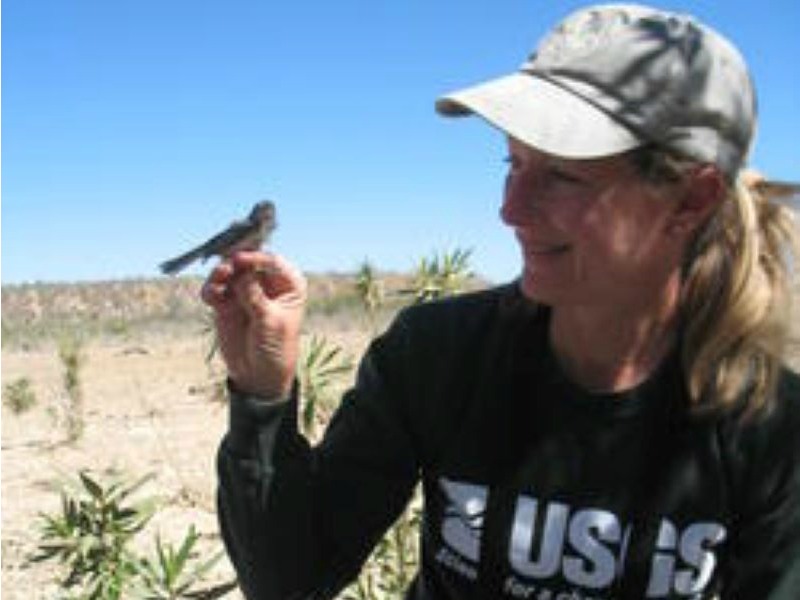 Dr. Barbara Kus is a Research Ecologist at U.S. Geological Survey's (USGS) Western Ecological Research Center and has been with the department since 1998. At USGS, Dr. Kus designs and conducts original field research on avian ecology and conservation. Her current research examines the impact of wildfire on California gnatcatchers within reserves. Dr. Barbara Kus is also a Research Professor in the Department of Biology at San Diego State University. She holds a B.A. in Zoology, B.S. in Anthropology, M.S. in Ecology, and Ph.D. in Ecology all from the University of California, Davis. 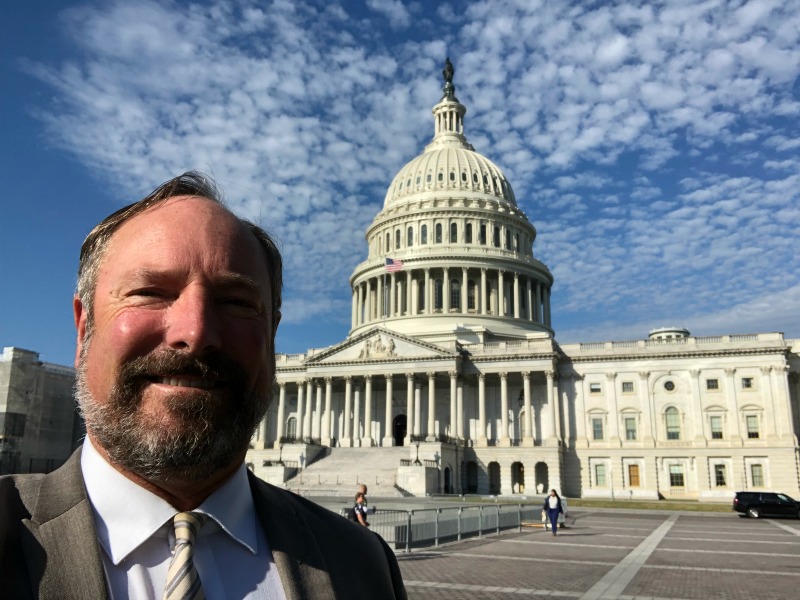 Mark Kramer is the Director of Federal External Affairs for the California Chapter of The Nature Conservancy. For the past two decades, he has collaborated with a wide range of stakeholders to advocate for federal policy and funding that supports conservation of land and water for people and nature in California and beyond. He was a founding participant in both the California and National Habitat Conservation Planning Coalitions. Prior to that, he spent a decade working in Washington DC, with a focus on natural resource and environmental policy, both within the Executive Office of the President and in the United States House of Representatives. He was born and raised in Santa Barbara, and received a B.A. in Cell Biology and Biochemistry from UC San Diego and an M.S. in Agricultural Economics from UC Davis. 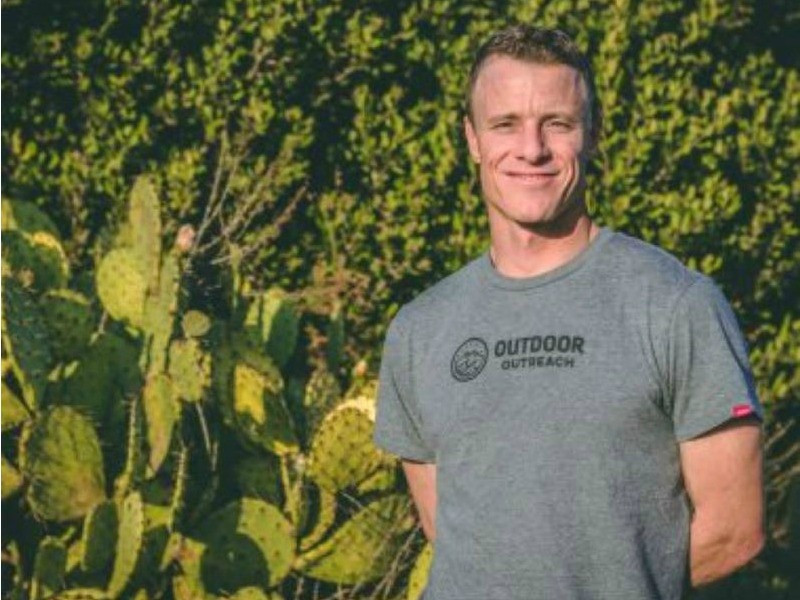 Ben McCue is the Executive Director of Outdoor Outreach, a San Diego-based youth development nonprofit that connects teens to the transformative power of the outdoors. Prior to this, Ben was the conservation director for WILDCOAST, a binational conservation organization that protects coastal and marine ecosystems and wildlife. Ben is passionate about increasing opportunities for all San Diegans to benefit from a meaningful connection to our region's incredible parks, beaches and wildlife. He has an M.A. in Nonprofit Leadership and Management from the University of San Diego and a B.S. in Ecology, Behavior and Evolution from the University of California San Diego. 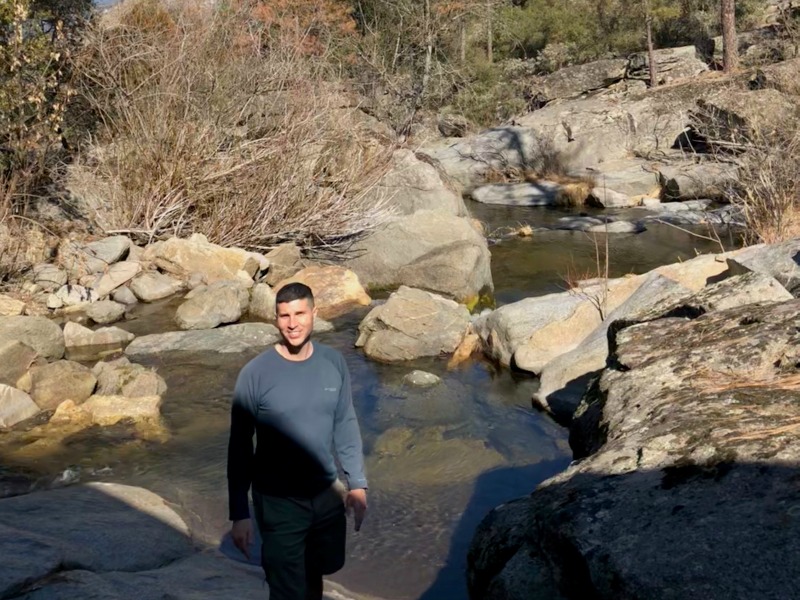 Gary Bucciarelli is the Director of Research at the Stunt Ranch Santa Monica Mountains Reserve and Assistant Adjunct Professor in the department of Ecology and Evolutionary Biology at University of California Los Angeles. His work is focused on amphibian ecology, stream biodiversity, and conservation biology. Gary earned his undergraduate degree at Antioch College in Yellow Springs, Ohio and his Ph.D. at the University of California Los Angeles. 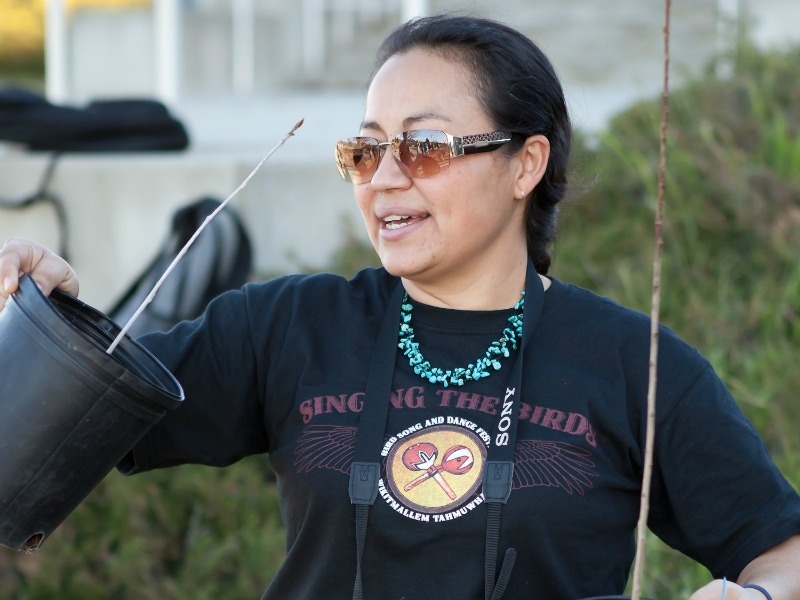 Kristie Orosco is the Resource Specialist at the Sycuan Cultural Department for the Sycuan Band of the Kumeyaay Nation and the Principal of Native Plants and People. She is also an Environmental Professional with experience and education in Southern California Habitat Conservation and Resource Management. Previously, she served as the Director of Environmental Protection and Compliance for the San Pasqual Band of Indians where, among many other things, she developed and implemented community outreach programs. As a lifetime resident of this county and of a Federal Reservation, Kristie advocates for conservation of this treasure and in presentations, illustrates how high biodiversity is a result of tens of thousands of years of Indigenous lifeway conservation methodology. Kristie received her B.A. in Environmental Studies from California Sate University San Marcos. 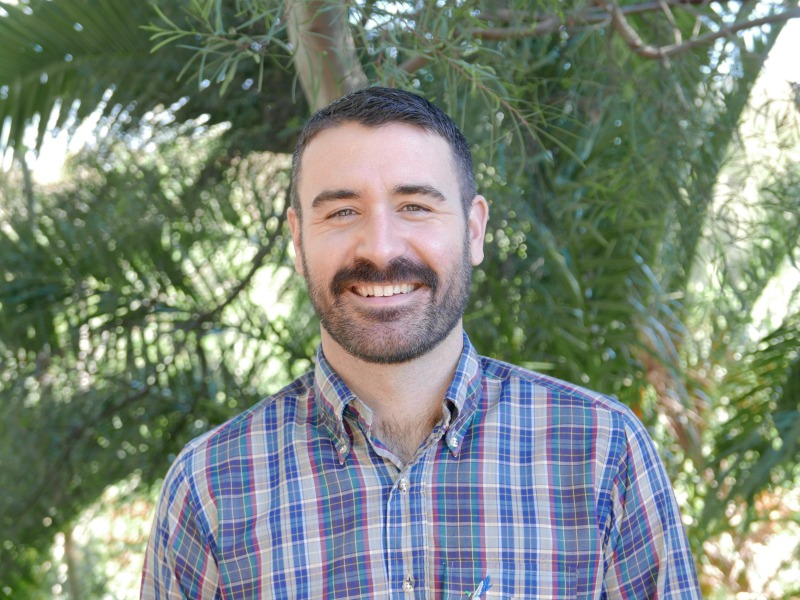 Dr. Steven Kubiski is a Senior Scientist with San Diego Zoo Global’s Institute for Conservation Research. He serves as an anatomic pathologist, providing diagnostic support for wildlife disease investigations for the Zoo, Safari Park, and field conservation programs. He also works in the Molecular Diagnostics Laboratory to facilitate investigations of infectious diseases through development and optimization of assays, and implementation of new diagnostic and research tools. His specific area of interest is viral metagenomics and correlating newly discovered viruses with disease processes. He is also interested in establishing environmental toxicology as a major focus in the lab. He is a veterinarian (University of Georgia) with a board certification in anatomic pathology and a Ph.D. in comparative pathology (University of California, Davis). 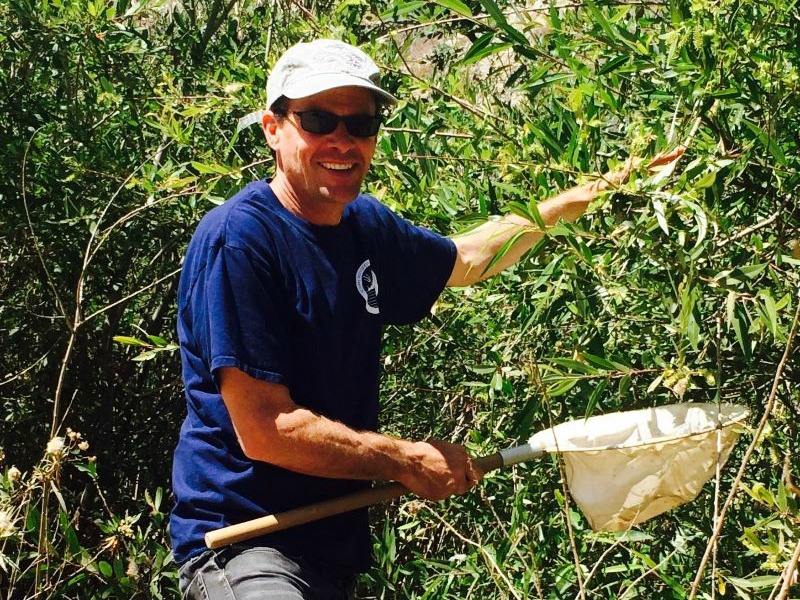 Dr. David Holway is a professor at UC San Diego’s Division of Biological Sciences and serves as chair for the division’s section of Ecology, Behavior, and Evolution. In his research lab at the university, he examines the causes and consequences of biological invasions and the decline of pollinator populations and their services in both agricultural and non-managed lands. He received his B.A. in zoology from UC Berkeley and Ph.D. in biology from the University of Utah, and conducted postdoctoral research at UC San Diego with support from the U.S. Department of Agriculture. 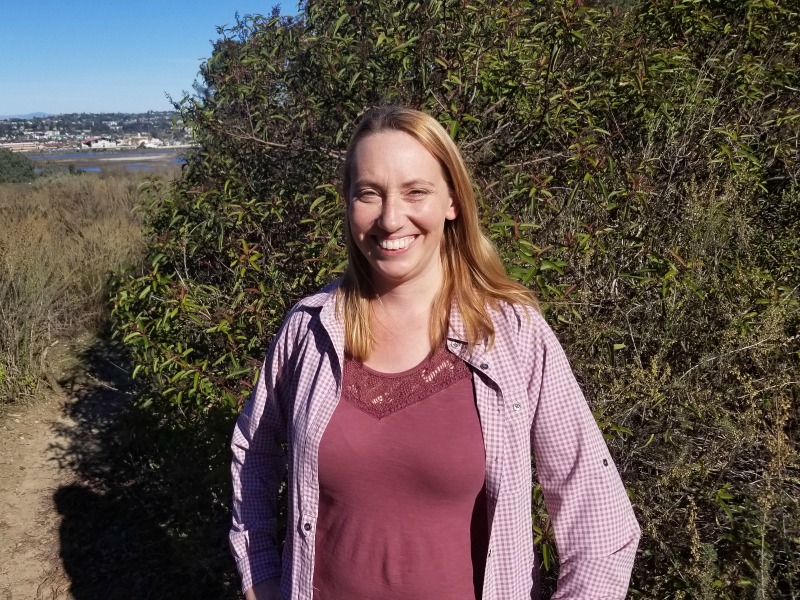 Sara Allen is a Multiple Species Conservation Program (MSCP) Biologist at the City of San Diego, Parks and Recreation Department’s Open Space Division. As an accomplished environmental biologist, Sara works to facilitate natural resource management and implementation of the MSCP for conserved open space lands throughout the City of San Diego. Her extensive experience in conservation and habitat restoration makes her an expert on managing ecological and environmental threats in urban preserves. Sara holds a B.S. in Ecology and Evolutionary Biology and a B.A. in Environmental Studies from the University of California, Santa Barbara. 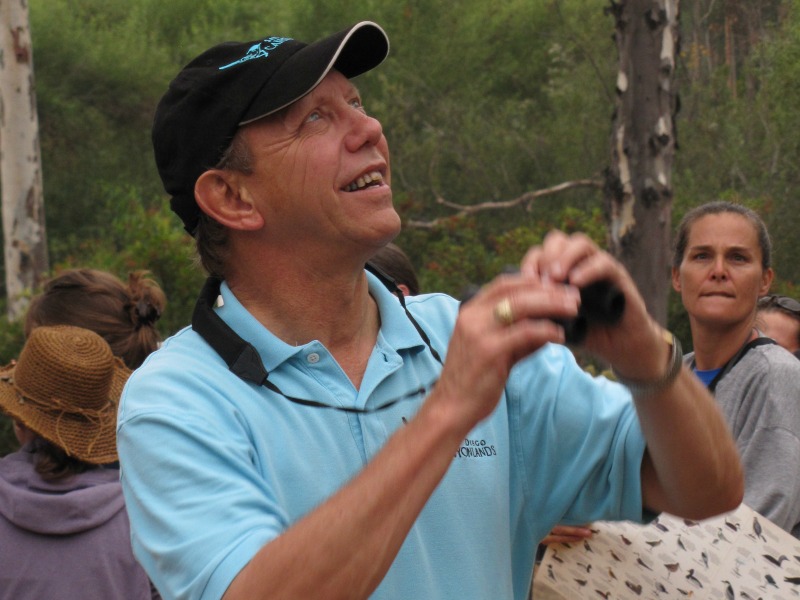 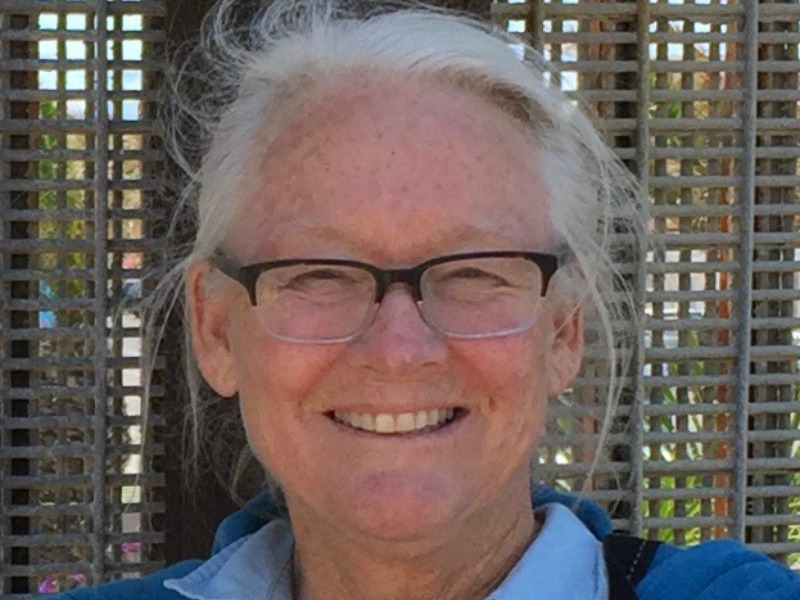 Mary Duffy is the Outreach Director and Education Biologist for Earth Discovery Institute (EDI), a small but vital natural-science based education and environmental outreach nonprofit in San Diego's East County. She also serves as Vice President of EDI's board and as an active naturalist guide for the San Diego Natural History Museum's Canyoneer program. Duffy, as she is known, grew up in East County, where the canyons and foothills of the region beckoned her to explore. After college, she moved to southwestern Colorado, working for 25 years as a magazine editor in chief and writer. She has experience in scientific research, journalism, and education, and she focuses her present career on bridging the gap between environmental and watershed conservation and education. Duffy received her B.S. in zoology/biology from San Diego State University.

A Nat Talk took place the following week, where VP of Science and Conservation Dr. Michael Wall shared a high-level summary of the Symposium. Check out the Nat Talk here or watch below. You can see all talks from the symposium here.