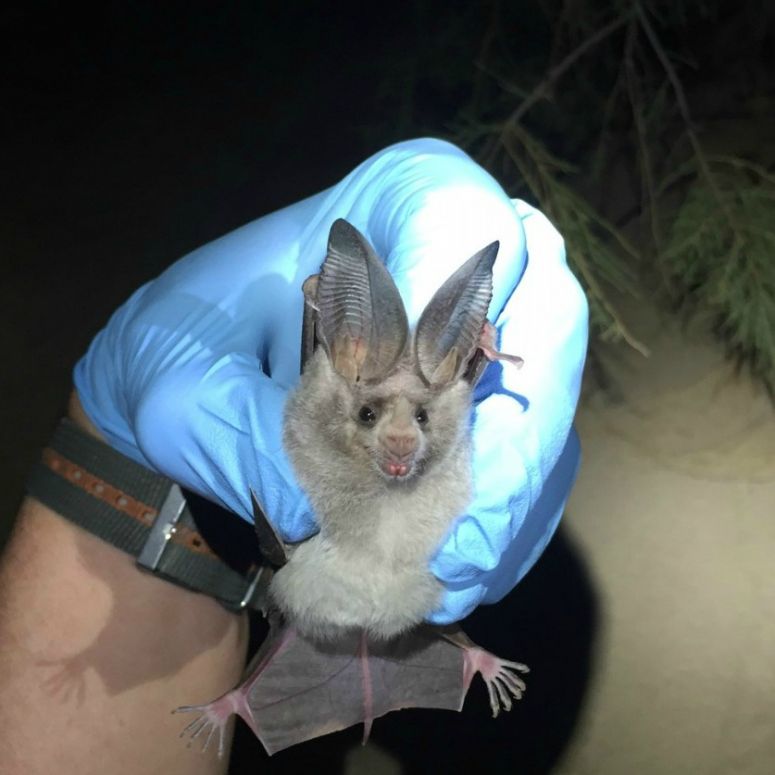 With Halloween quickly approaching, we thought it suitable to dispel some common myths about our winged friends, bats. Take a look at some facts and fiction shared by Drew Stokes (a.k.a. The Batman), wildlife biologist with the Department of Birds and Mammals at the San Diego Natural History Museum.

This might be one of the biggest myths about bats. In fact, bats are not blind, but their eyesight is limited mostly due to the size of their eyes. Just about any animal with small eyes has poor eyesight, as vision capability is greatly influenced by eye size. However, some bats are thought to have relatively good eyesight including our own local California leaf-nosed bat, which is thought to have night vision capabilities comparable to modern military night vision equipment.

This myth has most likely been perpetuated by the movie industry where bats are associated with Dracula and vampires in general. In reality, only 1 of the 1,300 species of bats found worldwide drink the blood of mammals. That is the Common Vampire Bat, which can be found in the tropics of Mexico and Central and South America.

3. Bats intentionally fly into your hair.

When exploring confined areas where bats dwell—such as caves, mines, or even inside buildings—they may fly toward you in an attempt to flee and get caught in your hair by mistake. Bats do not have the desire to nest in your hair; however, they are interested in eating the insects that might hover around your body.

4. All bats have rabies.
Rabies is a common concern when encountering animals in the wilderness, especially when bats swarm the night sky—but the truth is we now suspect that less than 1 percent of bats are rabid. The main reason the public and scientists alike have come to believe that bats are top candidates for rabies is due to biased test methods that occur when gathering specimens for examination. Most bats that are tested are unhealthy animals that end up found on the ground and are therefore easy to capture. Healthy bats are rarely encountered by people. If a bat is found on the ground, there is a strong chance there is something wrong with it and it should never be handled with bare hands.

We hope this helps you dismiss some of the myths you may have heard about bats. If you’d like to learn more about Drew, check out this blog post. There’s also a cool bat calling exhibit in Coast to Cactus in Southern California you can check out during your next visit.

Have a safe and Happy Halloween!