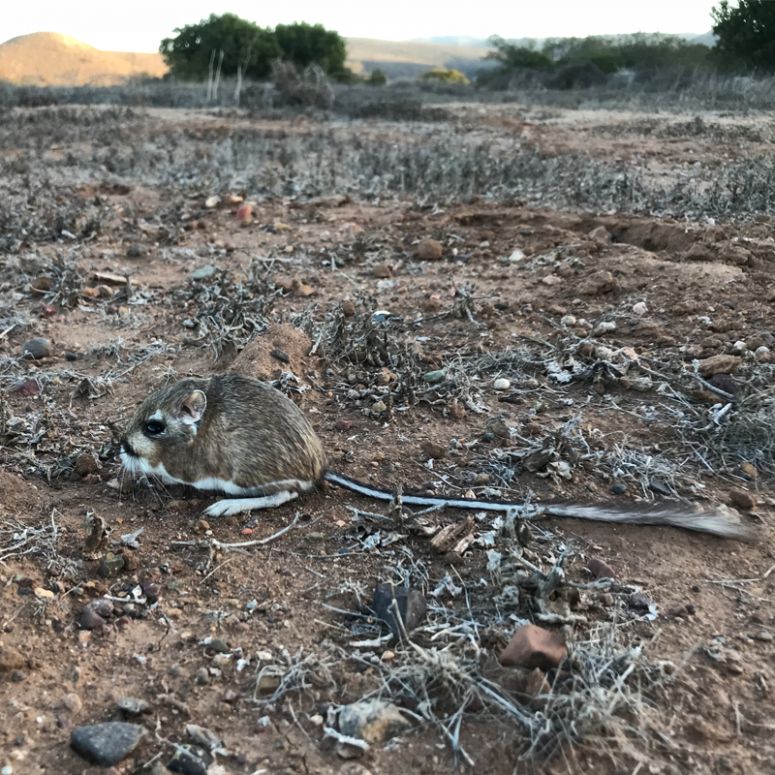 In summer 2017, scientists working in Baja California resurrected a species from the ashes of extinction, and are now working with local agencies on a conservation plan. The San Quintin kangaroo rat (Dipodomys gravipes) was held as an example of a modern extinction due to agricultural conversion in the San Quintín area of Baja California (Mexico). The animal had not been seen for 30 years, until its rediscovery last summer. This first-hand account by the researchers illustrates the excitement of discovery and what we can learn from ongoing natural history research.

Being a field biologist is full of romanticisms and hypothetical scenarios that many long for, such as discovering a new species, documenting the first record of a rare species, or the rediscovery of an extinct species. When you’re in the field, these incentives motivate your search and boost your work. There’s a feeling of anticipation and excitement when you check the memory card of a camera trap that you left placed for days, or when you open a Sherman trap to see what animal is inside. It’s not unlike the feeling of being a child discovering something new…a child who discovers the world around him or her and is amazed by its wonders. Can you imagine this feeling or do you remember it? This euphoria multiplies exponentially when you complete one of the milestones that we have just described, and is how we would describe the rediscovery of the San Quintín kangaroo rat.

The San Quintín kangaroo rat or Dipodomys gravipes is a rat of the family Heteromyidae and of the genus Dipodomys. This genus includes kangaroo rats that resemble a small kangaroo due to their bipedal mobility, as its name implies. It has a large body compared to other kangaroo rats in the region, large hind legs, and a long tail. It is an endemic species of the area of San Quintín and El Rosario, the range of distribution included the coastal plains from San Telmo to El Socorro and was also in the plains of El Rosario stream (Huey, 1925). The last record, at least until recently, was more than 30 years ago. It was considered extinct by institutions such as Mexico’s National Commission for the Knowledge and Use of Biodiversity (CONABIO), and today it is a priority for conservation at international level, so it is enlisted as critically endangered by the International Union for the Conservation of Nature (IUCN) and in the Official Mexican Standard NOM-059-ECOL.

Recently the San Quintín kangaroo rat was rediscovered by a binational team of researchers (including the authors of this blog) on an embankment surrounded by agriculture. Of course, this was incredibly exciting. The rediscovery of the species gives hope that there are more individuals, but where else will it be found? Are there viable populations in other places? Are the sites impacted? Are they in protected areas? How do we protect it? Since the discovery, a team of researchers made up of members of the San Diego Natural History Museum and Terra Peninsular looked for the San Quintín kangaroo rat throughout the range of distribution described by Huey. The goal was to better understand state of conservation of the species and to create strategies to protect it.

Each new sampling site has been exciting because there is the possibility of finding at least one individual of the species. At dawn, when we approach the places where we think we might find it, there is a moment of silent preamble and anticipation. Will we find it on this site? The result is always positive or negative, and we are either excited to find it or disappointed it’s not there. But it does not matter if we find it or not, as each new place provides knowledge and data. We learn something new every time, and new questions and doubts arise.

Our work has yielded positive results. We have found the San Quintín kangaroo rat and we can say with certainty that it is not extinct and, more importantly, we have found it in two nature reserves of Terra Peninsular, Valle Tranquilo and Monte Ceniza, where actions will be taken to protect it.

The importance of having rediscovered this species lies in the very importance of any species, however insignificant it may seem. The deep relationships between organisms and their environment are delicate, and the extirpation of a species has severe ecological consequences. Without the San Quintín kangaroo rat we lack an important element of the ecological system and, as a result, we put ecosystems at risk. Imagine a scenario where the loss of a species modifies the landscape that you enjoy and depend on, imagine that if a species disappears, the river from which you acquire water is modified, imagine that if a rodent disappears, like the San Quintín kangaroo rat, the dispersal of seeds of important plants is finished. This rediscovery is very important for Terra Peninsular and for the San Diego Natural History Museum, but above all for humanity itself and especially for the people of the San Quintín and El Rosario area.

The story of the rediscovery is not over; on the contrary, we have found a blank book in relation to this species, a book that is waiting to be written. We are motivated by what we can discover, but above all we are motivated to find the mechanisms to ensure the conservation of this important species for Baja California.

●    Huey, LM 1925. Two new kangaroo rats of the genus Dipodomys from Lower California. Proceedings of the Biological Society of Washington 38: 83-84.

This blog was originally published in Terra Peninsular’s newsletter, Mediterranews. 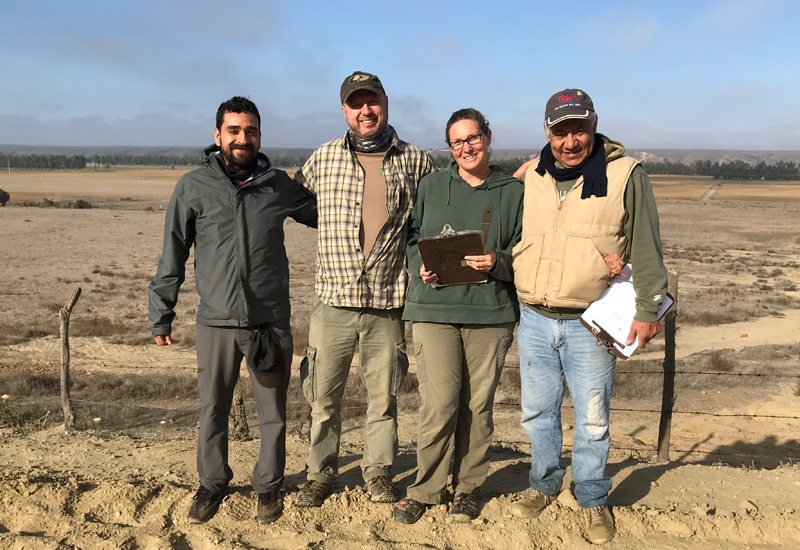 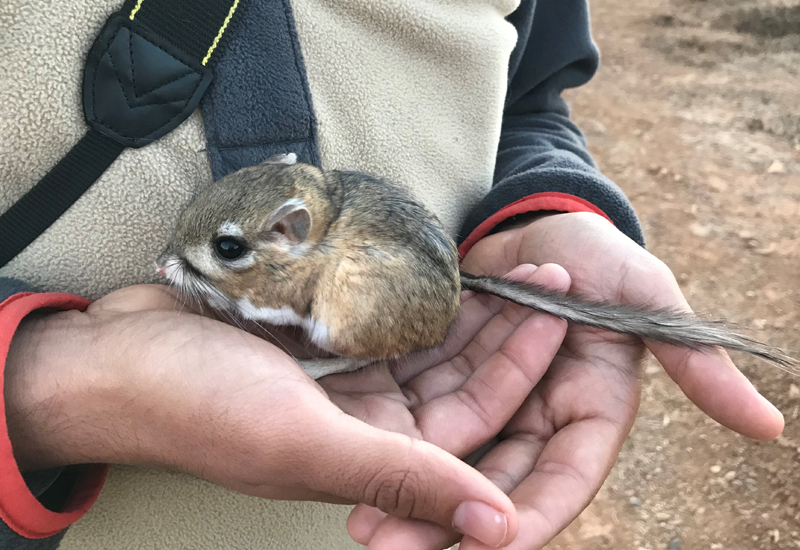