The Gray Vireo: Disappearing Even from Rugged Wilderness 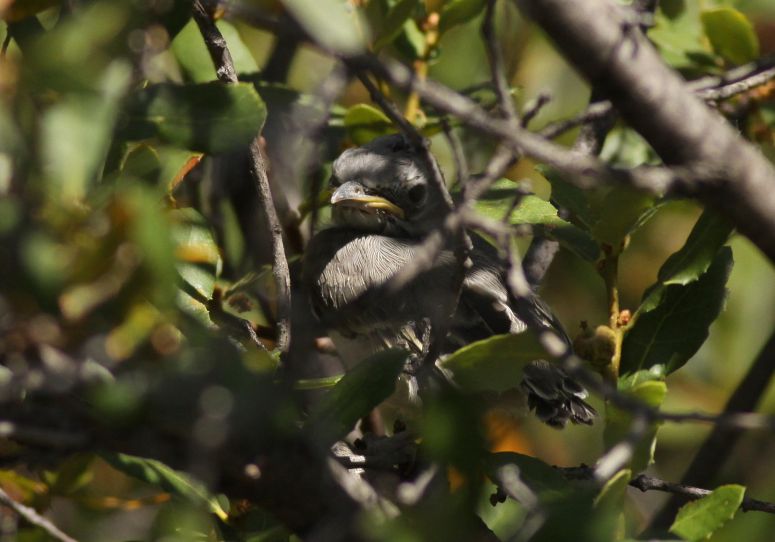 One key finding of the Museum’s centennial resurvey of the San Jacinto Mountains is that the Gray Vireo, one of California’s more obscure birds, is on the verge of disappearing from our state.

Though Frank Stephens, our Museum’s first director, discovered the Gray Vireo in Campo in 1876, it was not until Joseph Grinnell and Harry Swarth explored the San Jacinto Mountains in 1908 that the species’ habits and chaparral habitat were truly understood. Grinnell and Swarth estimated its population density in that area at 16 pairs per square mile over 30 square miles, for a rough total of 960 birds.

A century later, in spite of intensive search of proper habitat, museum researchers found only two territorial males in the same area. The California Department of Fish and Wildlife and Cleveland National Forest responded to our sounding the alarm through our progress reports on the resurvey, and we were awarded funding to investigate the status of the Gray Vireo and reasons for its decline in southern California.

We infer that brood parasitism of its nests by the Brown-headed Cowbird initiated the Gray Vireo’s population collapse, as the decline coincided with the cowbird’s population explosion. Brood parasitism is a strategy whereby some species of birds, such as cowbirds, lay their eggs in other birds’ nests, and the host birds often raise the cowbird chicks instead of their own.

But what are the important factors now? Currently, San Diego County supports the largest known population of the Gray Vireo in California, and we have a good idea of its distribution because of our work from 1997 to 2001 for the San Diego County Bird Atlas.

In 2012, we found that distribution already further reduced, especially in northern San Diego County. We found 95 nests, checked them at intervals, and deployed video cameras on 30. The rate of nest failure was extremely high: only 17 nests fledged any young, and the probability of success was only 9 percent, insufficient to sustain the population. Of the 77 failed nests, 10 were parasitized by cowbirds. In each case, the vireos abandoned the nest soon after the cowbird laid eggs in it. Of the 30 video-recorded nests, only seven were successful. Three nests were parasitized and the remaining nests were destroyed by predators, primarily Western Scrub-Jays, or in two cases, a bobcat and a gray fox.

Over the past 25 years, the closely related Least Bell’s Vireo has enjoyed a renaissance because of conservation of riparian woodland and trapping of cowbirds. But the leading role of the scrub-jay in depressing the Gray Vireo’s nest success will make its recovery a greater challenge. Click here and search for “Gray Vireo” to see a full report on this study.

For more information on the San Jacinto centennial resurvey, please check out this video created by one of our longtime volunteers, Richard “Dick” Schwenkmeyer.