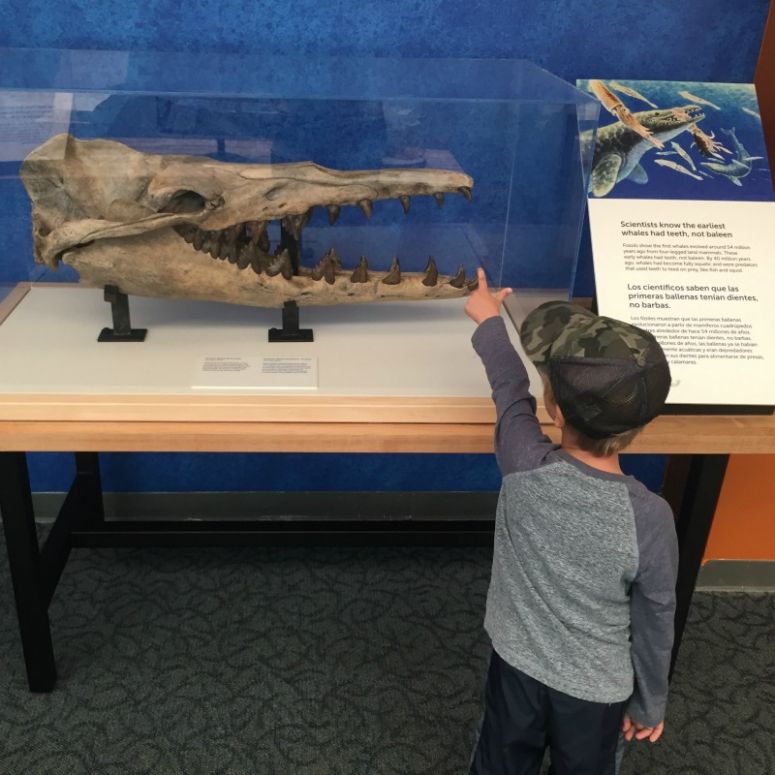 Whales are magnificent creatures, full of mystery and wonder… and one mystery that has puzzled scientists, including our very own Curator of Paleontology Dr. Tom Demèrè, for decades is how and when the evolution from teeth to baleen occurred in of the ancestors of today’s filter-feeding whales (e.g., blue, fin, humpback, right, and gray whales).

Dr. Demèrè, along with  Dr. Mark Springer (University of California, Riverside), Dr. John Gatesy (American Museum of Natural History), and Dr. Annalisa Berta (San Diego State University), and their students have been researching this evolutionary mystery since 2007, eager to find answers. No other animal on the planet has this type of feeding system, which only fueled the research team’s ambition to make new discoveries about this fascinating anatomical and genetic transformation. They began examining modern day skulls and fetuses for clues as to how the evolution occurred, fossils to show ancient and transitional skeletal features, and DNA to understand the genetic controls of tooth formation and loss—and, to no one’s surprise, groundbreaking findings emerged.

How can you learn more? The research team’s findings are featured in an all-new exhibit encompassing approximately 300 square feet on the 3rd floor of the Museum entitled Science Spotlight: Baleen Whale Evolution. Visitors can see real specimens, including the skull of an adult minke whale, a complete rack of humpback whale baleen, and a preserved humpback whale fetus used in a CT scan analysis that yielded key evidence. Visitors can also examine a cast skull of an ancestral toothed whale species called Dorudon atrox, which lived in the sea some 38 million years ago before the evolution of the ancestors of living baleen whales, sperm whales, belugas, and dolphins. Also on display is a 3D-printed model of an early transitional whale species that had teeth and features suggesting the presence of rudimentary baleen. This transitional fossil, Aetiocetus weltoni, lived approximately 25 million years ago off the west coast of North America. 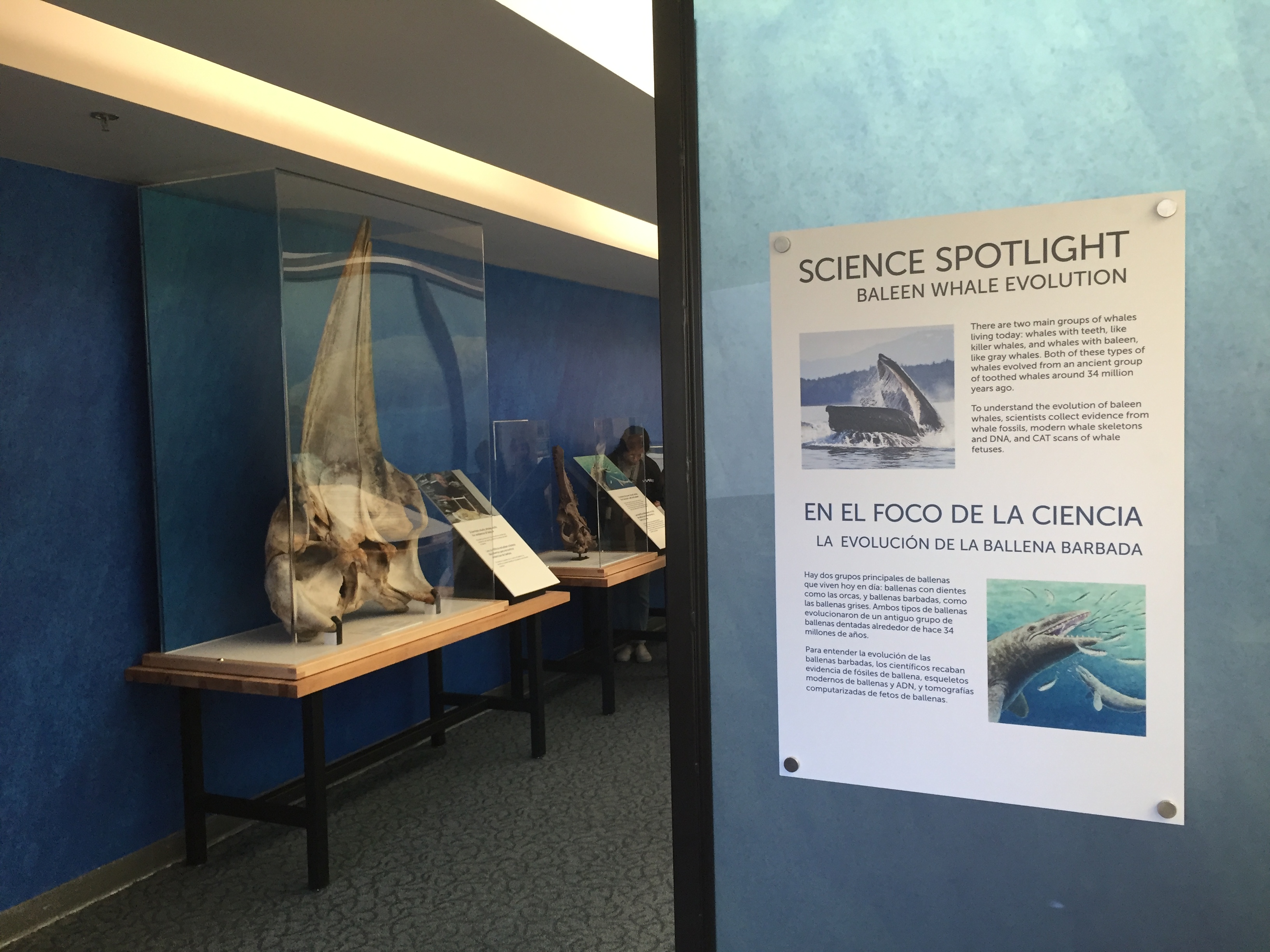 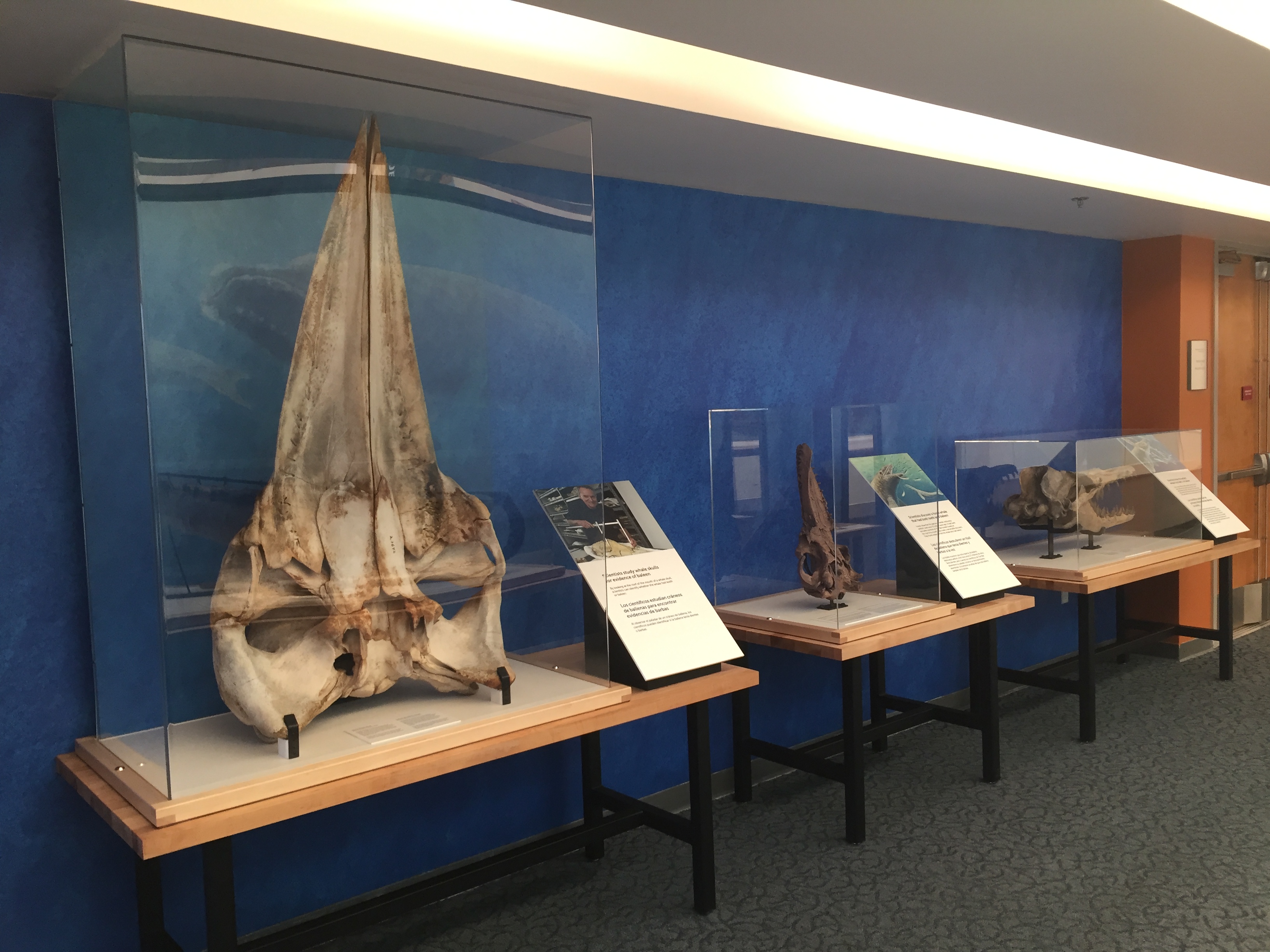 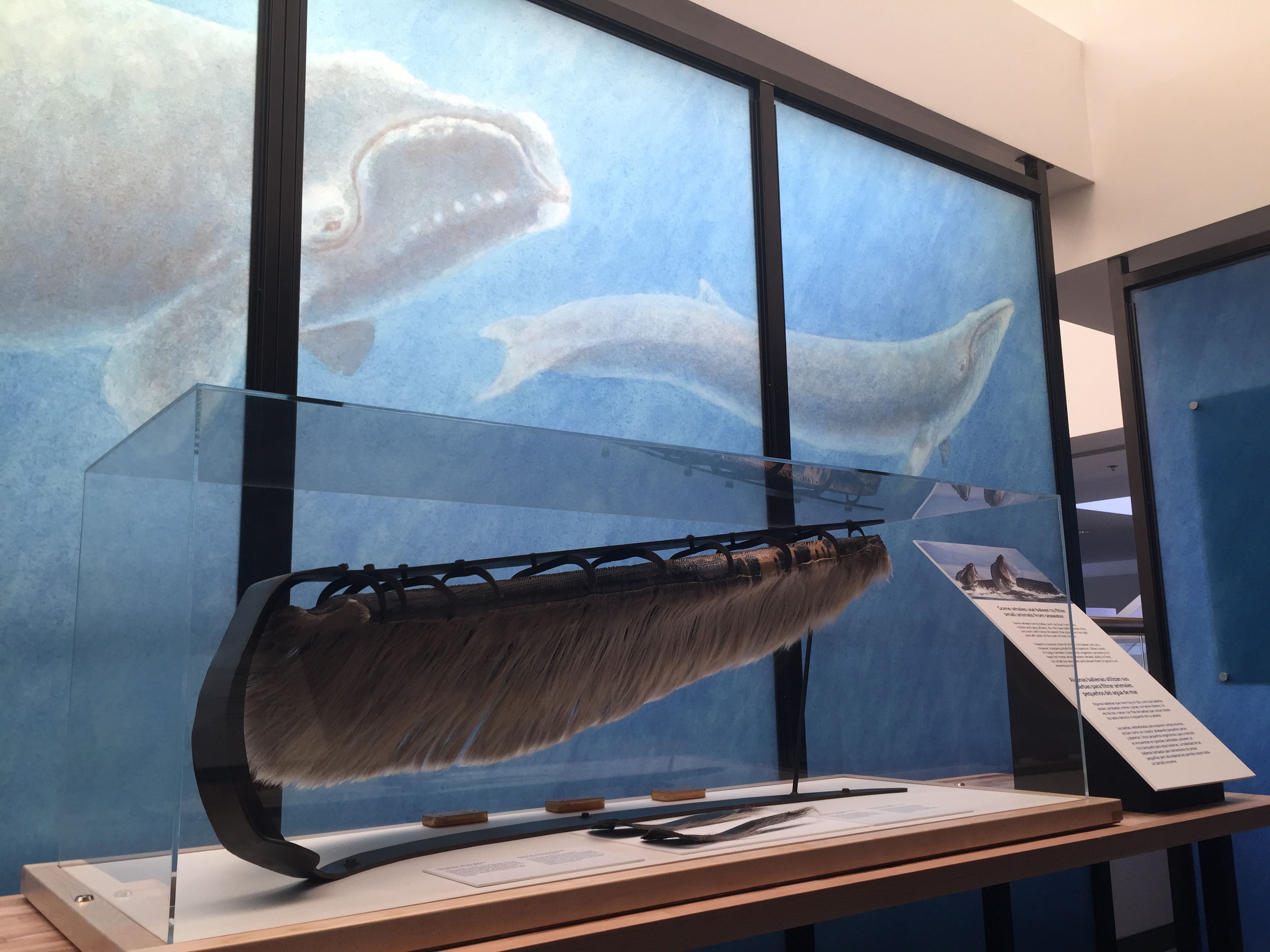