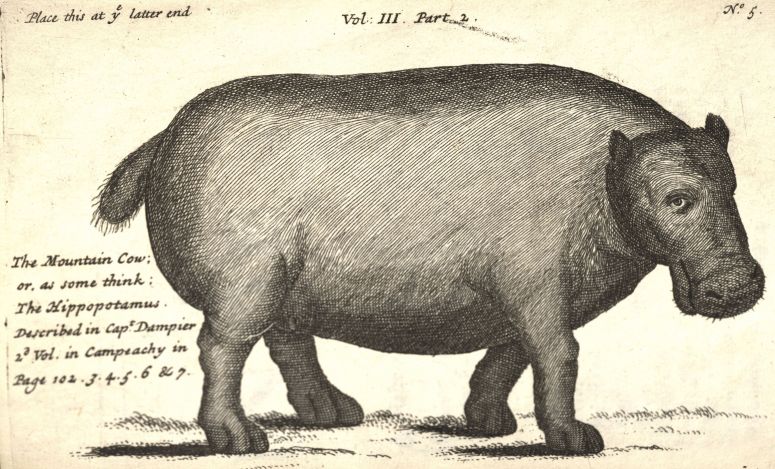 Many do not realize that there was a direct correlation between pirates and natural history during the 17th and 18th centuries and beyond. In many respects, pirates were considered among the world’s first citizen scientists. Due to restrictive international treaties, most ordinary English sailors or Royal Navy captains were unable to chart foreign waters, thus hindering them from engaging in lucrative commerce.

Pirates or privateers were issued special privileges, seafaring permission slips if you will, that allowed them to conduct business in various locations around the globe. Their adventures coincided with the rising interest in natural science during the late 17th century embodied by the Royal Society in London.

Many pirates or privateers from the late 17th century produced illustrated journals that contributed to the early rise of natural history and their observations heavily influenced the work of scores of scientists and authors, including Charles Darwin, Daniel Defoe, Jonathan Swift, and Benjamin Franklin. Many of these books—dating from the late 16th to early 18th century and housed in the Mandeville Special Collections at the University of California San Diego (UCSD) Library—are on view in Pirates: Unlikely Naturalists, a bonus exhibition visitors experience as they exit Real Pirates. The exhibition was curated by Susan Loveall, CFO, COO, and vice president at the San Diego Natural History Museum (theNAT), and Dr. Mark G. Hanna, history professor at UCSD. It contains some of the most important rare books in existence, which document the “Golden Age of Piracy.”

“Examining the true history of piracy allows us to shed new light on the subject and introduce a new outlook on piracy during the 15th, 16th, 17th, and 18th centuries,” said Dr. Hanna. “Pirates were in many ways the progenitors of citizen scientists such as those who founded the San Diego Natural History Museum. Pirates had the unique ability to charter international waters, travel to forbidden regions, and document their findings. This made pirates a valuable resource to those interested in discovering new information about the peoples, flora, and fauna of various regions.”

Also on view in the exhibition is a collection of the types of pearls sought by Spanish explorers and English pirates while cruising off the coast of Baja California or in the Sea of Cortés during the 16th and 17th centuries. The pearls, as well as authentic books and maps, are on loan to the Museum from the personal collection of Will and Carl Larson (Palagems.com), international gem and mineral dealers from Fallbrook.

“Co-curating this exhibition has been an invigorating experience,” said Loveall of her involvement. “Being a UCSD alumnus and having a genuine passion for our mission, I thoroughly enjoyed working with Dr. Hanna to unveil the connection between pirates and natural history. Visitors to Pirates: Unlikely Naturalists will undoubtedly walk away having learned a valuable lesson about the contributions pirates made to natural history.”

Pirates: Unlikely Naturalists is available with your purchase of a ticket to Real Pirates. Also, don’t miss an opportunity to hear UC San Diego’s Dr. Mark Hanna speak about the rise and subsequent fall of global piracy from the perspective of English colonial maritime communities on August 7. Learn more here.