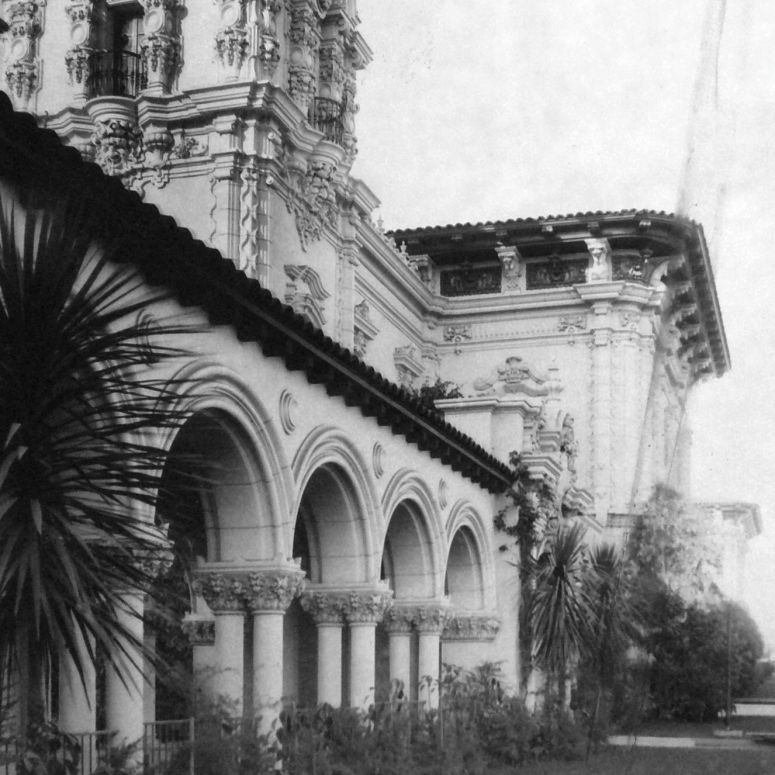 Where was the San Diego Natural History Museum in 1915 when the Panama-California Exposition opened in Balboa Park and put San Diego on the map? We were not yet located within Balboa Park.

Although the San Diego Society of Natural History, established in 1874, had been collecting specimens and meeting in various locations for many years since its inception, it was not until 1912 that our first exhibits were established and open to the public at the Hotel Cecil on 6th Avenue in Downtown San Diego.

In 1915, the Panama-California Exposition opened in Balboa Park and after its closure a year later, Society members worked tirelessly to purchase one of the buildings left over from the Exposition, but each of these plans fell through. Finally, in 1917, the San Diego Natural History Museum acquired its first home for its research collections and exhibits in Balboa Park, in the Nevada Building, which was on property now belonging to the San Diego Zoo. It would not be until 1920 when, thanks to support from Ellen Browning Scripps, we were able to move into expanded quarters in the building now known as the House of Hospitality and display exhibits on plants, beetles, minerals, fossils, and other specimens. The construction of our current building was completed in January 1933. It is on the site of what was formerly the Civic Auditorium, which—ironically—burned down in November 1925 during the Fireman’s Ball.