On the Search for Flying Squirrels 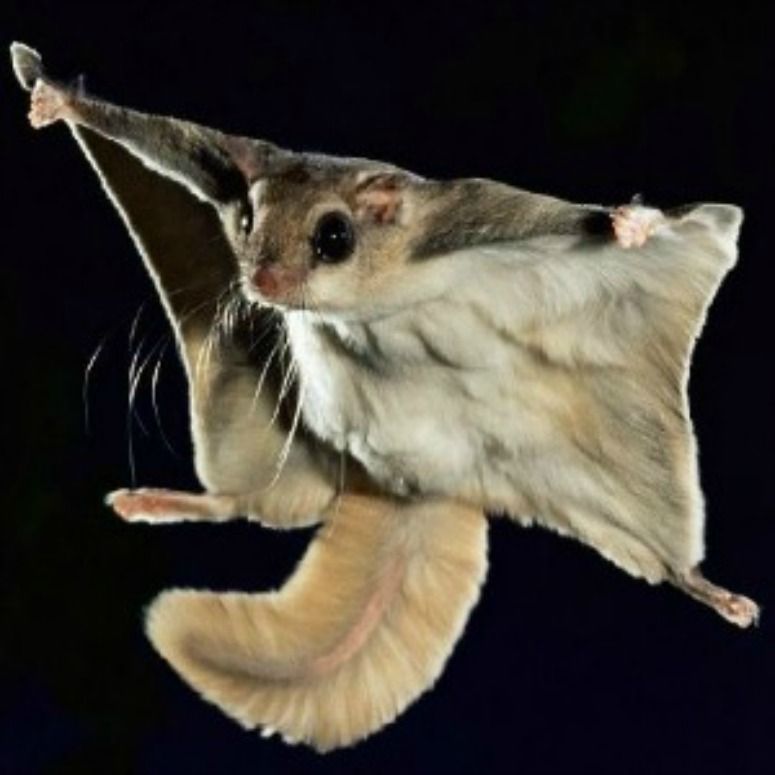 When asking the average person if they’ve ever seen a flying squirrel, there are usually two responses: "Those aren’t real!" or "Like Rocky and Bullwinkle?" However, when asking residents who live in the San Bernardino Mountains about flying squirrels, many will tell you they’ve seen them or heard their chatter late at night. Flying squirrels frequently go unnoticed, like many other nocturnal animals. If you spot one, though, they are unmistakable! Using flaps of skin that span between their wrist and ankle, they glide through the air from tree to tree. They have soft gray-brown fur and an adorable face with large eyes.

Not much is known about these gliding creatures. But with the help of citizen scientists, the San Diego Natural History Museum is hoping to learn more about their distribution and habitat use. Citizen scientists are key to knowing more since they live among these amazing animals and can provide us with information no one else can offer.

In fall 2015, the Museum launched a study in collaboration with citizen scientists, the U.S. Forest Service, Big Bear Zoo, and the U.S. Fish & Wildlife Service to determine the distribution and habitat use of the San Bernardino Flying Squirrel (Glaucomys sabrinus californicus), specifically along the urban edge where residential properties meet the natural environment. Staff spread the word via fliers, newspaper articles, and word of mouth. The community responded: more than 50 residents have offered to participate, and the list is growing weekly.

In January, members of the research team set up equipment on the property of each participating citizen scientist. This included a feeder used to entice the animals and a hair tube—a tube with feed in the middle and double-sided tape at each entrance. The hair tube collects small amounts of hair which is later used to identify the animals. A motion-activated camera is also set up to record any activity.

This setup stayed in place for two weeks, at which point biologists from the Museum returned to collect the equipment and see what our citizen scientists have found on their cameras. Our first round of data collection recently came to a close and it yielded some fabulous observations of these critters enjoying many a nighttime feast. Proof of their presence all over the mountain range has been collected, thanks to these citizen scientists!

The homeowners will share photos of the flying squirrel on the iNaturalist page created for the project, which allows biologists and nature enthusiasts to see pictures of the animal and the locations and times during which the animals were spotted. This information is invaluable to our understanding of the species.

This study will occur again in the spring and summer, and many others are hoping to participate for the first time, or continue participating after the first round. To date, this projects has been a big success thanks to the locals of the San Bernardino Mountain. It will be exciting to see what the final results show, and to see just how large this study can be with the help of citizen scientists.

To learn more, visit the project website at http://flyingsquirrels.sdnhm.org/