Notes from the Field: Botany Updates from Sierra Cacachila 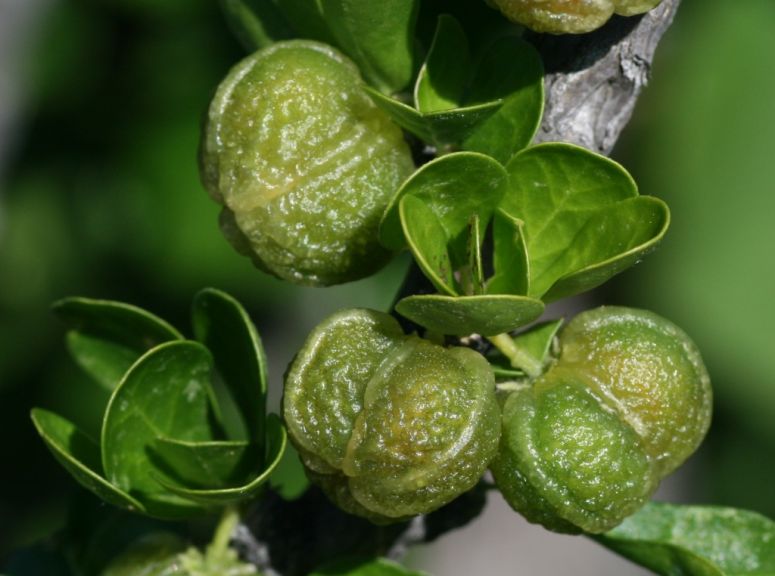 The Botany Team has been surveying various mountains and canyons throughout the Sierra Cacachila in the last few days. To date, we have collected approximately 250 different specimens with 4 duplicates per specimen (about 1,000 specimens) and we are focusing mostly on collecting only plant species that we have not documented previously in this area. Our plans have been rather flexible during the last day or so because of the threat of tropical storm Sonia hitting our area directly (which makes collecting plant samples in newspaper very difficult and surveying in canyon bottoms really dangerous). However, we have just learned that this storm is moving off more to the southeast so we should only get scattered rains and not the full force that we have been concerned about.

Some highlights from our expedition:

Johnston Night-Blooming Cereus (Peniocereus johnstonii) Cactaceae: this is one of two cactus species in this area that grows amid the stems of other larger shrubs in the area and seems to mimic their growth and color. It is really difficult to see this species in the field if it does not have flowers or fruits on it.

Dahlia-Root Cereus (Peniocereus striatus) Cactaceae: this is the second of two cactus species in this area that grows amid the stems of other larger shrubs in the area and seems to mimic their growth and color. In this case, this cactus is very thin, but had a lot of red fruits on them at this time of the year so they were relatively easy to spot.

Tetracoccus capensis (Euphorbiaceae): this shrub has not been collected in this part of the Cape region before and it is endemic to Baja California Sur. The plant in this pic is pistillate (female) with fruits, but we also collected staminate (male) individuals in the area as well.

Nissolia schottii (Fabaceae): this vine was common at the higher elevations of the Sierra and it has yellow pea-like flowers and samara (single seeded, winged) fruits.

Mammillaria schumannii (Cacataceae): this small nipple cactus was previously recognized in its own genus (Bartschella) because its fruits split in a circumscissile manner.

Mammillaria schumannii (Cacataceae): this is the strange fleshy fruit that splits in a circumscissile manner with a clean cut near the base so it is easily removed from the plant.

Pipevine (Aristolochia cf. monticola) Aristolochiaceae:  we found this species growing directly on the beach in sandy substrates just above the high water level. It appears that this species is well adapted for growing in sand since the lower floral tube curve on the underside of the flowers is down in the sand and the upper expanded limb is pushed up a bit out of the sand. This is the third species in this genus that we have encountered during this expedition.

Pipevine (Aristolochia cf. monticola) Aristolochiaceae:  a pic from the side of the flower in order to see more of its floral structure.

Forestiera phillyreoides (Oleaceae): this is the first time that I have seen this shrub species in flower and it was quite interesting with its near black anthers.

Ferocactus townsendianus (Cactaceae): this is the common barrel cactus in this part of Baja California Sur.

Erythrina flabelliformis (Fabaceae): these are the colorful seeds of the rather tropical looking tree that occurs in this part of the Cape region. This species is a pretty good indicator of tropical deciduous forest in our region.

Commelina erecta (Commelinaceae): this is a common dayflower that occurs on shaded slopes in this part of Baja California Sur.