Discovering the Amphibians and Reptiles of Baja California 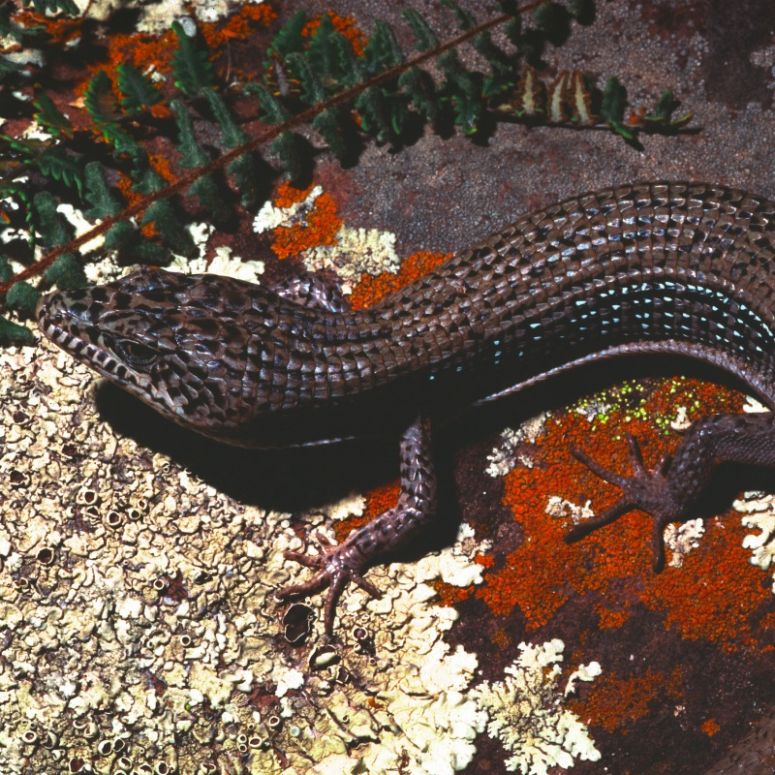 Twenty years have past since I found myself rolling rocks on top of Cumbre de San Pedro deep in the heart of the Baja California peninsula. It was October 1997 and our binational expedition to the Sierra Guadalupe had begun to scatter in its third week in the field. I joined up with the botanists Jon Rebman and Norm Roberts to push to the top of the mountains because we heard stories of a new road that crested the highest ridges.

One may argue if it was really a road or merely a goat trail, but we made it to the top of the pass. And after two days of searching, the sight of a magnificent, large alligator lizard put a lump in my throat. The memory feels like yesterday. A first for the region.

The discovery led to the description of a new species published in 2001. My graduate advisor Lee Grismer and myself proposed the name Elgaria velazqeuzi, after Victor Velázquez, who runs El Serpertario de La Paz. At the time, I knew the difficulty of the scientific process and the rarity of species discovery, especially in a region having been explored for almost two centuries.

The first reptile collections from Baja Califonia date back to Paul-Émile Botta, a naturalist onboard the French ship Héros. The Héros circumnavigated the globe between 1827 and 1829 as a trading vessel. With stops in La Paz, and possibly Loreto, Mr. Botta explored only a limited area of the peninsula. Life for early naturalists was hard, so not exploring deep into the mountains is easily forgiven. While he never collected alligator lizards, his specimens led to the descriptions of four new species of reptiles.

The secret lives of alligator lizards also remained unknown to William Gabb, an American naturalist, who crossed the peninsula from coast to coast 11 times during his 1867 expedition from Cabo San Lucas to San Diego. Mr. Gabb makes no mention of seeing alligator lizards during the course of his travels, but his collections led to the description of Phyllorhynchus decurtatus, or Spotted Leaf-nosed Snake, in 1868.

Léon Diguet, a French naturalist with the El Boleo Mining Company in Santa Rosalia from 1889 to 1892, also had an opportunity to discover alligator lizards. Mr. Diguet explored well beyond the mining district and made natural history collections from the interior of the peninsula. His collections led to the description of Bogertophis rosaliae, or Baja California Rat Snake, but again, alligator lizards went undetected.

Today, with almost 200 years of discovery, from early naturalists to trained herpetologists, finding new species of amphibians and reptiles in Baja California has become challenging. The era of species discovery is in its final chapter and the nature of the science is also changing.

We currently recognize 160 species of amphibians and reptiles in Baja California and it is unlikely new forms will be discovered by field explorations. Over the next couple of decades, scientists will redefine taxonomic diversity by analyzing our current state of knowledge. Instead of rolling rocks in search of secretive lizards, we’re exploring genomes of already described species in hopes of discovering the region’s true diversity.

Ending the era of species discovery opens the door for the next. The Amphibian and Reptile Atlas will bridge this transition and accommodate the last taxonomic changes, while citizen scientists contribute fine-scale distribution data to each species. The growth in knowledge will aid conservation efforts to protect species and ecosystems under threat. For me, the complete understanding of the region’s amphibian and reptile diversity will bring rewards greater than can be imagined. 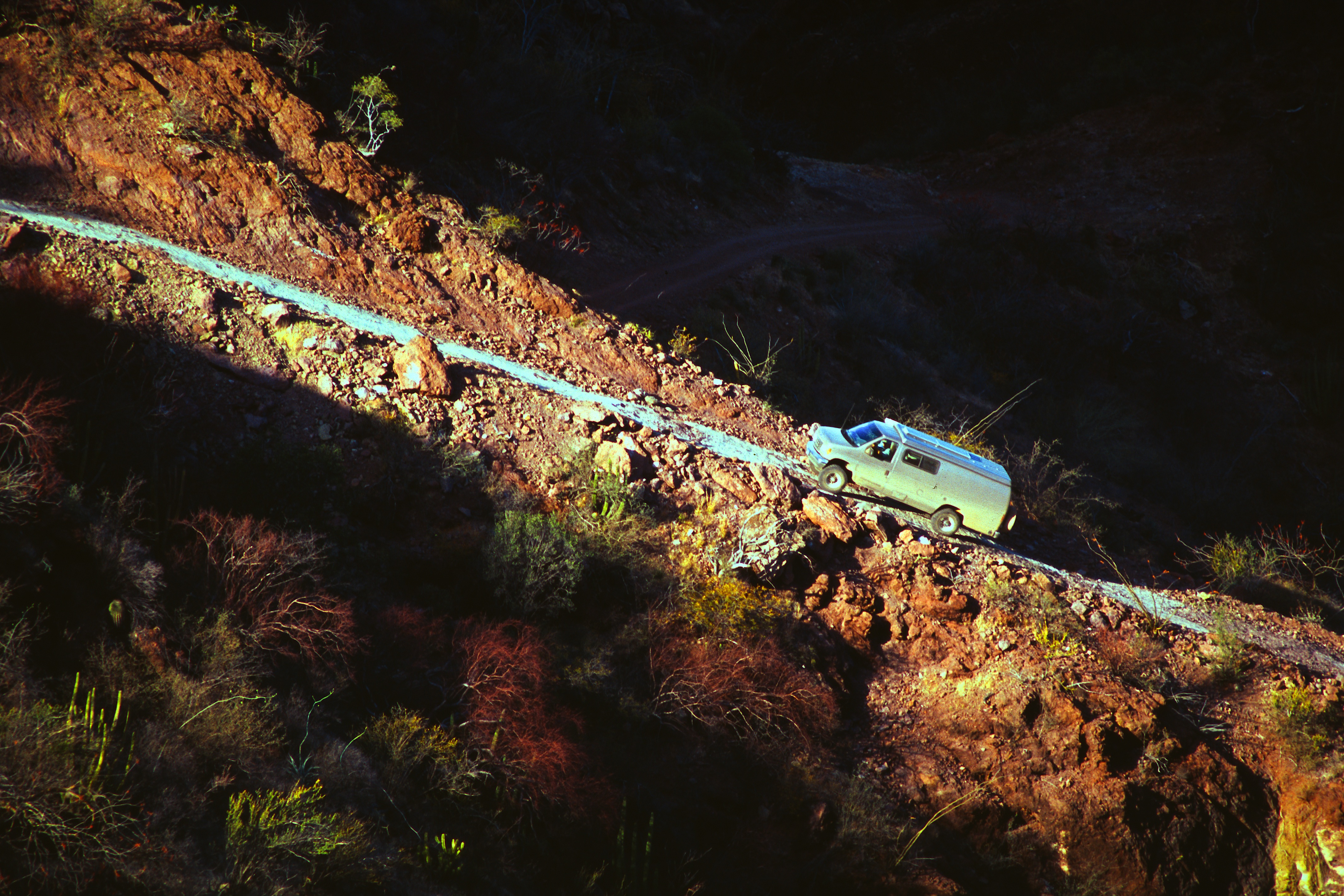 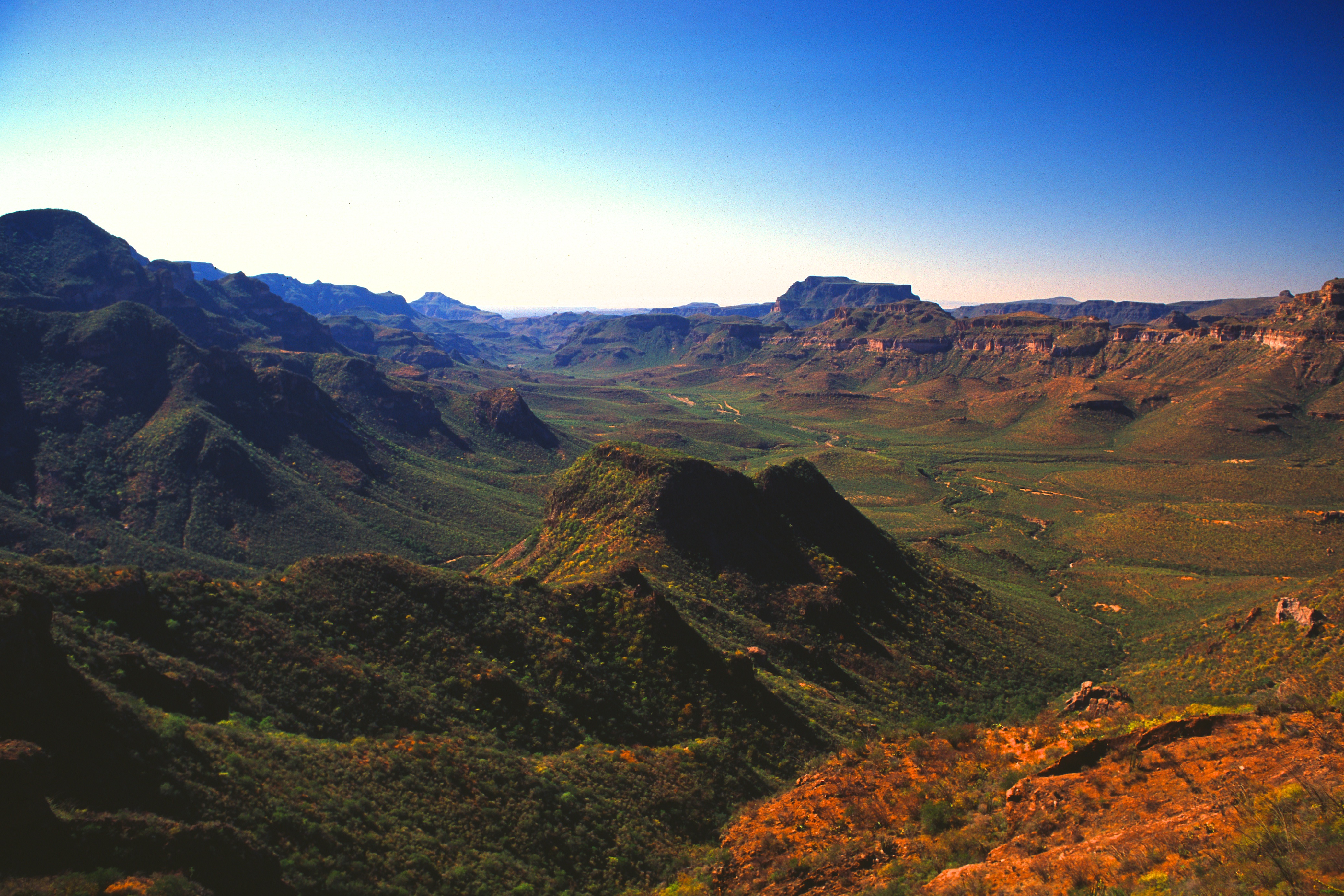 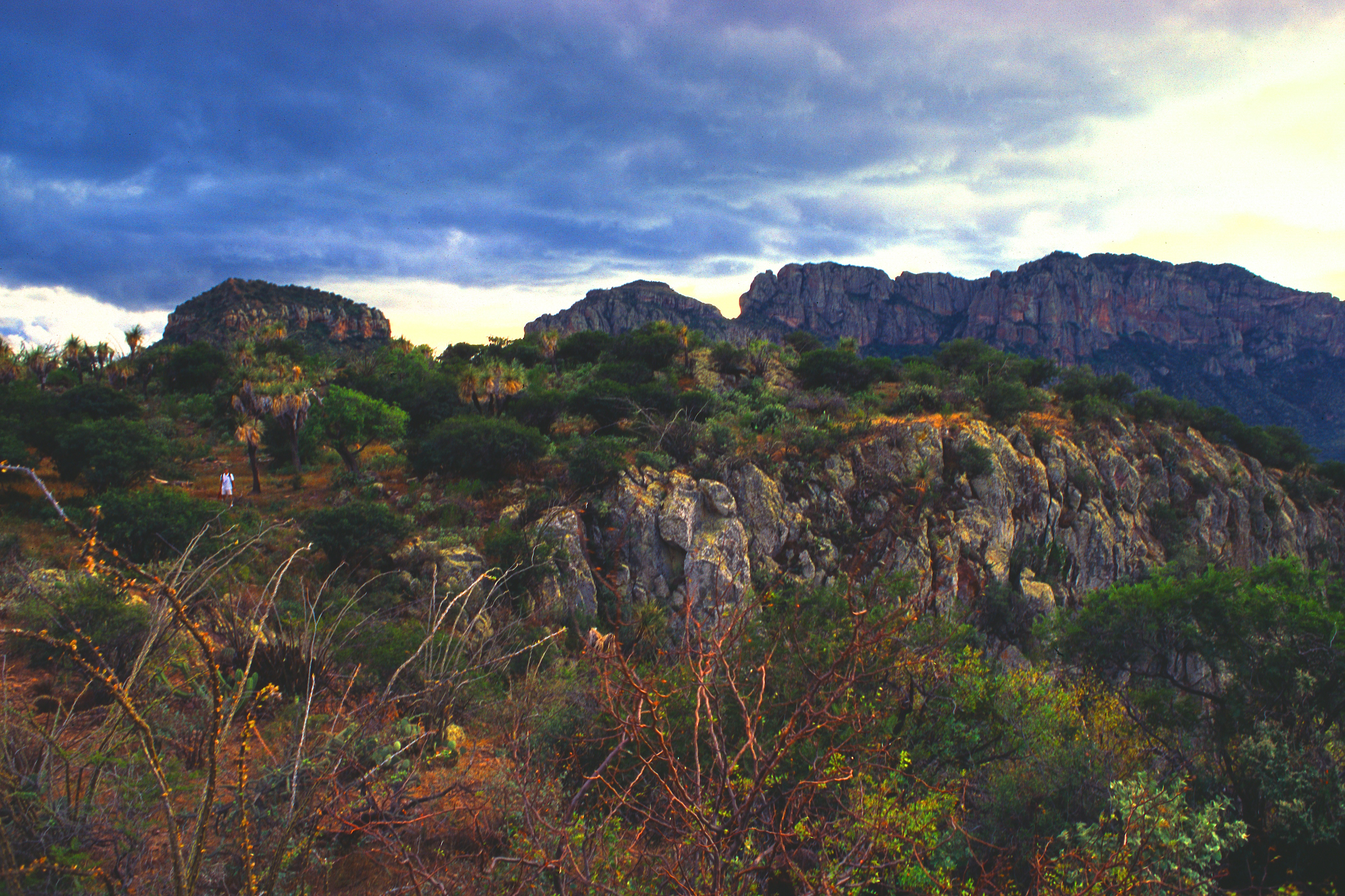 Alligator Lizard habitat in the Sierra Guadalupe, with Jon Rebman collecting plants in the distance. 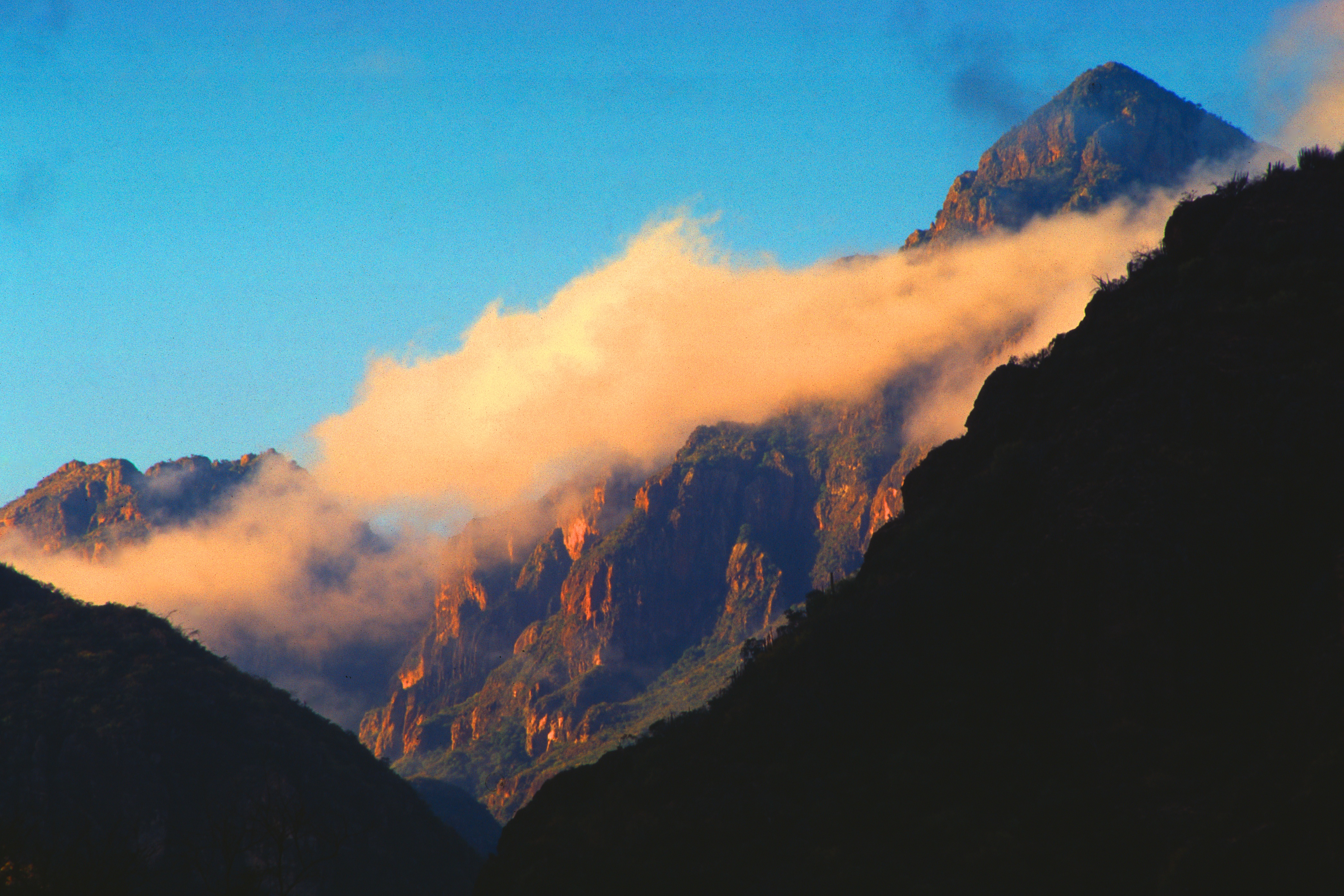 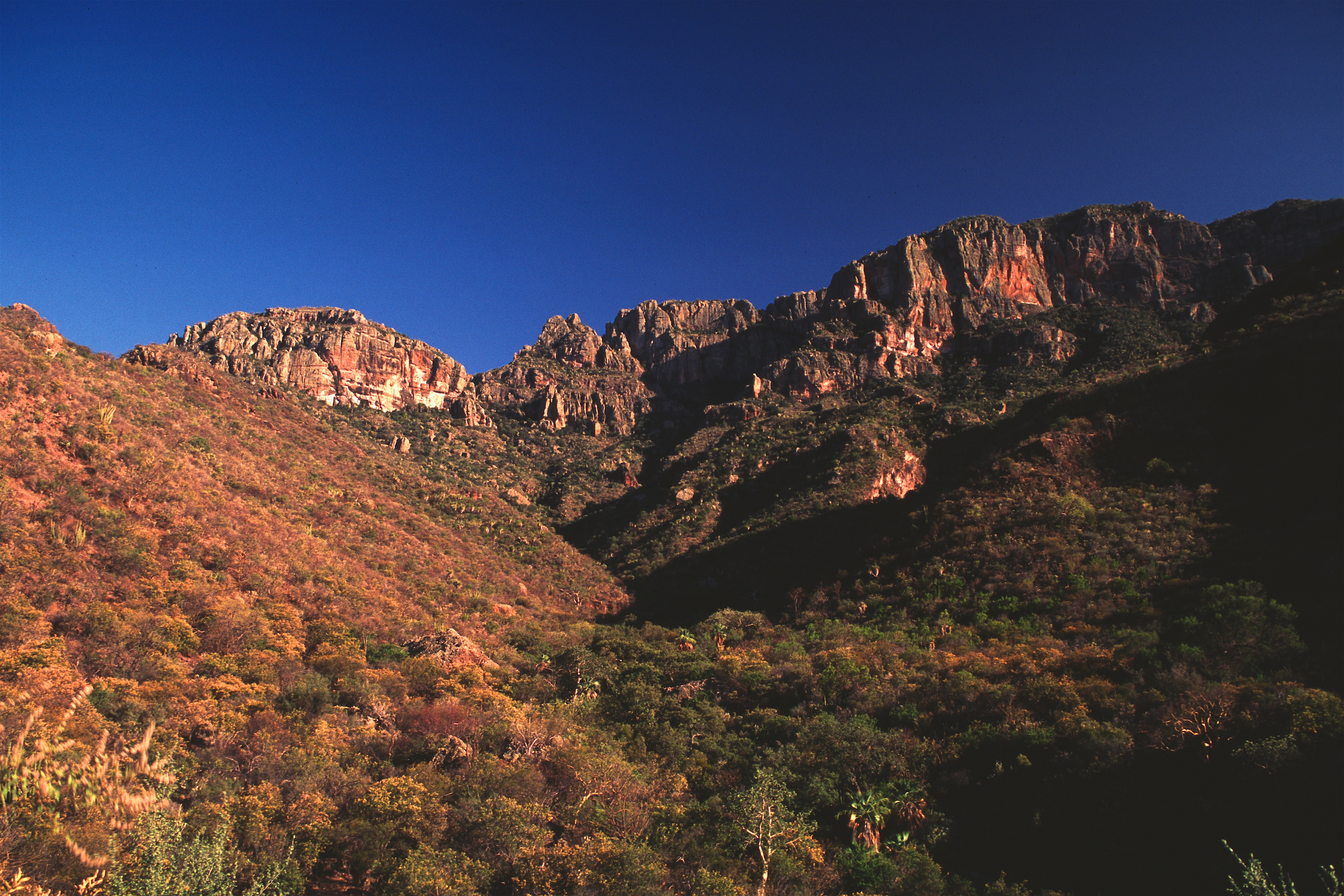 Hiking into canyons along the crest of the Sierra Guadalupe, Baja California Sur, México.