Bugging Out in Baja 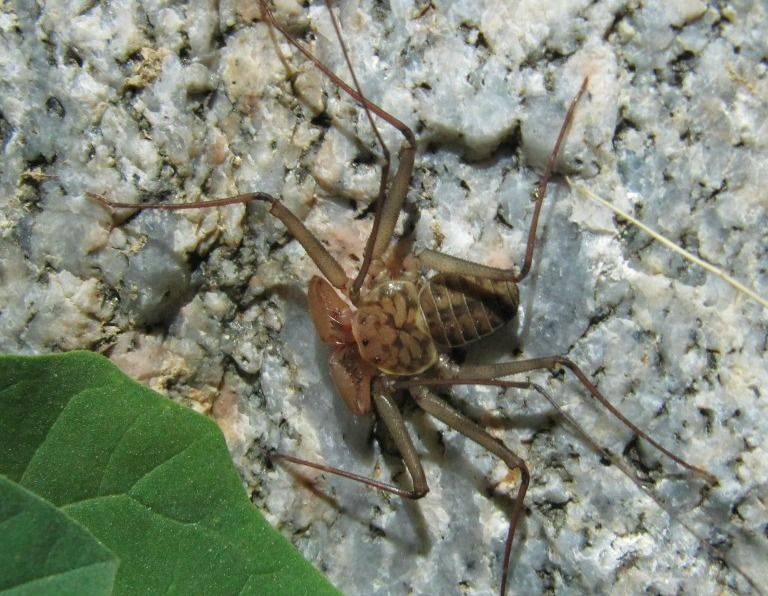 Today the expedition’s entomology team went out to do some scouting for sampling sites in the Sierra Cacachilas. The landscape is pretty lush with most of the trees and shrubs fully leafed out. We found lots of insect activity and will be sharing some cool natural history discoveries as the days go on. We saw two very unusual critters that are only found at the southern tip of Baja California Sur, and even then aren’t seen very often.

The first is a tailless whip scorpion (order: Amblypygi). This species (Phrynus asperatipes) has no common name but was first described based on observing one female in 1863. But it took until 2005 for a male to be found and described by Dr. María-Luisa Jiménez (one of our collaborating scientists at CIBNOR in La Paz). Tailless whip scorpions look scary, but they don’t have any venom and run away quickly when disturbed. The vicious looking legs in the front are actually its mouth parts that are modified to grab and trap insect prey. They have pretty poor eyesight and use their first pair of true legs (the long skinny ones) to sweep around and feel for prey and approaching predators, not unlike how a blind person uses a cane. 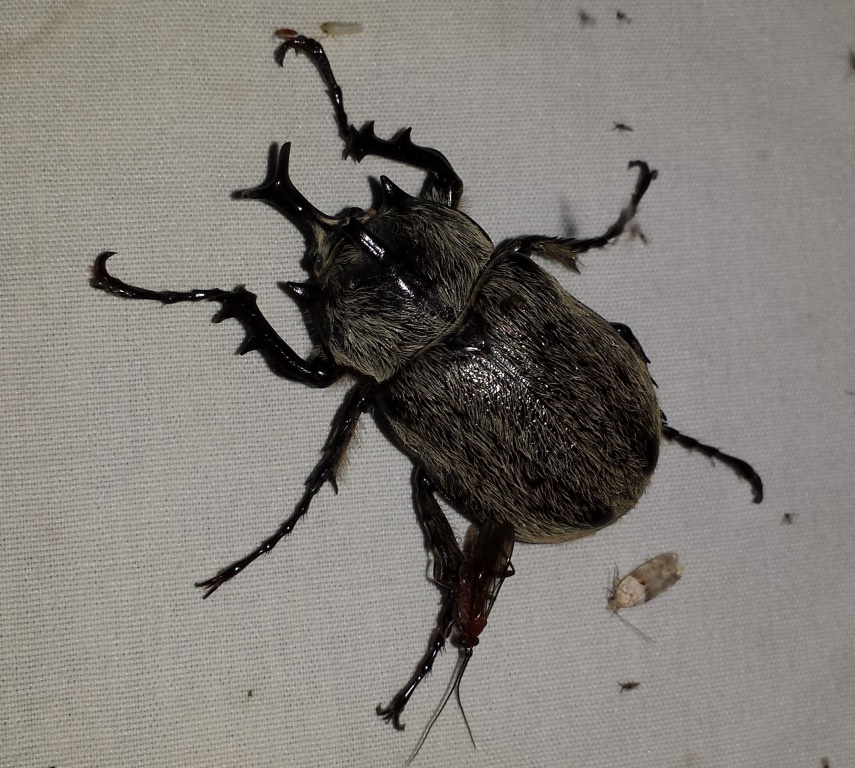 Our second interesting discovery was a giant rhinoceros beetle (Megasoma thersites). With a name like that, you can bet he is mega-big. We know this is a male, because the females do not have big horns. Male rhinoceros beetles sometimes use their horns in male-male combat to see who is tough enough to win the heart of a female—although sometimes a female might look at a male and think he looks so tough that he won’t have to fight. This species only occurs in southern Baja California Sur, and we were fortunate to attract several to a light at night.