Biodiversity at the Borderlands and the Great Border BioBlitz 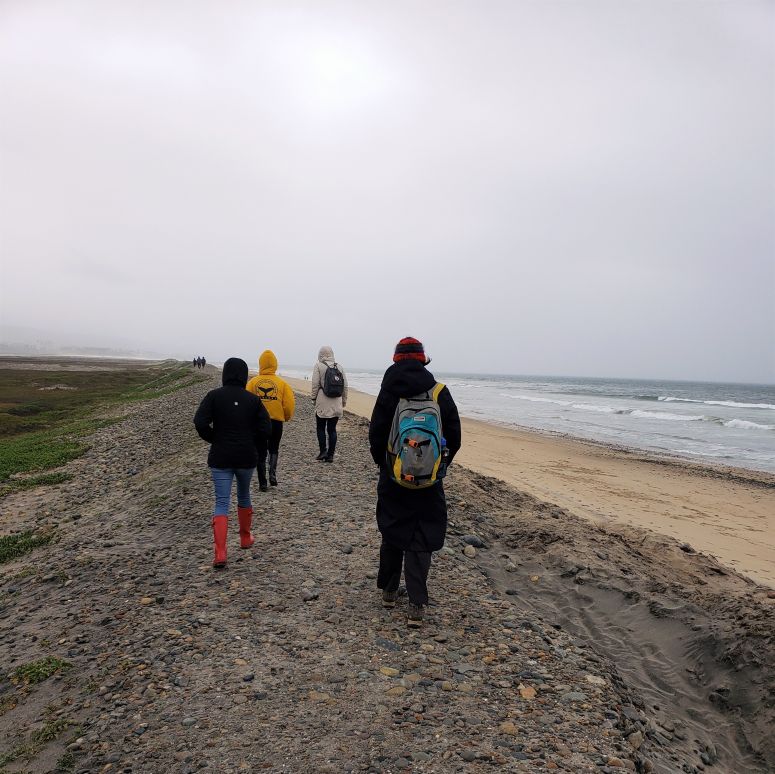 The Border BioBlitz is a massive, annual community science endeavor to document the rich diversity of plants and wildlife at our southern border. Dr. Sula Vanderplank, one of the founders of this initiative, shares the reason behind the program and why this year’s event—taking place throughout April—is more important than ever. Article is from 2021, but you can find current information about the Border BioBlitz here.

Back in 2016 I started working for the State of California, piecing together lists of species—plants in particular—that were being impacted by border wall construction between the United States and Mexico. I was brought in due to my experience working in the region. Still, it was surprisingly hard to find data on the California borderlands, despite being in San Diego County which may be the best-documented county in the U.S. for plants. Thanks to efforts such as the San Diego County Plant Atlas, we have documentation of plants from almost every square mile of San Diego County. This extensive record shows that San Diego is the most floristically diverse county in the United States. We have the highest number of different types of plants in the country!

So, this begged the question: if we have all of this documentation, why did we know so little about the area along our border fence?

The answer was complicated by numerous factors, but it boiled down to three points. First, a lot of the landscape was destroyed in 2007 with the installation of the triple border fence. Second, authorities at the border can be intimidating for and some might not feel safe at our border region. Third, access to these areas can be tricky. So, when I was asked to evaluate which species would be impacted by the construction of the border wall, I was desperate for data.

That’s when I realized we were going to need a lot of help.

I took my idea to the board of the Next Generation of Sonoran Desert Researchers—a network committed to the rich social and ecological landscape that spans the U.S.-Mexico borderlands and more. I was delighted when they thought that a border BioBlitz would be a good idea. BioBlitzes are community-driven events that focus on finding and identifying as many species as possible in a designated area within a short period of time. And they have surged over the past decade.

In March of 2017 we held the first Border BioBlitz. Participation was beyond my wildest dreams! And the BioBlitz served two important roles. It added data where we need data and, perhaps more importantly, it brought lots of people from both sides of the border together—enthusiasts and scientists alike—with a common purpose: caring about nature.

The 2018 Border BioBlitz was even bigger and better. There were 11 participating teams and 150 participants from California to Texas. You can read the full report here. Soon after, we published our first report on the biodiversity of the borderlands and the efforts underway to document it.

In 2019 we opened the BioBlitz for a longer time period. We included a marine node for the first time, and there were overnight efforts along the border fence to document small mammals. We had over 1,000 participants that year, with many more helping to identify the photographs taken along the border.

It’s too early to tell the scientific results of this work. We have more data we need to collect, but each year my eyes were opened to new aspects of the biodiversity of our shared borderlands. The marine node required exposure suits as our small boat rode waves that were brown from the raw sewage rushing from the Tijuana River mouth. The stench was foul and I can’t describe the despair as it splashed onto our faces. (“This is why we have so little data,” I thought!) In the overnight trapping, I saw another side to the border patrol agents I had previously feared. I even had a chance to ask an officer for help taking pictures and uploading them to iNaturalist. Their help is needed: border patrol agents are the only people who can legally access wilderness areas in vehicles. As a result, the steep, daunting mountains of the Jacumba wilderness are almost unknown to us as biologists.

In 2020, our efforts were largely stymied by the global pandemic, and it wasn’t safe to encourage people to get together in groups. In addition, many of our parks and public access areas were closed. Wall construction continued to ravage the borderlands including significant blasting of rock, road construction, and the installation of walls, fences, lights, and staging areas. A heroic effort was made by a handful of community scientists (known on iNaturalist as Finatic, Biohexx1, Milliebasden, and Docprt) who continued to document the biodiversity of the borderlands on their own.

To date we have documented 1,598 species in the California-Baja California borderlands alone. This includes 89 threatened species—just one example of the wealth of riches you can help document and discover!

This year’s Border BioBlitz takes place throughout the month of April, reimagined to be socially distant and safe. Households and quarantine pods can collect data along the border in our new dispersed model.

We invite you to be a part of documenting the amazing diversity of life in our borderlands, where our shared natural heritage lives on and where only we know what that border means. in light of the pandemic, our Border BioBlitz is extended to include the backyards of all border communities. If you live in a county or municipality adjacent to the border, we encourage you to participate. You can stay safe at home and still contribute data to our knowledge of the borderlands. Simply find out how to join our project here, and make your observations throughout the month of April. 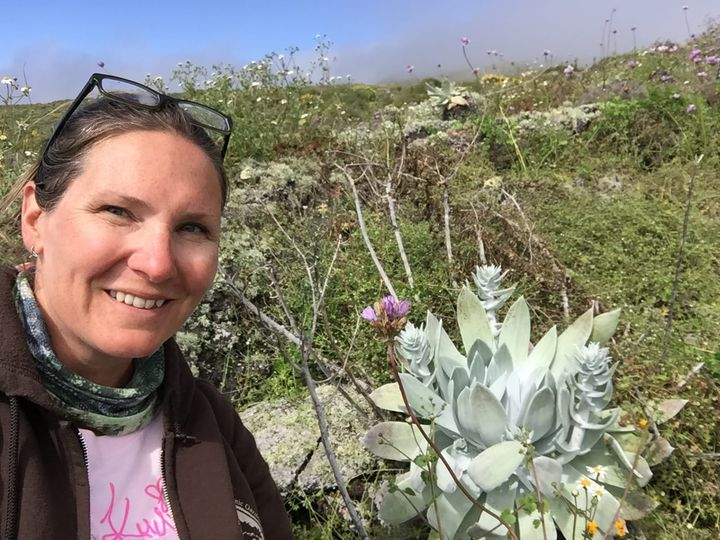 Dr. Sula Vanderplank on an expedition. 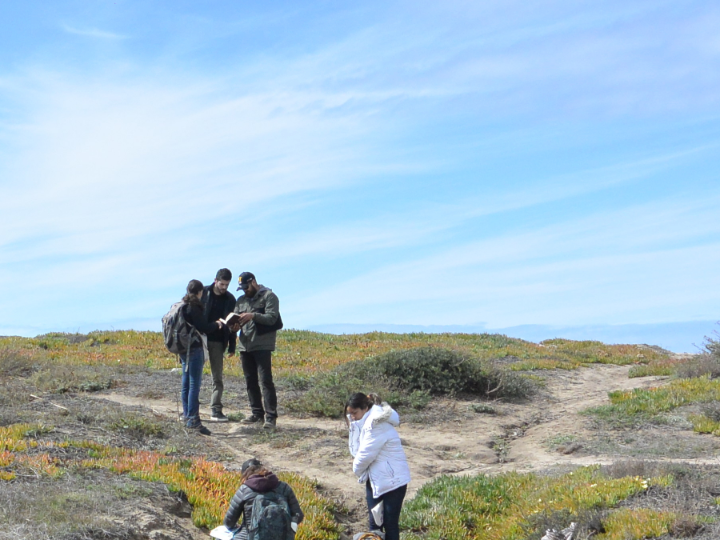 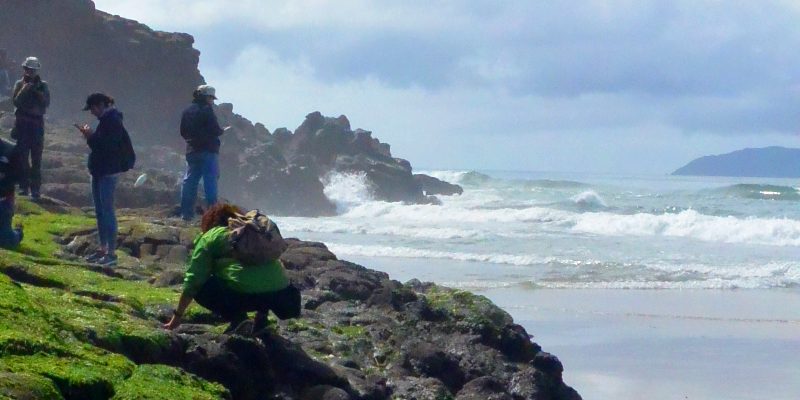