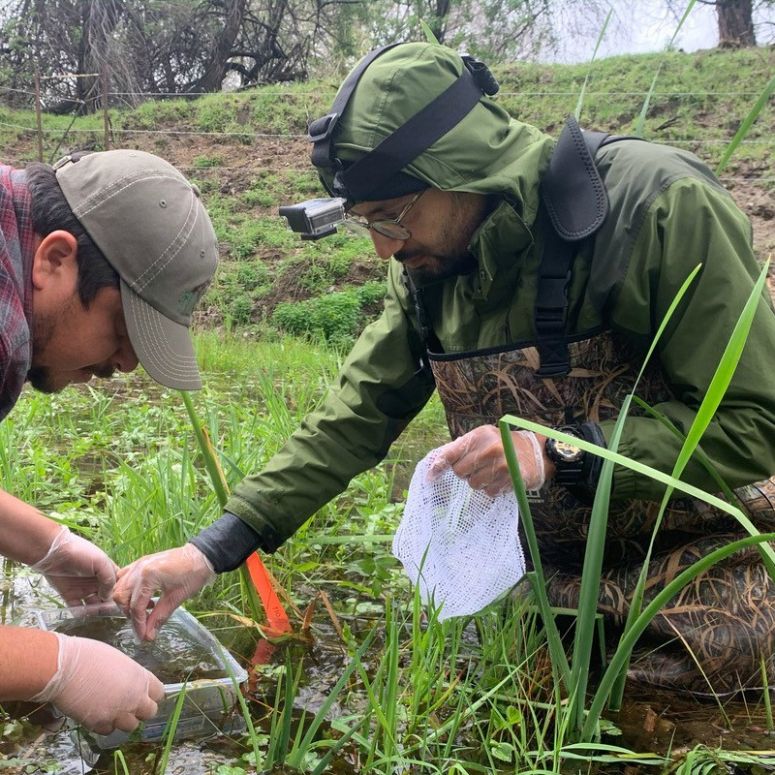 From Childhood Exploration to Ending Extinction

As a kid growing up in El Cajon, my mom used to take my siblings and me to Flinn Springs County Park so we could get out of our apartment, run around, and explore. The park, located in the eastern edge of El Cajon, has beautiful oak groves bounded by a tall chaparral-covered hill. But my favorite feature of the park was the channelized stream of water that meandered under the oak trees.

In spring, the stream often flowed readily with water. Upon arrival to the park, I would jump out of our family car and run to the edge of the stream, flinging my shoes off as I hopped in the water to look for interesting creatures. I remember seeing water striders for the first time, catching crayfish while avoiding their pinchers, and of course catching small frogs displaying a variety of colors. The healthy population of frogs meant there were also many tadpoles, which I would scoop up using a jar to get an up-close look.

Later, my family moved to a house with a yard, so my visits to Flinn Springs became less frequent, yet still I was able to foster a connection with nature. While playing in my yard one day, I flipped over cinder block, revealing the strangest of creatures. It looked like a worm, but it had tiny limbs and a head with a black shiny eyes. Was it a lizard? A mutant worm? I had no idea. I collected it in a jar filled with grass and tried feeding it spiders and pincher bugs. Unfortunately, it did not eat so I released it where I found it. Looking back, I can identify it as a garden slender salamander (Batrachoseps major).

The curiosity for nature I developed as a child has stayed with me throughout my life. In college, I was lucky to find mentorship from professors who channeled my interests into a more academic and science focused realm. I was able to apply that experience into a master’s degree from SDSU with a focus on amphibian conservation ecology.

About a year ago, I began my job as the collections manager in the Herpetology Department here at The Nat. This position is a dream job for me and it brings me back full circle, as I started my professional career as a herpetology volunteer in 2005. My experience volunteering under the mentorship of Dr. Brad Hollingsworth, curator of herpetology, allowed me to meet many great people and propel my career as a herpetologist to new heights. I am currently working with Brad and an international team of biologists on a project to protect the endangered California red-legged frog (Rana draytonii) in southern California and Baja California.

This is the first in a series of blog posts that will highlight our team’s work to protect the California red-legged frog from extinction. We will highlight a diverse group of voices from both within the Museum and from our collaborators. I am excited to bring you along on the adventure. 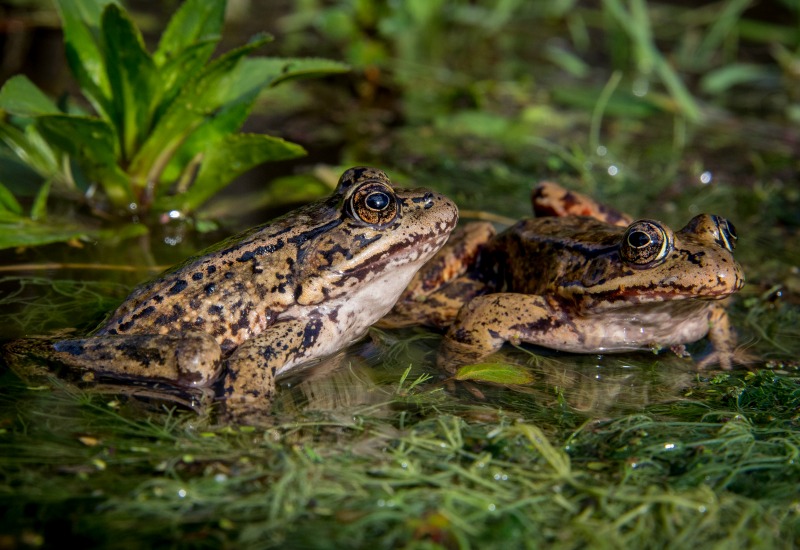 Adult male and female California red-legged frogs from the source population in Baja California, México. Breeding takes place in the spring, and a female can lay more than 1,000 eggs each year. (Photo by J.A. Soriano/Fauno) 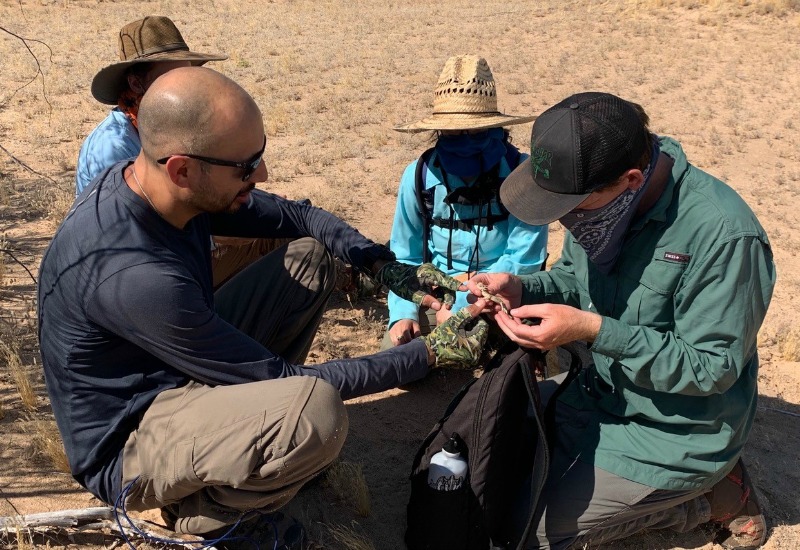