A Quest to Find the “Lost” Plants of Baja 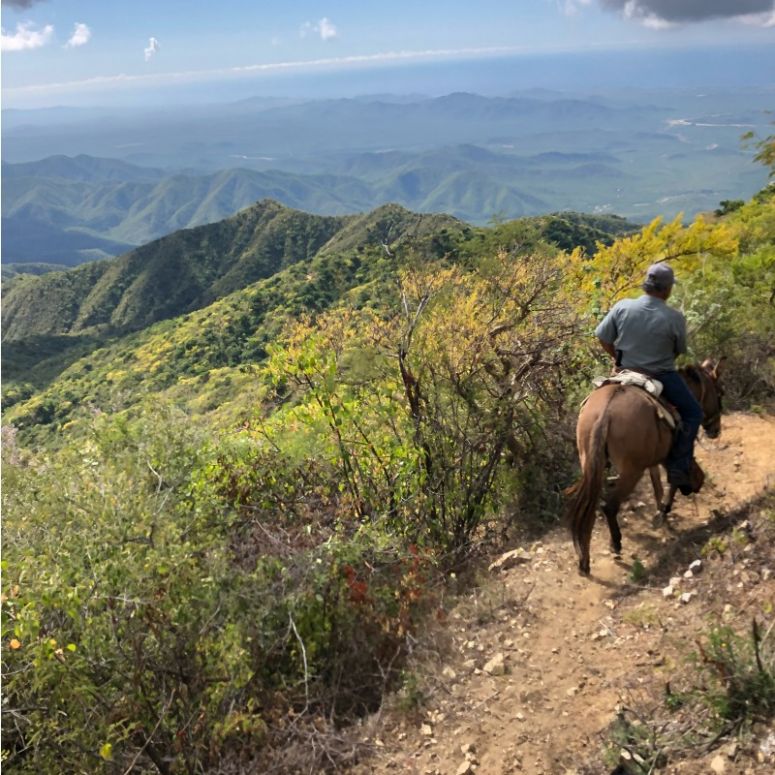 One hundred years ago, naturalists and classically trained scientists found plants in the Baja California Peninsula that now seem to have disappeared. No one has seen them growing in the wild for decades since they were first collected. During the last few years, Curator of Botany Dr. Jon Rebman has been on a quest to find them.

Rebman received the honor, and a significant challenge, of being awarded a grant from the National Geographic Society’s Committee for Research and Exploration to support a project titled “Rediscovering Baja California’s Lost Plants.” The goal was to rediscover 15 native plant species that are endemic to the Baja California Peninsula and are known only from the type specimens (the specimen on which the original description and name of a new species is based). The project would include multiple wide-ranging field surveys to determine if these plants are now extinct or whether rare populations still exist in very specific localities.

Of the 13 lost plant species our team has looked for to date (weather and logistical issues have precluded us from being able to seek the other two), multiple expeditions deep into the rugged Baja wilderness have led to the rediscovery of nine of them .

The team’s first success came when they encountered Astragalus piscinus, a rare species of milkvetch last seen in 1889, when the type specimen was collected by Edward Palmer near Scammon’s Lagoon in Baja California Sur. They have also rediscovered Physaria palmeri, Palmer’s Bladderpod, a plant last seen in 1884 when it was collected by the naturalist Charles Orcutt, who first found it in Topo Canyon in the Sierra de Juarez of northern Baja California.

By studying historic maps, carefully reading Orcutt’s original field notes from our museum archives, and noting accompanying species of plants, the team was able to make a very educated guess of where to search, and it paid off.

On a separate trip to the Loreto area of Baja California Sur, Rebman and his colleagues searched for two lost plant species, each known only from one herbarium specimen. During that time, they found populations of Lippia carterae (Verbenaceae) that were heavily impacted by livestock browsing. However, they also found a plant with flowers and fruit in an individual’s garden in San Javier. This species is used locally as a medicinal plant, even though the natural populations appear to be almost decimated.

On the same trip, they rediscovered Salvia malvifolia (Lamiaceae) in a remote canyon at Bahia de la Concepcion. It took three excruciating hikes into the canyons in the general area, using the original collector’s field notes to shed some light on the locality, to rediscover this very rare species.

This has been a successful project to date, and Rebman and his colleagues will continue to search for the remaining six lost plants. These 15 plants might have very limited distribution, but rediscovering them represents a victory for conservation. After all, the first step in saving a species from extinction is knowing it exists.

What do you mean “lost”?

When we talk about “lost” plants, we are referring to plants that have not been collected or scientifically documented for decades. The Museum has a large herbarium, with some plant specimens collected more than 100 years ago. It’s important to update the specimen records over time so scientists can learn more about where the plant lives and take note of any changes in their distribution (this is the same way animals are studied at The Nat as well). It may seem like a lot of work, but it’s essential for us to know how plant and animal populations are changing as the world changes.

Can you find a lost plant on a map? How do researchers know where to look?

We have fantastic maps of all regions of the world, and apps like Google Earth can help zoom into certain locations. But to see what’s really there, someone must physically travel to the place and document what’s on the ground. Rebman explains, “We are always gaining a deeper knowledge of the areas depicted on our maps. Perhaps more importantly, we are conserving the existing knowledge of these areas that is in danger of slipping away.”

The early collectors for the San Diego Natural History Museum—which was founded in 1874 and has led expeditions down to Mexico since about then—had good enough maps to identify the general location of where they had found an interesting specimen. But how could they make a record of exactly where a specific plant was located?

Collectors use field notes, literally notebooks and journals, where they write their observations and comments. One hundred years ago, not all features on the available maps were named. Some might have a name used by local people, and another assigned by a mapmaker passing through. For example, when Dr. Reid Moran got off of a boat and went ashore on April 20, 1957 and collected the type specimen for Salvia malvifolia, he wrote notes in his field book about his day, and what and where he was exactly. However, on the label for this specimen he only put scant locality information (“shaded canyon at ca. 300 m, Bahia de la Concepcion”). Fortunately, he added more information in his field book, which resides in the Museum’s archives. Moran described in more detail his observations for that day, including his hike into a larger canyon to the north of a particular ranch and how it had many different side canyons. As a result, Rebman was able to identify the larger canyon and hike in and out of various smaller side canyons until the plant was rediscovered.

How do you physically go looking?

Looking for plants in rugged Baja California takes determination, plenty of equipment, and permits from the Mexican government. Horses, mules, burros, camping gear, local guides, packed water, and food are all needed to travel in these wilderness areas and live for days to weeks while you survey for the plants. There aren’t always trails, but using maps and a global positioning system (GPS), scientists and volunteers go exploring and collecting as often as they are able to get an expedition funded.

How do you know if you found a lost plant?

The Museum has a long history (over 145 years) of studying, documenting, and interpreting the natural history of Southern California and the Baja California Peninsula. Our specimen collections, along with those of other long-term institutions, hold specimens that were collected many years ago. These scientific specimens are used to see what the specimen actually looks like and can be used to compare it to other related species as well. Once a scientist has a good search image of a species, it is a lot easier to see in the field.

How do scientists document their finds?

Scientists like Rebman sometimes use a system of checklists or publications that accompany the actual plant specimens so they can provide more detail about what they have found. “After 20 years of floristic research on the Baja California Peninsula and adjacent islands, my colleagues and I created an annotated, voucher-based checklist of the vascular plants of Baja California,” explains Rebman.

The Annotated Checklist of the Vascular Plants of Baja California, Mexico was published in 2016 and compiles decades of floristic research and herbarium studies. It represents a complete revision of information about the plants of Baja California last published by Ira Wiggins in 1980, and is the new standard for the taxonomy and nomenclature of regional plants used in our herbarium and on the Bajaflora website. While the checklist is a technical volume principally of interest to professional botanists, it advances knowledge of the plants of the region to members of the general public who want to learn about and help conserve the region. 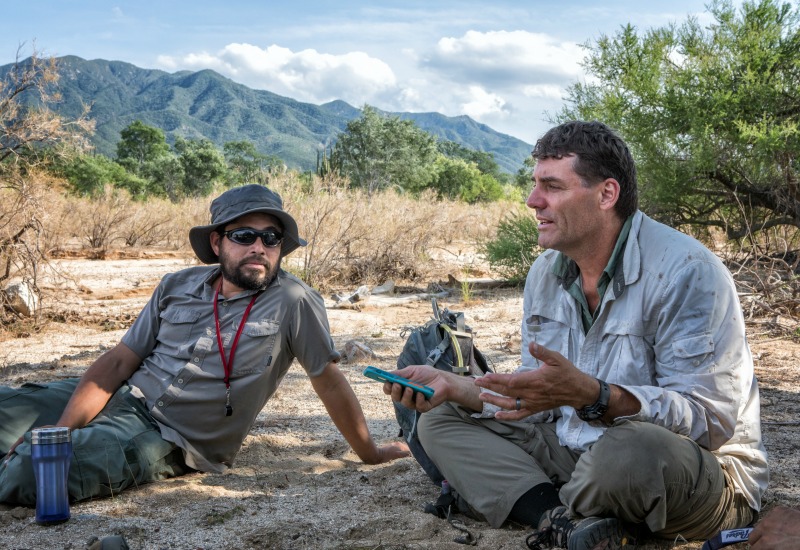 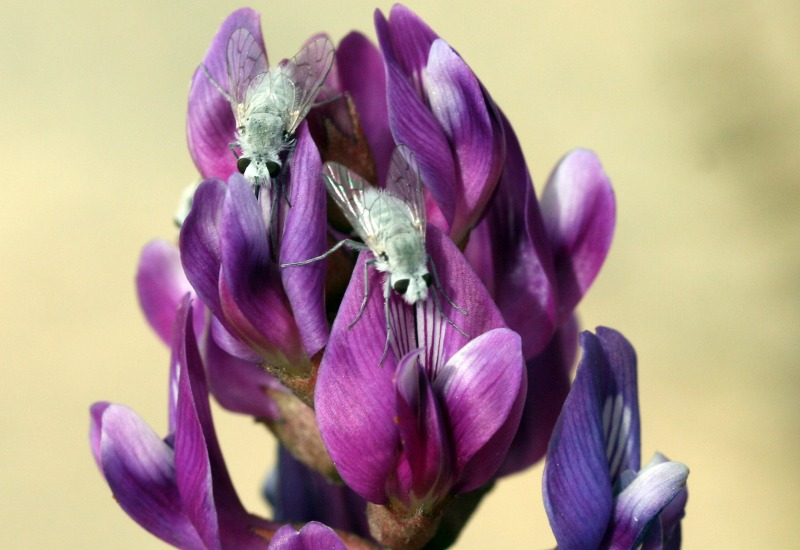 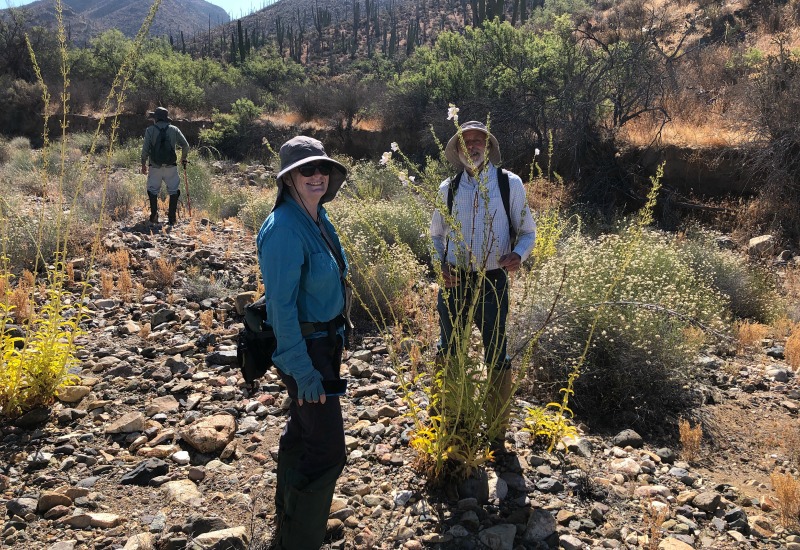 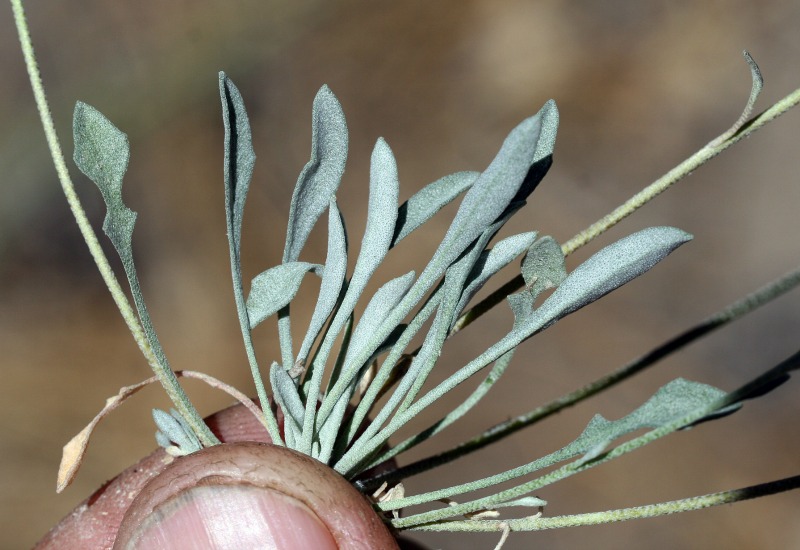 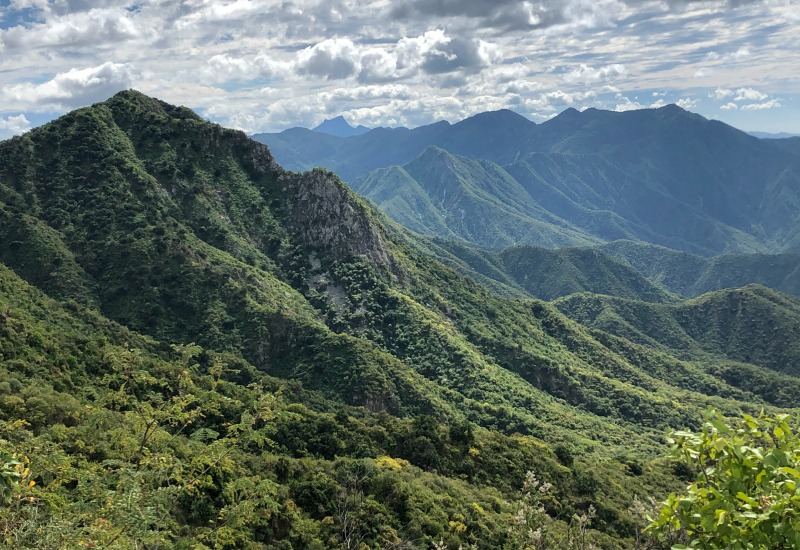