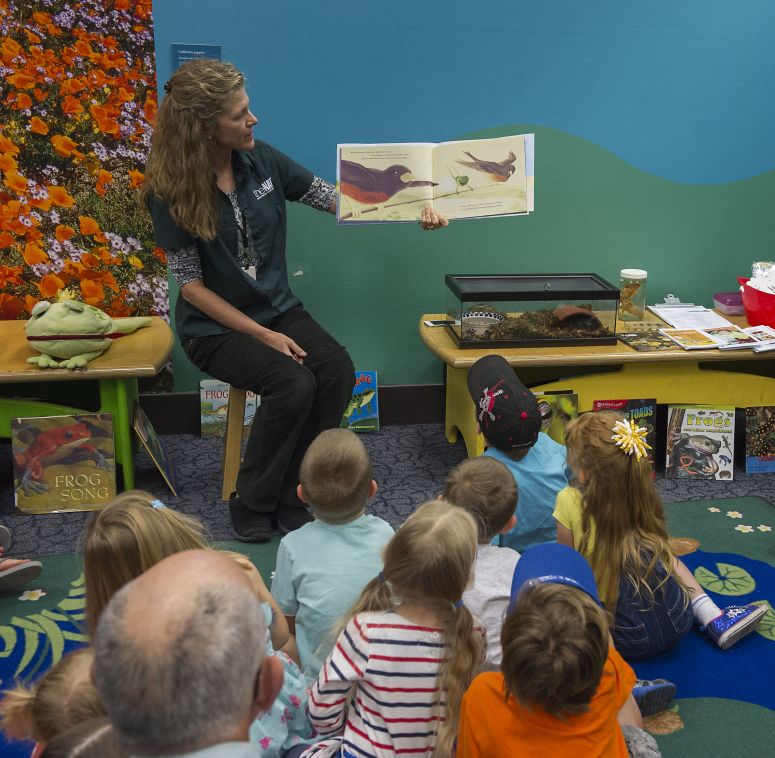 From our Research Departments:

Lizards of the American Southwest by Lawrence C. Jones and Robert E. Lovich

Since lizards like it hot, I think this is a great natural history read for the summer and should open your eyes to our region's rich lizard diversity. The book covers all 96 species found in California, Nevada, Arizona, New Mexico, Utah, Colorado, and Texas west of the Pecos River. Learn where to find lizards and how to identify them. Includes detailed information on habitat, natural history, taxonomy, viewing tips, plus hundreds of photos, illustrations, and maps.

Recommended by Phil Unitt, curator of birds and mammals

A biography of Annie Alexander, the woman who founded the museums of zoology and paleontology at UC Berkeley. It gives you a flavor of the adventure of collecting and exploration in the good old days, set in western North America.

Recommended by Margi Dykens, registrar and director of research library

Even though it is geared towards the Santa Monica area, it is a good guide for our area also and has good photos and descriptions of plants.

The Song of the Dodo: Island Biogeography in an Age of Extinction by David Quammen

Recommended by Michael Wall, vice president of public programs and curator of entomology

This has been out for a while but is one of the best examples of non-fiction storytelling about evolution and biogeography. It is a very human story of the biologists, coupled with great natural history vignettes.

Dinosaurs and other Mesozoic Reptiles of California by Richard Hilton

Dry Storeroom No. 1 – The Secret Life of the Natural History Museum by Richard Fortey

The London Natural History Museum’s amazing collection is spotlighted in this book along with scientific accomplishments spanning three centuries. Notable scientists, such as Charles Darwin, have their scientific endeavors preserved within the Museum’s walls. Fortey gives a walk-through tour of fossils, rare plants, and exotic species found in one of the world’s most remarkable natural history collections.

From our Education Department:

Alphasaurs and Other Prehistoric Types by Sharon Werner, Sarah Forss

Each page features a different dinosaur, from allosaurus to zuniceratops, created solely from their individual letters, both capital and lower case. The illustrations are coupled with fun facts and comparisons that are sure to delight young dinosaur enthusiasts.

Introduces a lovable and surprisingly agile dinosaur who dreams of becoming a ballerina.

Bright, colorful illustrations accompany the clever fact-filled rhymes describing some of the most popular dinosaurs. A great book for reading aloud!

Oodles of fun for all ages! This book is divided into three flaps per dinosaur, so that kids can create 1,000 imaginary dinosaurs with the flip of a flap.

Sammy and the Dinosaurs by Ian Whybrow

A charming fantasy of an imaginative boy who finds a dusty box of dinosaurs in his grandmother’s attic and brings them to life by whispering their names.

I Love Bugs! by Emma Dodd

A young boy celebrates all the different kinds of flying, crawling, and creeping insects in his backyard including one hairy, scary spider. A great book for reading aloud!

When Queenie Bee is kidnapped, Ace Lacewing, follows the trail of honey to a surprising conclusion.

Waiting for Wings by Lois Ehlert

A fun-filled, rollicking celebration of insects. Sure to delight (and gross out) young enthusiasts.

Living Sunlight: How Plants Bring the Earth to Life by Molly Bang

Caldecott Honor Award winner Molly Bang presents the amazing story of how energy travels from the sun, to plants, to us.

Join Miss Maple on her magical journey to collect and care for “orphan seeds” before sending them off to grow.

The Reason for a Flower by Ruth Heller

The Tree Lady: The True Story of How One Tree-Loving Woman Changed a City Forever by H. Joseph Hopkins

Tells the story of Kate Sessions who transformed San Diego into a lush garden by planting trees that could grow in our area’s semi-arid climate.

A delightful celebration of the beauty and tenacity of weeds.

In One Tidepool: Crabs, Snails, and Salty Tails by Anthony D. Fredericks

Humorous poems about individual tide pool creatures inhabiting the salty soup that is left when the tide goes out.

The Seaside Switch by Kathleen Kudlinski

Eye-catching paintings and rhythmic text describe life on the shore as the tide ebbs and flows. A great book for reading aloud!

A House for Hermit Crab by Eric Carle

“Time to move,” said Hermit Crab one day. “I’ve grown too big for this little shell.” So begins Hermit Crabs journey to find a new house. Carle uses his classic, eye-catching, cut-paper collage to tell a gentle story of change.

Star of the Sea: A Day in the Life of a Starfish by Janet Halfmann

A young orphan boy learns all of the secrets and dangers of a pirate's life.

The first book in this popular series. Two siblings, Jack and Annie, find a mysterious tree house that sends them back to prehistoric times.

The Magic School Bus: In the Time of the Dinosaurs by Joanna Cole

Ms. Frizzle and the Magic School Bus travel back in time to visit the dinosaurs!

Pi in the Sky by Wendy Mass

A highly entertaining tale that leads the reader deep into the mysteries of time and space.

Itch: The Explosive Adventures of an Element Hunter by Simon Mayo

Itchingham "Itch" Lofte makes a hobby out of collecting elements from the periodic table in this entertaining and mature middle-school book.

Hitchhiker's Guide to the Galaxy by Douglas Adams

Last Child in the Woods: Saving Our Children from Nature-Deficit Disorder by Richard Louv

Argues that direct exposure to nature is essential for healthy childhood development.